Anita and the Value of Our Voices 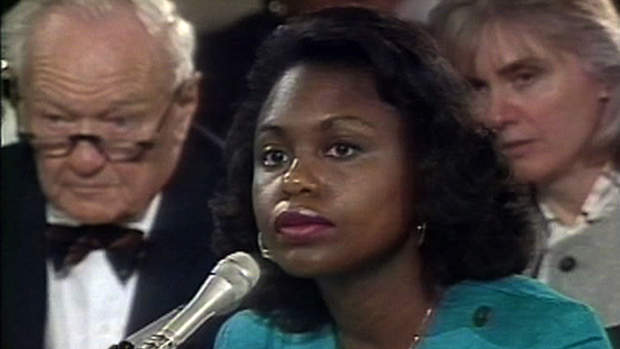 In 1991, Anita Hill was a law professor from Oklahoma when she appeared at a U.S. Senate hearing and accused U.S. Supreme Court nominee Clarence Thomas of sexual harassment. Ironically, Thomas was Hill’s boss at the U.S. Department of Education and the Equal Employment Opportunity Commission a few years earlier. Hill accused Thomas of talking about things like pubic hairs on Coke cans and the girth of his manhood. A panel of 14 male politicians challenged Hill, painting her as a liar and refusing to examine other women who also claimed sexual harassment against Thomas.

Shamelessly, Thomas played the race card and likened the hearings to a lynch mob. His ploy worked. Thomas was named to the Supreme Court, where he remains today. In contrast, Hill’s reputation was tarnished and her life threatened. Instead of hiding, Hill has began publicly campaigning against sexual harassment. This documentary by Freida Mock (Wrestling with Angels: Playwright Tony Kushner) solidifies Hill’s rightful place as a pioneer in women’s rights. 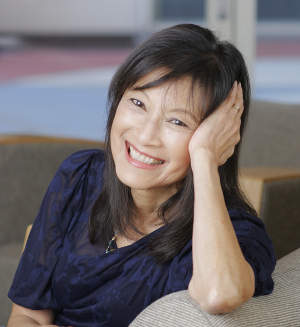 Mock’s Anita intercuts between the televised hearings and contemporary interviews with Hill, friends, family and colleagues. Anita is a powerful advocacy piece for Hill and her crusade — to a fault. The hearings are riveting and emotional. It’s clear who is telling the truth and who is manipulating it. However, once the hearings are done, the film elevates Hill to sainthood and feels like a P.S.A.

A key omission are follow-up interviews with any of the Senators who grilled her. In the extended discussion following the Hot Docs screenings, Mock explained that she couldn’t get now Vice-President Joseph Biden on camera and eventually gave up on the others: “I wanted to tell her story. What happens to a private citizen when they speak or come forward? The freshness of her story hadn’t been told.”

Hill did reveal to the audience a chance encounter with her most hostile nemesis, Sen. Arlen Specter, at an airport years ago: “Ironically he was coming back from a reunion at Oklahoma State University, which is also where I went. What was really interesting was that he said to me, ‘I’d love for us to work together.’” After the audience laughed, Hill continued: “It was so bizarre, but when I thought about it for him this was just another political event, but for me it was about my life.” Hill deadpanned: “We were never going to be able connect.”

Hill refused to comment about Clarence Thomas today. Instead, she discussed the historic impact of those October 1991 hearings made in America and abroad: “The question of gender representation in the U.S. Senate [and] the U.S. Supreme Court needed to be raised. What I think is wonderful about this film is that now that the glare and high-pitched coverage is now in our rear-view mirror we can start to look at some of those questions all over again. One film cannot answer all those questions, but it can give us a starting point to ask them again to a new generation.”

The sold-out audiences were a mix of older and younger faces, and Hill spoke to the latter: “In 2013, the issues are bigger than Clarence Thomas and what happened in the hearing room. These are issues that transcend workplaces…in universities and the military. These are societal issues that we need to address. We can learn from that episode, but they are bigger than any one or two individuals. The fact that those women weren’t heard is bigger than they were able to give testimony about Clarence Thomas. It’s about the value of our voices.”