DOUG BLOCK’S “THE KIDS GROW UP” AT STF 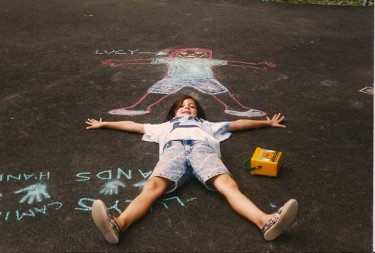 Last night’s Stranger Than Fiction screening of Doug Block’s The Kids Grow Up was a homecoming of sorts. Block’s previous foray into personal documentary 51 Birch Street was actually the first ever film to be screened in the series, a fact announced by its organizer, Thom Powers, when he introduced it (and his new baby) to the audience.

In 51 Birch Street, Block recounted how his mother’s death and his father’s subsequent remarriage crystallized doubts he’d always had about his parent’s marriage. Block’s latest outing, The Kids Grow Up, is similarly a family affair — it weaves archival footage of his daughter into a larger story of how he, like many parents, is dreading her leaving for college, terrified of what will happen when she leaves the nest.

A helicopter parent determined to give his child everything they didn’t get from his hands off father, Block finds himself incapable of accepting that all he gets in return for his almost obsessive affection for his daughter is her flight from his house.

Using the camera as both a journalistic device and an emotional crutch (a fact Block readily cops to in the film), Block becomes more and more focused on trying to document her every move during her senior year of high school, a turn of events that alienates her in ways he didn’t expect. As her impending departure date approaches, Block realizes that he must reconcile himself to the fact that the little girl he once loved is already long gone — the only place she remains is on the videos he can’t stop watching.

I spoke to Doug Block before the screening.

Filmmaker: How did you start making personal films?

Block: I was making a film called, Home Page. It was about these people who were doing these online journals…I thought I would use my family to show how that the internet was infiltrating the way even normal families interacted…Later, I was talking to a distributor at a festival, and I remember thinking the lead character was interesting, but the distributor was like, I thought your family was more interesting. I was surprised, but it put my family into a new light.

Filmmaker: The experiences you go through 51 Birch Street and The Kids Grow Up (discovering your parents marriage wasn’t all that great, struggling to let go of your child) are very typical of your generation. Do you have that in mind when you’re crafting your story?

Block: You always think as a personal filmmaker how does my story, how can it be a bigger story than my personal story, why would another person from another country be interested, what makes it universal, what makes it something bigger, something generational, so I’m always looking for that larger story.

Filmmaker: When did you know you were making an actual documentary and not just a family archive?

Block: Objectively speaking as a documentary filmmaker, not just as a proud parent, I could always tell this kid has got something on camera…It wasn’t until here senior year that it hit me, like oh, she’s gone, and I saw the ending of the film. I saw the structure of the story. Something about seeing the ending gives you the overall arc.

Filmmaker: Did you have boundaries about what you would and would not shoot?

Block: The biggest rule is that I’m a parent first and a filmmaker second. All along the way she had to be okay with it, and sometimes she wasn’t. That’s in the film, and I made a point of putting it in the film…. Over Christmas break, I screened about thirty minutes of footage, and it wasn’t the funny stuff, it was the hard stuff — my wife’s depression, [my daughter’s] breaking up with her boyfriend — I had to know she was okay with [the film]…. I told her I have to raise some money to edit this, and if you feel like this is going to ruin your life, let me know and I won’t do it. She said it wouldn’t and she thought it would be a good film.

Filmmaker: Does she still feel that way?

Block: She still hasn’t seen it with an audience…I think it’s important to understand she’s not inviting this. She’s not one of those kids who want their own reality TV shows.

Filmmaker: How important is an editor in your process?

Block: An editor is crucial. I know other personal filmmakers edit they’re own work, and God bless them, but I can’t do that. I am lucky to have worked with some extraordinary ones. I work closely with them, but I give them the freedom to bring their own storytelling and structural skill, which is important because I don’t have the distance.

Filmmaker: What’s the hardest part of making films about your own life?

Block: No one is interested in your therapy. The challenge is how to stand back from the story and who the characters are and what are the dramatic stories involved. Oftentimes, you know where you end up, so the hard part is the story at the beginning, how to set up all the information to get the story started. — Mary Anderson Casavant