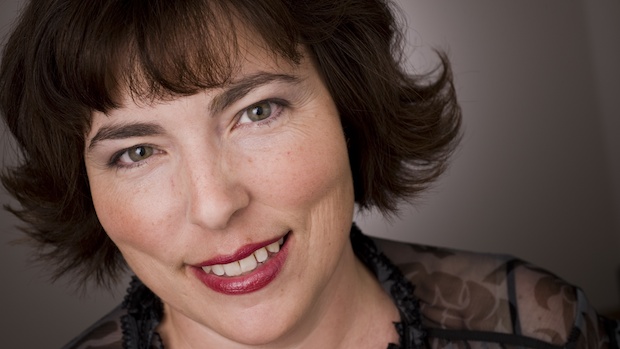 by Sheri Candler
in Distribution, Filmmaking
on Feb 12, 2013

Your film didn’t get into the A-level fests so far?

With Sundance, Berlin and SXSW having already been announced — or come and gone — for 2013, there are some disappointed filmmakers grappling with an official rejection and its impact on the life of their films. Not getting into a major festival is certainly not the end of the world, but being unprepared for anything except acceptance really can be the end if filmmakers haven’t planned and budgeted for the lack of a conventional distribution deal. Because it isn’t smart just to play the festival circuit and hope for a deal, here are a few tips filmmakers can use to take control of the future of your film release.

Improve your film through test screenings. I don’t think people do these enough, and with their target audience, not just their friends, family and crew. In fact, when someone tells me they have done everything they can to build an audience and the film is just not getting traction, I tell them to take another look at the film and test it in front of an audience that doesn’t have a stake in its success. Nothing else I say to do in the rest of this post will work if the film is weak. Make sure it is the best it can be.

Concentrate more on distribution strategy planning. This really can’t be emphasized enough because it still isn’t at the forefront of the filmmaking endeavor. Domestically, it is certainly possible for filmmakers to reach audiences and distribute their films through a multitude of services. If a major festival premiere does not materialize for your film and the offers for significant distribution aren’t forthcoming, use all of the tools available now to self release. For your theatrical release, use regional fests or demand-a-screening services like Tugg or Gathr. To sell streams globally from your own website, use Distrify, Dynamo Player or Assemble. Want to reach tablet viewers? TFC Direct will help you access iTunes/Amazon/Hulu/YouTube. Gravitas Ventures can help you reach more than 50 different cable VOD operators in North America and internationally, accounting for over 100+ million homes. Topspin Media can be used for email growth and management, shopping cart services for selling merchandise, audience analytics and marketing services.

International sales prospects for low-budget US indies will be limited, even for Sundance films unless they go on to play Berlin or Cannes. I posted an interview with an international sales agent on my blog who told me, just prior to heading into AFM, how tough the international market is for US indies. European digital distribution can be accomplished, but help will be needed http://www.rights-stuff.com/. There is actually a growing number of new digital platforms popping up in Europe, many non exclusive, as well as screening venue opportunities, but promotion will all be on the filmmaker just as it would be in the U.S.

Have a marketing and distribution budget. Otherwise you are completely dependent on making some kind of deal for distribution (i.e. no advance, lucky if you see a profitable release) or completely dead in the water financially with only the torrent sites to look forward to. Meaningful distribution (even by distributors who have been confessing to me that they are spending less and less to promote titles because they just aren’t seeing the recoupment themselves, let alone the filmmaker) can only be accomplished with a distribution and promotion budget. Even those involved with getting significant money from YouTube to create content for channels are making the classic mistake of spending ALL the money in production and nothing on promotion, to their detriment. You will need to use a combination of earned, paid and owned media to reach your audience and none of those are cost free in terms of money, time and labor.

Make sure the target audience for the film is solidified. If you really don’t have a handle on WHO your film is meant for and WHERE to find them, and HOW you are going to tell them about it with the resources at hand, this whole endeavor will fail. Partnerships, influencers, media contact lists, and tools used are all dependent on knowing WHO you need to reach, and this is especially hard for narrative films without notable names or festival pedigree. Find the emotional core of the work and build the marketing on that. There is no quirky-comedy fan hangout, no coming-of-age drama fan hangout. No one place that all women ages 25-45 congregate. Boil the audience characteristics down! How will your audience find out about your film? A distributor also wants to know this. They want to know there is at least a core audience started from which to expand wider. That makes your film so much more attractive as a buy, especially if it looks like a challenge to market. Every buyer is scared now. They don’t want to take on anything that could be a challenge.

It starts with a strong film made for a distinctive audience that you can reach with your resources. Festivals can be great launching pads for films, but not all festivals are equal in attracting distribution deals. If your film hasn’t made it into the majors, make sure you have actionable plans for launching it yourself.

Sheri Candler is the Director of Digital Marketing Strategy at LA-based non profit organization The Film Collaborative. She advises independent filmmakers on how to build an artistic brand and an engaged and robust online community for their work that can be used to monetize effectively. Follow her on Twitter @shericandler.

On February 22, she will be speaking in Winnipeg at IFP Digital Marketing Workshop: Market, Motivate, Mobilize.