“We Were Re-Traumatized by Working with the State.”: Jasmín Mara López on Her Hot Docs-debuting Silent Beauty 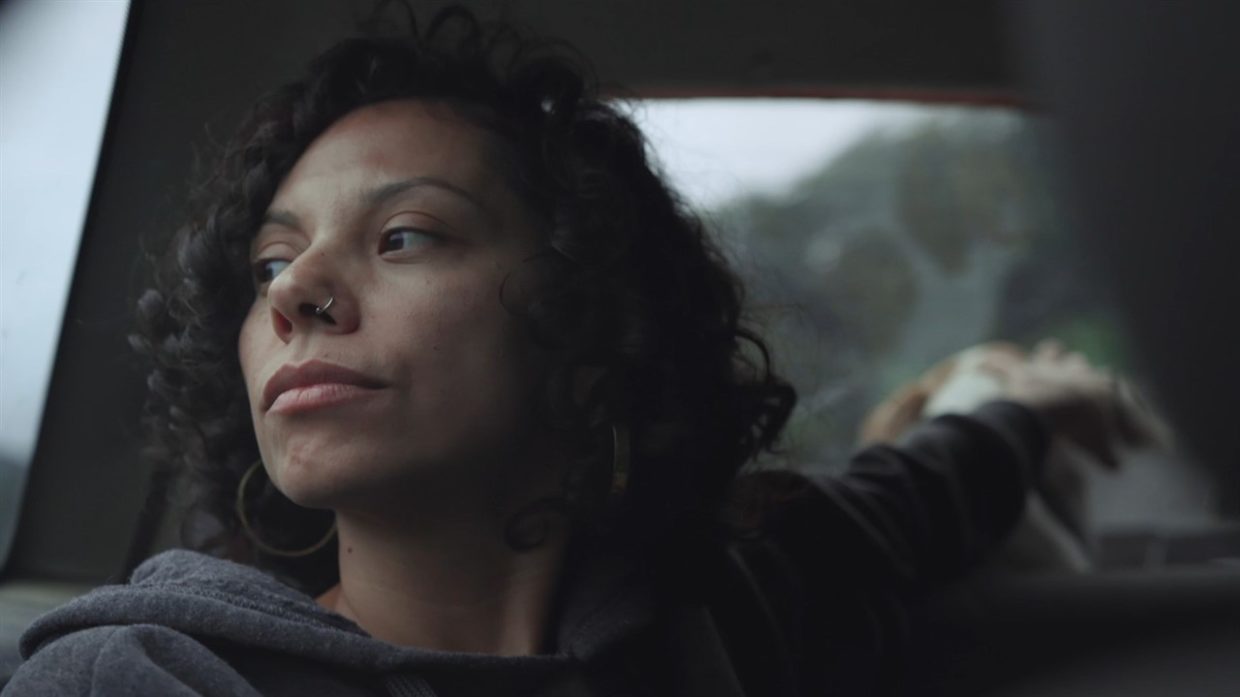 by Lauren Wissot
in Directors, Interviews
on May 2, 2022

Jasmín Mara López is a journalist, audio producer, and nonfiction filmmaker whose 2015 audio doc Deadly Divide: Migrant Death on the Border received the Society of Professional Journalists’ Excellence in Journalism Award. But the Los Angeles and New Orleans-based director-producer, an immigrant rights advocate with family ties to Mexico, is also a victim of trauma herself. And even more tragically, not at the hands of any faceless government bureaucracy but by those who purport to love her the most.

It’s a harrowing tale, one López heroically, and with brutal honesty, dives headfirst into in her Hot Docs world-premiering Silent Beauty. The courageously intimate film explores the sexual abuse, both perpetrated and experienced by generations of her own family, and the culture of silence she’s now intent on taking a sledgehammer to. Starting, remarkably, with herself. Determined to name and shame her Baptist minister grandfather, López embarks on a surprising spiritual and physical journey, connecting and reconnecting with far too many female relatives with accounts painfully similar to her own.

Filmmaker caught up with the first-time filmmaker to find out why she decided to combine frank conversations with a trove of family movies (from the archive of her abuser no less) – exposing herself so vulnerably in the process. But also how she managed to sift through the fragments of her shattered childhood, and reshape those pieces into one joyful feature-length mosaic. Silent Beauty screens Hot Docs theatrically May 3 and May 7, and virtually May 4-8 (geo-blocked to Canada).

Filmmaker: I find it fascinating that you created this film almost as a guide for other survivors, using your own experience, full of both missteps and unexpected joy, as a case study in healing. But then I wondered if this doc would even have been possible had you not put yourself front and center (i.e., “gone first” with your raw honesty). So did this “public service” framing play a part in convincing your female relatives to feel comfortable opening up on camera?

López: It wouldn’t be the film or story it is today had I not “gone first,” but that was actually a challenge for me during the filmmaking process. While I was set on sharing my story, I insisted that I wasn’t going to be in front of the camera much if at all. My initial idea was to tell the story using only the archival material, then it grew from there. I started to meet other survivors who were moved to begin their own healing journeys after hearing about mine. I also met collaborators and mentors who encouraged me to think bigger, and helped me to see the value in being in front of the camera. I am pretty shy and generally don’t bring attention to myself but I found speaking my truth through storytelling very empowering.

It didn’t take much to convince the women in my family to participate in the film. There was no convincing really. They all approach life with a “public service” framing, so they saw this as an opportunity to reach others, especially people who experienced life the way we did. I didn’t have to spell it out – they knew what this could be. Taking a horrific experience and doing good with it is an act of healing. They wanted to help others and dropped everything, including the fears and shame they were made to carry, to support me in this. I’m very proud of them.

Filmmaker: I’m also wondering how your background as an audio producer influences your documentary filmmaking. Do you approach the element of sound design in a particular way? Has it made you a better listener?

López: My background as an audio producer absolutely made me a better listener and filmmaker. Sound has played a huge role in my life, which I realized while making this film. I grew up in a Southern Baptist Church – my grandfather was a minister – so song and sermon were central to my experience. My grandmother, who I knew as mother, recorded the sounds of our home throughout my childhood. I still have those cassette tapes. She was my first mentor in sound.

I thought a lot about home while making this film. Because of those cassette tapes I could close my eyes and revisit the spaces I loved, and come up with ways to bring that back to life. Because this is a film about beauty, not just abuse. Some days I’d lay on my living room floor listening to the cassette tapes, and I would remember something important for the film or draw inspiration from memory and sounds.

As I started to pitch my project people would pick up on ways that I spoke about the film and sound that I hadn’t realized myself. I knew I wanted sound to play an important role, but I also knew I couldn’t do this alone. I invited Gisela Fulla-Silvestre to work on my sound design. She’s a composer, music producer, and sound designer/mixer from Barcelona who is now based in Brooklyn.

Without giving too much away, Gisela and I worked together to recreate experiences, feelings, as well as an ancestral soundscape. It was hard work but so fun. We spent two and a half years in conversation about my film and vision before actually diving in. The last few months of production were incredibly difficult as there were many challenges and setbacks, but she gave much care to this work. So not only is she a brilliant sound designer she’s the best kind of collaborator – a dedicated and patient one.

Filmmaker: The film relies heavily on archival footage shot by your abuser, which brings up a whole host of thorny questions, to say the least. Though you’ve blurred faces, did any estranged relatives challenge your right to even use this material?

López: My grandfather, my abuser, was very close to my mother until the day I disclosed to her in 2014. He had given her the Super 8 archive, along with other relevant materials you learn about in the film, because they were moments from my childhood. My mother also filmed some of the footage you see in the film. There are people that tried to keep me from speaking the truth, but no one challenged me about making this public or using this material. They knew what I was doing and I gave them the opportunity to reach out to me. I think estranged relatives hoped that I would disappear.

Because I believe this film could encourage healing within my family I made the decision to blur a few faces. To try my best to do less harm.

Filmmaker: The film also brings up the (woefully underexposed) interplay between abuse allegations and immigration policies. One of your own siblings bravely went to the police to report on her abuser, which resulted in not just jail time but ultimately deportation for him. Now other family members blame her for instigating this added punishment. So as someone who’s long focused on immigrant rights, do you have any ideas for mitigating such fallout for survivors who may also be the victims of (re-traumatizing) government decisions?

López: I would first like to state that deportation isn’t the solution to this problem. This country deported a pedophile knowing that he could possibly abuse children in another community. We lock up or ship off the “monsters” but don’t address trauma in these individuals to heal the root of the problem. We avoid finding solutions because we want to pretend this isn’t happening to the degree that it truly is. We don’t want to accept that our children could become perpetrators so we don’t talk about that.

In terms of mitigating the fallout for survivors, there isn’t one answer for this. Each survivor will need support that’s individual to their experience, and not every family will respond in the same way. Most families don’t have resources or the capacity to fully support a child through this.

We didn’t. For my family, going through the state was all we knew to do. We weren’t aware of other options. My family was not equipped to care for the wellbeing of a sexually abused child. We didn’t know about transformative justice, or other community and healing-oriented solutions. Our own church silenced and swept abuse under the rug, so they weren’t going to provide adequate support.

There are some social services for victims but they are limited to short periods, often require navigating a lot of obstacles, and lack outreach. It’s very limited support and often isn’t extended to the children and family members that are also affected. We were re-traumatized by working with the state. And we were re-traumatized by our family’s inability to properly support us.

Some of the survivors in my family remain silent today because they were re-traumatized by my family’s response. A bigger dialogue needs to be had within society and our communities because we continue to harm children who are sexually abused. Families need to have a better understanding of their options in supporting their children.

Filmmaker: I read in the press notes that you also have a Silent Beauty installation. Is this part of a larger impact campaign?

López: Yes, I have big plans for the impact campaign and installation. It’s an opportunity to honor the stories of other survivors, and I’m looking for partnerships that will help me bring it to the public. Since the day I first pitched my film idea at the New Orleans Film Festival in 2015, survivors of child sexual abuse started to reach out to me. While it was challenging to know how to respond to each one, they kept me going. Many of us kept in touch and we eventually recorded our phone conversations, writings from their teenage journals, and other creative outlets. I want to work with them to build an installation that not only shares their stories but that also showcases the beauty in their life, the beauty in them.

I don’t know if they realize how significant they are to my journey. They are why we made this film.