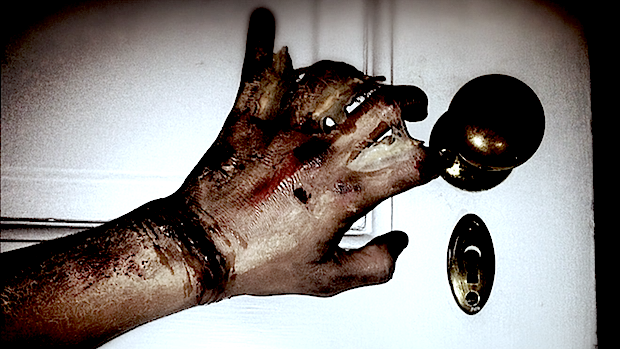 by Scott Macaulay
in Actors, Filmmaking, Interviews, Screenwriters
on Jan 9, 2013

New York-based Deborah Twiss burst on the scene as the co-writer and star of the 1997 thriller, A Gun for Jennifer. The film achieved cult success in the U.S. and abroad, and since then Twiss has built a diverse career by juggling multiple hats. For Eric Schaeffer’s After Fall, Winter, she co-produced and acted. For School of Rock: Zombie Etiquette, she starred and wrote. She wrote and directed her own feature, In Between, in 2005, and she also regularly appears in both mainstream movies (Kick-Ass) and television (Law and Order). Now she’s producing and wrote the screenplay for a psychological horror film, Sebastien, in which she plays alongside Eric Roberts and Cathy Moriarty. The project is currently in the midst of an Indiegogo campaign to raise $30,000 towards its production budget. Below I ask Twiss about Sebastien, the evolution of the underground film scene and how to make it as a multi-hyphenate.

Filmmaker: What was the inspiration for the screenplay of Sebastien?

Twiss:  The story of the film was actually inspired by a series of hauntings we experienced as a family in the brownstone we used to live in in Cobble Hill, Brooklyn. When my daughter was only 1 1/2, she would suddenly freak out and begin trembling and keep her eyes closed, terrified to speak. After, she would say, “It’s the bad boy mommy. He hits me.” When she was 2 she was bitten by my brother’s dog, a totally sweet, amazing, docile dog who never had bitten anyone before. My son, who was 3 1/2, told us that the “Bad Boy made the dog bite.” Horrifying. A few days later I had a dream, a nightmare, about who this was and why it was happening. That nightmare is the basic plot of the film.

Filmmaker: What are some of the themes or issues explored in it that differentiate it from other haunting and possession type films?

Twiss: It is true, I’ve seen this type of story dozens of times. City family moves to the country, of course they choose a house that is haunted, blah blah blah…. The difference in this is on several levels, beyond the fact that this is based on real events. This has an entire psychological drama aspect to it that really explores family and the dark secrets that disfigure an entire way of being and thinking. To keep the dark side hidden, how far are we really willing to go? And what are the real ramifications? It’s intriguing to me to explore the human psyche and how we strive for an inner balance. When one aspect of the personality becomes totally out of whack, there’s almost always something else that arises in the form of addiction, abuse or obsession. Ultimately the film is about the physical, emotional or psychological disfigurement each of us tries to hide from but always seems to find a way of expressing itself and coming out of the dark and into the light. 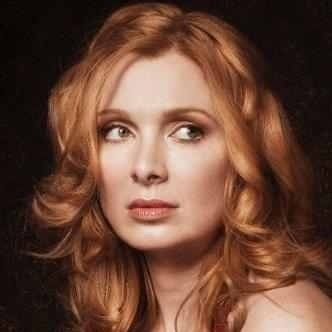 Filmmaker: How did you cast and attach Eric Roberts and Cathy Moriarty to the film? And how about the director of the film?

Twiss: I was really lucky to interest an amazing indie film casting director goddess, Donna McKenna, based on the script. She read it and immediately started reaching out to people….she is super cool and has great relationships with actors. It’s because of the relationship she has with Eric Roberts and with Cathy Moriarty that she was able to just call them up and say, “You need to see this. This is an amazing role for you.” Both Eric and Cathy read the script and loved it so much that they immediately signed on. I’ve since upgraded Donna to a producer because she is just THAT wonderful and deserves way more than a casting director credit. She’s helping with locations and crew and everything. Incredible.

My dear friend, Zachary James Miller, a French/American living in Paris, is directing Sebastien. We met in Cannes years ago during the Gun for Jennifer days and always stayed in touch. He has a background in paranormal studies as well as having directed documentaries and shorts so it seemed like a perfect fit.

Filmmaker: You first gained notice with A Gun for Jennifer, which had a lot of success on the underground circuit, both domestically and internationally. How has that world changed since then and what kind of support does it continue to provide to you and your work?

Twiss: Yes, some things are different in the indie film world now, but also the same. There’s also the side where some things are better and some things are worse. It really comes down to a case by case experience I think. We were incredibly lucky to have the international and cult success. The really great thing is that because of the crazy popularity we achieved with Jennifer overseas, with Sebastien it is easier to manage a couple of pre-sales. It’s really cool, too, that so many of the international friends I ran around the film fest circuit with in the ’90’s have moved up within the industry and are now decision makers at some foreign film and TV companies. I guess the lesson is that if you stick with it long enough, you all move up and make your dreams reality together. Pretty awesome.

Also, Jennifer was shot on 16mm and blown up to 35mm. That was such a huge cost of the film. The digital revolution has done what had been predicted: it democratized indie film production. With current technology, a well shot film done with RED or even 5D can look like 35mm.

Overall, no matter when anyone has ever lived during the history of filmmaking it’s never been easy, but that’s also part of the excitement–to rise above the challenge. And then the level of satisfaction felt when you stand at a festival screening with a huge audience is just beyond anything….I think that will always be the same.

Filmmaker: From the beginning of your career you’ve been an actress, producer and director. What advice do you have for other actors or actresses who want to develop those diverse skill sets?

Twiss: To borrow from “Nike”….JUST DO IT. If you want to play a lead role, write it. If you want to play a different kind of character, make a short. You don’t know anything about how to make a film? Work on as many student films in the crew as possible. Too overwhelming? Start with putting together your own theater night. Just do something. One thing always leads to another and in this business the more you believe in the journey and create a path, the more doors will open. It may not be what you’d originally “planned” but it’ll be amazing and you’ll feel good about your world as an artist. And you’ll probably meet some really fantastic people who will join you on your journey along the way.