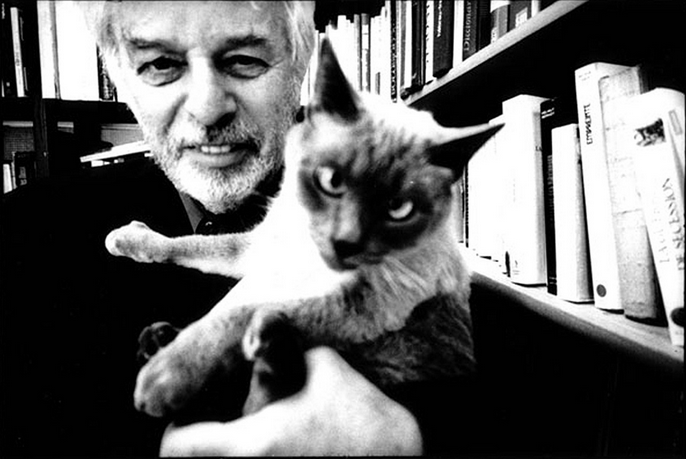 The SXSW Film Conference and Festival has announced the first batch of premieres for its 2014 edition, including Jon Favreau’s Chef, the Veronica Mars movie, and acting-screenwriting ventures from Jeremy Sisto and Mark Duplass. Joining the aforementioned narrative titles are Doc of the Dead, which charts the evolution of the zombie genre; Leave the World Behind,  a portrait of Swedish House Mafia; and Fox’s series remake Cosmos: A SpaceTime Odyssey, as hosted by astrophysicist Dr. Neil deGrasse Tyson.

Said Janet Pierson of Chef, the opening night film, “Jon Favreau’s wonderfully entertaining return to independent filmmaking works beautifully as our 2014 Opening Night Film, with his sharp and funny take on the world of food, artistry, and family in the age of social media.”

Also of note is a conversation with the legendary Alejandro Jodorowsky, in honor of his new feature, The Dance of Reality, and the return of the ever-popular “Jeffrey Tambor’s Acting Workshop.”

The Film Conference and Festival will take place from March 7 – 15, 2014, in Austin, and you can read up on the titles below.

Chef (World Premiere) Director: Jon Favreau, Screenplay & Story: Jon Favreau When Chef Carl Casper (Jon Favreau) suddenly quits his job at a prominent Los Angeles restaurant after refusing to compromise his creative integrity for its controlling owner (Dustin Hoffman), he is left to figure out what’s next. Finding himself in Miami, he teams up with his ex-wife (Sofia Vergara), his friend (John Leguizamo) and his son (Emjay Anthony) to launch a food truck. Taking to the road, Chef Carl goes back to his roots to reignite his passion for the kitchen — and zest for life and love. Producers are Jon Favreau and Sergei Bespalov. Executive producers include Molly Allen and Karen Gilchrist. Open Road Films will release Chef in May 2014. Cast: Sofia Vergara, Scarlett Johansson, John Leguizamo, Bobby Cannavale, Dustin Hoffman, Oliver Platt, Robert Downey, Jr. and young actor Emjay Anthony.

Creep (World Premiere) Director: Patrick Brice, Screenwriters: Patrick Brice & Mark Duplass When a videographer answers a Craigslist ad for a one-day job in the outer-exurbs, he finds his client is not at all what he initially seems. Cast: Mark Duplass, Patrick Brice

COSMOS: A SpaceTime Odyssey (Special Event with Neil deGrasse Tyson) Director: Brannon Braga As with the legendary original series, FOX’s new COSMOS is the saga of how we discovered the laws of nature and found our coordinates in space and time. The series is hosted by renowned astrophysicist Dr. Neil deGrasse Tyson and brings to life never-before-told stories of the heroic quest for knowledge, transporting viewers to new worlds and across the universe for a vision of the cosmos on the grandest — and the smallest — scale. Executive Produced by Ann Druyan, Seth MacFarlane, Brannon Braga and Mitchell Cannold.

Doc of the Dead (World Premiere) Director: Alexandre O. Philippe The definitive zombie culture documentary, from the makers of The People vs. George Lucas. Doc of the Dead traces the rise and evolution of the zombie genre, its influence on pop culture, and investigates the possibility of an actual zombie outbreak.

Leave the World Behind (World Premiere) Director: Christian Larson A documentary following the final tour of the hugely successful band Swedish House Mafia. The film depicts the EDM scene at its peak as well as telling a story of friendship and success. (United Kingdom)