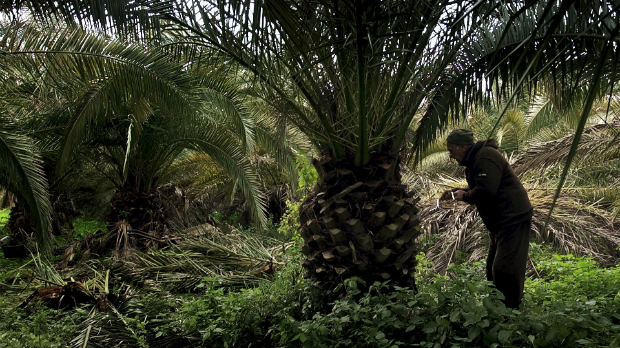 Halfway through, it’s too early to take the overall temperature of True/False 2014 in its 11th year (my fifth attending, each year with the hotel paid; full disclosure). All smooth so far, though it’s early going, so let’s forego atmospherics at this point and jump into one of the festival’s world premieres, Approaching The Elephant. (“Thanks for everyone being here for basically the highlight of my life,” director Amanda Rose Wilder said in her introduction.) The subject is “free schools”: further left on the continuum than Montessori, and (at least as practiced by the subject school’s founder Alex Khost) an exercise in allowing children to set the educational agenda so they can discover their own identities and regard/empathize others as distinct individuals in their own valuable right.

Khost started the Teddy McArdle Free School in Little Falls, NJ in 2007. In Approaching the Elephant, the nascent institution’s first year is ruthlessly edited into initially disorienting black-and-white shards of faces, hands and bodies in close-up destructive action by festival mascot/director Robert Greene (director of big-time premiere Actress, to be covered in my next post). The film approximates the subjective chaotic world of children given the rare freedom to figure out what they want to do (namely, rage) in an ambiguously structured environment. “There’s definitely a certain amount of ‘is this really working,’” Khost concedes in a rare adults-only chat moment, but concludes it’ll take 20 years to find out.

Kids screaming all sound the same at first; it takes time for the film to unveil the ethical duel taking place between two of them. Jiovanni’s a long-haired wild child, prone to standing in the hallway and disruptively blaring a saxophone for attention. He’s dangerously close to being a bully, and regular foil Lucy doesn’t like it, though she’s not sure where the lines of permissible behavior should be drawn. At one of the school’s administrative meetings (a proto city council gathering, with points of order and votes on the issues of the day), she first voices her opposition to any school rule that would outlaw violent games, then turns around and proposes a rule that saying “stop” requires that someone else stop their negative actions.

Jiovanni’s meandering attempts at playing the piano increasingly dominate the soundtrack, drowning out others as a neat way of demonstrating how his individual presence threatens to extinguish the group project. There’s a scene where, after being chewed out for essentially being a total jerk, he sullenly refuses to admit fault. It took me straight back to third grade; for former problem kids like me, I suspect it’ll be hard not to look at Jiovanni and guiltily admire his relentless free spirit instincts. His repeated disruptions lead another child to yell at him in a meeting for taking every chance he’s given and throwing it away, a speech that’s remarkably similar to an intervention meeting or adult speech canceling a friendship with a self-destructive person.

Approaching The Elephant‘s adolescents are smarter than 80% of the regulars at my local, but intelligence won’t save them; this is a democracy in inaction. The kids do learn to have meetings and lay down the law for themselves, but it’s a victory of attrition against a charistmatic negative force. “Why are you mean?” Lucy asks. “Because I’m bored,” says Giovanni with the candor of self-aware self-destroyers who know exactly who their enablers are. The film works as a parodic demonstration of a nascent democracy, as a portrait of feckless youth, and a study in how charismatic jerks abuse their leeway; it’s a multivalent winner, all the better for its deliberate, focused confinement to one space.

A different kind of compression: Demonstration is assembled from footage shot almost entirely on one day by 32 students under Victor Kossakovsky’s tutelage at Barcelona’s Pompeu Fabra University. One of Kossakovsky’s favorite tactics is to underline imagery with seemingly incongruous music, a gambit taken to near-exhaustion in 2011’s ¡Vivan las Antipodas!, which soundtracked dead-end rural Argentina with ironically upbeat Cuban revolutionary folk songs, laid frantic tangos on top of urban Shanghai and so on. Cross-cultural juxtaposition is key, and for Demonstration Kossakovsky has a good reason to employ heavily in the score Austrian composer Ludwig Minkus’ music for a Russian Don Quixote ballet production: it was being performed in Barcelona on March 29, 2012, the day of marches and general airing of grievances against the government, widespread unemployment, general economic inequity et al.

Demonstration posits that taking to the streets is a necessary, highly ritualized spectacle whose predictability doesn’t delegitimize its participants’ grievances. The imagery of an urban population taking to the streets in an enraged mass to protest some form of economic injustice is familiar enough: placards and banners at the fore, chants bringing up the rear, giving way in especially aggrieved circumstances to burning dumpsters, rocks through corporate shop windows and confrontations with police firing rubber bullets and tear gas with seeming indiscrimination. A trumpet’s blare announces both a line of protesters and the arrival of the police, with footage often cut directly to music.

This potentially over-cute tactic is executed cleanly in 70 deft minutes from a multiplicity of cameras, some higher-res than others. The shadows of students bearing cameras on tripods precede them, roving the crowds in an admirably make-do Steadicam approximation. A more embedded POV dominates and the music cuts out entirely as events escalate with seemingly inevitability. One of the film’s three subtitles — “32 Fouettes Of A Camera,” with camera as ballerina performing the notoriously difficult spin sequence – is literalized when, at a demonstration from later that year, the 360-spinning gaze comes to an abrupt halt as one Esther Quintana, her left eye struck by a rubber bullet, is led by the police to a car.

Ritualized and faux-carnivalesque as the proceedings are, this closing physical injury leaves no doubt of the film’s sympathies, even as the choice of title score calls the efficacy of such gestures into question. Quintana is one of two participants who view the strike footage and comment on it in bookending and interspersed moments; the other is elderly radical Pere Cuadrado, who lies in the street and yells at the cops to kill him. “Stop shooting! We’re provoking him!” an off camera voice panics (illustrating the two other titles, “Are We Guilty” and “To Shoot Or Not To Shoot”), and, if the gesture’s admirable, even Quintana’s skeptical. She admires Cuadrado’s bravery but, she asks, “why sacrifice yourself for the sake of everyone?” Demonstration admires its subjects’ spunk even as it wonders whether their work transcends sterile spectacle. Neat if not revelatory, it finds middle ground between unflappable activist zeal and reactionary scorn.

The film that’s brought me the most pleasure at the festival so far is Gianfranco Rosi’s Sacro GRA. An Italian documentarian who’d previously never made a film in Italy, Rosi is a masterful framer; from start to finish, the film is compositionally on-point. The GRA is a freeway running around Rome, and by Rosi’s own admission making a film about the stories of the people living in near proximity is “a narrative pretext,” one which allows him to film anything he’d care to. There are slowly trailing helicopter shots of the city in action, excursions to a mass Catholic public ceremony, a sequence in which multiple people’s apartments and routines are viewed from the same high right-and-looking down angle; anything of interest, filmed in whatever manner’s suitable.

Beginning with the dreamy pixelated blur of out-of-focus cars streaming abstractly along, Rosi cuts abruptly to an ambulance’s interior and an admirably unflappable EMT in action, but soon enough he takes in the surreal sight of sheep grazing en masse along the perimeter; later, it’s time to hang out with a man who listens to palm trees, inserting his mic to hear insects gnawing away at them. Rosi feels free to repeatedly return to his subjects or do a one-off run-and-gun; if there’s any coherent thesis behind the film, it might come in the palm tree man musing on the sounds of the destructive insects, “the sound of the orgy, the awful feast.” Such is urban life: as one apartment muser suggests, “if you’re scared, you should never live in places like this.”

Other recurring subjects — the EMT, an eel fisherman, a DJ of Mexican party jams — are linked by proximity and nothing more. With little overt linkage (dialectical or otherwise), it’s hard not to suspect that some kind of “state of the nation” referendum is intended: these are people marginal to the city’s public life, irrelevant workers and dreamy eccentrics, and it’s precisely their marginality and survival tactics that make them both endearing and regrettably out of the national conversation. Though the film meanders a bit too long — there’s no sense of urgent necessity, and the sense of a potentially infinite film with no coherence induced minor impatience eventually — its hypnotic reverie effectively worked its charms on me.