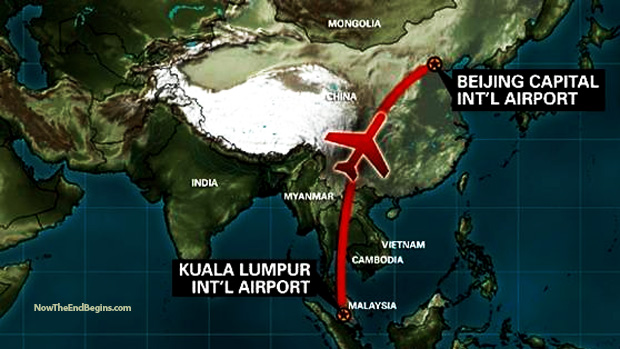 In addition to being a novelist (All That Is) and screenwriter (Downhill Racer, The Appointment), James Salter is also a pilot. Over at The New Yorker he, like the rest of the world, is pondering the fate of Flight 370. In particular, he imagines the moment at which sleeping passengers may away during their overseas flight to realize that something is astray….

But the Malaysian airliner was not lost. It was on course on a long, late-night flight to Beijing. I am identifying now with the passengers. An hour after takeoff, some are already asleep. The plane is flying smoothly at altitude. Only a change in engine power would have gained anyone’s attention. If, in fact, there was a change of course in a turn to the left, it may have been a very gentle turn, almost unnoticeable. Everything is proceeding normally. The fact that they are no longer in communication with anyone or anything on earth gives the plane and its passengers, most of whom are by now sleeping, the equivalent of invisibility.

Does this particular plane have the small television screens that show altitude and airspeed and then distance to destination and estimated time of arrival? Do the screens show a map and the course?

One of the pilots, most likely, knows where they are going, possibly both pilots. Possibly even a third or fourth person. But at some point the cabin crew will realize that something is wrong. The passengers know nothing, and, even if there is finally some understanding or feeling of unease, what can they do? They realize that they have been flying for too long, dawn is breaking. There have been no announcements, or, worse, there has been an ominous announcement that causes panic. At some point, the passengers, perhaps coming out of sleep, know.

More at The New Yorker on Salter’s film work.