Sound Bleed and Trailers From Hell: Five New(ish) Aspects of the Multiplex Experience 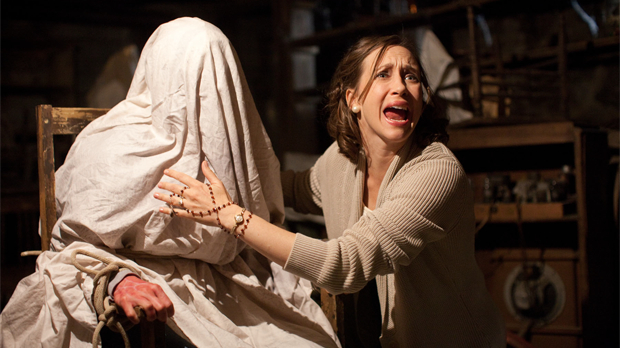 The onset of summer movie season traditionally regularly journalistic notes on the current state of multiplex moviegoing, with a heavy emphasis on the incivility of unrepentant talkers and wielders of mobile devices. Serious consideration of the changing experiential aspects of normal multiplex visits are few and far-between; though my perspective is skewed by the particulars of mostly attending NYC’s multiplexes, some newish norms seem worth noting.

Special screenings and parallel tracks are unignorable, even if not attending them
According to Dealflicks (a sort of Priceline for discounted movie tickets), 88% of movie theaters are empty. High ticket prices and worry about declining attendance rates have led theaters to be open to routinely integrating non-“movie” one-off events, from the seemingly ubiquitous Metropolitan Opera broadcasts to niche one-night-only specials (live concerts, drumline contests, Glenn Beck monologues). Bollywood films are also a steady presence, as are other popular national cinemas (see AMC Theaters’ programming at demographically appropriate theaters of films from China, South Korea and the Philippines).

Some of these offerings are advertised before the movie trailers, others are only glimpsed in passing — noted on the marquee or in posters for unfamiliar titles. It’s impossible not to be aware of programming aimed squarely at enticing those who might not otherwise attend. The primary multiplex purpose of providing a site for the long-term-ish exhibition of a comprehensive cross-section of recent studio offerings has shifted into making movie theaters a more mutable space. There’s a strong, intriguing sense more things are going on than can be immediately or easily grasped.

A blatant contempt for audiences via oppressive advertising
Presuming audiences to be captive subjects with no viable alternatives — often truly the case in areas only serviced by a smattering of chain outlets, with no independently owned theaters — multiplex audiences are subjected to staggering quantities of advertising before the show, with a heavy emphasis on forthcoming TV series and spots for soft drinks et al. In its newish bumpers, the AMC Theaters logo meaninglessly explodes into the word “GEICO” — presumably a sufficient cue to prod audiences into inquiring as to whether they can save 15% or more on their car insurance in just 15 minutes. Such advertorial content is strung together into hefty blocks of time; if one were to show up in time to catch the entire 20-minute “pre-show,” along with the trailers that followed afterward, the viewer of a two-hour movie will have spent a third as much of that running time being repeatedly pitched for products and various forms of “content” in its most generic sense.

More uniform technical presentation
The great digital conversion, while not without significant stumbling blocks — see reports from a few years ago of Boston movie theaters projecting 2D movies with the 3D lens on, resulting in a darkened image — has generally resulted in more homogenously acceptable baseline projecting conditions. There’s been a parallel emphasis on making sure all auditoriums have up-to-date sound. The multiplex of my formative years had three auditoriums with full THX and the works up front, with four smaller and dowdier halls with less expensive sound at the back. Though hall size in 16-and-more screen multiplexes can vary, sound is now pretty much the same in all of them; there is very little difference presentation-wise from one multiplex to another.

Sound bleed is common
With said jacked-up sound and a proliferation of movies to make full use of them come deafening roars that bleed from one theater to the next. Viewers going to see anything can expect to hear muffled roaring from afar throughout the quieter passages of whatever they’re watching (should there be any).

The jolting normalization of routinely terrifying trailers
With the always-healthy horror genre at a particular commercial peak right now, a new wave of trailers is aimed at immediately scaring the daylights out of viewers right then and there as proof that the whole movie can deliver. Compare/contrast a relatively typical example of past horror movie trailer practices like the 1996 green-band trailer for Scream with the straight-up terror effectively and instantly raised by e.g. this trailer for The Conjuring. Unusually wussy spectactor though I am, surely I’m not the only person regularly and unpleasantly scared out of my mind while waiting for a movie to start. Horror movie trailers once mediated between the scares and audiences possibly unwilling to experience them through voice-over narrators and other devices meant to buffer the intensity of the shocks; now they’re an exhibition of same. They’re often insanely intense, yet considered suitable for casually tacking on before comedies and low-key dramas.