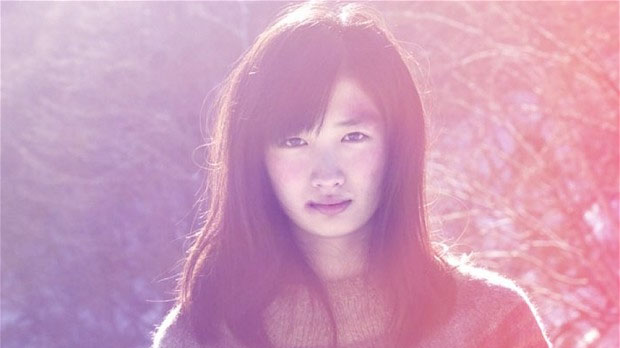 The Tale of Iya

The Tokyo International Film Festival is having something of an identity crisis. This year saw the arrival of Yasushi Shiina as the festival’s Director General. He acknowledged that the festival faced a list of problems. Chief amongst them is that despite it being the 26th year of the event, it hardly registers a blip on the overcrowded film festival calendar.

“What I think is my job is that we tell the world that the Tokyo Film Festival exists in Japan and we let the world know that,” Shiina said. “We don’t want to be isolated.”

He cited a number of problems that the festival faces if it is to achieve this goal. One was the fact that Tokyo surfaces at the end of October. That’s after Venice, Toronto and Busan, cities with more established film festivals that take the cream of the world premiers.

The opening night film in Tokyo was Captain Phillips. Tom Hanks bowled into town. For a Japanese audience it was great, but given the “international” ambitions of Tokyo, it did seem to be a bit of an after party with Hanks having already introduced the film as the opening night gala in both New York and London. Being third in line is not going to inspire the international press corps.

Shiina readily admits, “October is a bad month.” But then posits that with so many international festivals on the calendar there is not really a good month to move to.

There is no doubt though that Tokyo would benefit from moving dates. It’s not so much London and New York that is the problem, but Busan. The South Korean festival situated only 650 miles away from Tokyo is the most prominent film festival in Asia. It ends just as the Tokyo event begins. Busan has an absolutely amazing cinema centre, it’s arguable that the Double Core building is the best festival venue in the world and that includes the fabulous TIFF Lightbox building in Toronto. The facilities are second to none, great cinemas, great industry venues and 299 films, including 90 world premiers at 7 different venues.

Shiina also voiced concern at the number of screens available in Tokyo: just seven. He said that he attended the Busan festival and saw his South Korean counterpart Lee Yong-Kwan and there was a look in their eyes and an acknowledgement that the festivals should be further apart from each other. Clearly Tokyo would be the festival that had to movie. But how that will come about is a question for another day.

Yet as Venice this year proved, size isn’t everything. A festival with a limited number of screens is often better for audience, filmmakers and programmers. A smaller scale ensures that the program has to be curated and with less competition with rival screeners, smaller films actually get a chance to punch above their weight. Marketing people exploit the fact that it’s human nature to venture to films that are seen as events, whether because of the director, cast or the special effects so it’s great when that temptation is taken away from you.

So when you hear that the buzz film is a near three-hour opus from Tetsuichiro Tsuta, the only director in the festival who shot (and insisted his film be projected) on 35mm, the screening is going to sell out.

The Tale of Iya, from the first snowflake that drops out of the sky onto a sparse mountaintop, is poetic magical realism. Walking through the snow is a middle-aged man wrapped in traditional Japanese clothing. He arrives at the aftermath of a car crash. A man is lodged through the window. In the distance, in front of a freezing lake, he spots a small movement, a baby crawling.

Without the need for any words the 29-year-old director coaxes us into the world of Iya, a community where agriculture has lost its ability to feed mouths, and the population has dwindled. The only new arrivals are those working on a motorway road, and a group of foreign students protesting the building works. There is a love story and a tale of parental responsibility glacially occupying the screen time. As easily as the clock ticks by, events take place that have the surprise and genre-bending nature of a Murakami novel, or imagine an Edgar Wright film not aimed at 12-year-old boys and subtle almost imperceptible genre changes.

Tesuichiro Tsuta is a name you will not be allowed to forget. I will be mightily surprised if he isn’t securing competition spots at Cannes in the next decade. What’s surprising is that this film, which won an Asian Future Special Jury Mention, did not play in the main competition in Tokyo. For my money, it was more stunning than the two Japanese entrants, Koji Fukada’s entertaining Au Revoir L’ete and Hidio Sakaki’s Disregard People.

What is interesting is that in the future Shiina wants the competition section of the festival to embrace what he says Japan does best: anime. From Manga to Studio Ghibli, Japanese drawings have enchanted the world. Again the issue of dates arises as by the time the festival comes around, Studio Ghibli have already released their big film in Japan, to capture the summer blockbuster audience. This year there was a special screening of Patema Inverted, directed, written and edited by Yasuhiro Yoshiura. It will be interesting to see if next year an anime film makes it into the competition line-up.