“Film is just as social as it is creative…”: Zsuzsanna Kiràly on Development and Co-Production in Berlin 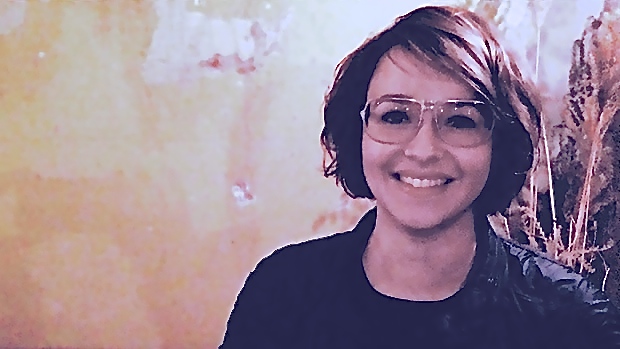 I’m the first to arrive at a panel on “Sexism & the Film Industry” at the inaugural Berlin Art Film Festival in Kreuzberg. As Berliners trickle in at a considerably early 2:00 PM on a Saturday, I notice that the modest audience is all women. I’m reminded of my conflicting feelings about Emma Watson’s recent HeForShe speech at the UN, a campaign to formally invite men to join the feminist movement. Naturally, a conversation about gender inequality without participation from all genders is insufficient. It’s just that the unspoken camaraderie in a room full of women feels somehow appropriate, at least during this particular panel.

The intimate discussion (in English on my ashamed behalf) is particularly apropos in light of the recent Frauenquote legislation, which requires 30% of seats on company boards to be reserved for women. Since the German film industry is almost entirely funded by the government, many are wondering whether similar quotas will be deployed for women in film. The notion of a gender quota is challenging. In my prodding, I’ve gathered that most Berlin-based women feel conflicted, if not entirely opposed, to the prospect of a quota. Instead of penetrating the glass ceiling, a quota, they think, only bypasses the surface of the invisible power structures. Despite more access, the opportunities for women will be contrived, which not just reinforces the gender binary, but magnifies it. The quota will conceivably account for the accomplishments of women, rather than their qualifications and ability. The premise is implicit inferiority.

During my interview with Zsuzsanna Kiràly, gender politics don’t come up, and not because this particular topic doesn’t interest her. The gender gap in the film industry is certainly problematic, but this can be an abstract or even bitter topic. For Kiràly, passive scrutiny of the inequality isn’t nearly enough.

Born in Transylvania, Kiràly refers to Hungarian as her “grandparent language” (she is fluent only with her grandparents). After growing up in Austria and studying Communications Science in Vienna, she received the Dr. Maria Schaumayer Foundation Grant for her Master’s thesis on German language blogospheres. She worked in cultural public relations for several film festivals (Viennale, VIS Vienna Independent Shorts, Berlinale, etc.) and in film production with X Filme Creative Pool. Since 2009, Kiràly has been working with Komplizen Film, a German production company that develops art house films and international co-productions. She has been a member of the film networks Kino and Nisi Masa and joined the editorial team of Revolver, Zeitschrift für Film in 2011. In 2013, she took part as a story editor in the Script&Pitch programme of the TorinoFilmLab.

Kiràly describes her transition to Berlin as an opportunity to expand film theory into a more practical understanding of the film business. Today, Kiràly is still driven by the intersection of theory and praxis — when seeing a film she considers how it was made and how it is presented. To her, this context is essential in her development and co-production work at Komplizen Film with filmmakers such as Ulrich Köhler, Maren Ade, Valeska Grisebach, and Miguel Gomes. After discussing more of her philosophies and experiences, which include a solo pilgrimage on the Camino de Santiago, I realize she possesses an unlikely combination. She is both pragmatic and daring. In thinking back on how to shatter the glass ceiling for women in film, this balanced approach seems to be good start.

How did you land at Komplizen Film?
After my internship at X Filme, I met Janine Jackowski and Maren Ade at Komplizen Film. I’m grateful that the timing was right and the interest was there to work on a long-term basis together. I think the general perspective is that you should move quickly through the industry, but I’m still learning at Komplizen Film, and there is space for new challenges and personal development.

Tell me about the challenges.
Every year is different, with different challenges. Some emerge and some I pose to myself. I still feel like a beginner, learning how to be confident about my strengths and accepting when I’ve made mistakes and when I’m wrong. It’s also a challenge to know whom to trust and to build the confidence to fully trust myself. As you learn along the way, sometimes you have to just let things happen and feel secure with the road you are on.

What have you learned along the way?
How to make mistakes, for example. Small ones are okay but with big ones, there’s a lot of learning to make up. And I’ve had some big learning, like how to make things right again and how to stand up for myself. I’m also learning my strengths and weaknesses — which ones to work on versus which to leave alone.

What is your biggest weakness?
Sometimes I’m a little bit impatient (a little is good). I sometimes make impulsive decisions, both in work and private life. Also, I take things too personally still.

I think the whole “it’s not personal, it’s business” theory is bullshit.
If absolutely everything is personal, you have to find ways of detaching. This is abstract, but it’s important to assess in real time. Even in the middle of a discussion with someone, you need be aware of the practical and emotional boundaries.

How do you deal with personal conflicts, like if someone crosses a boundary?
It depends on the situation, but it’s mostly about how you discuss and make yourself understood. Film is just as social as it is creative. You are always relating and communicating with people so it’s psychological and personal and complicated. It’s not necessary to be in 100% accordance all the time, and I’m not necessarily a “harmony” kind of person. So sometimes when you don’t have chemistry with someone, it’s okay not to meet halfway. You have to know when to just pass each other and move on.

What is your relationship like with filmmakers?
Collaboration is always instinctual. I like working with directors on research and the process of story development. And I love having conversations with them because we are reading and watching the same material. And of course I need to adore someone’s work, to say the least. To work for a fundamental knowledge of it, while knowing there’s something further to discover with every new film.

You recently produced Matt Porterfield’s new short Take What You Can Carry. What was it like to shoot the film this past summer in Berlin?
It was wonderful to experiment with Matt. We location-scouted on bikes and played cards in the evenings for a bit of diversion. The experience was a perfect combination of creative and production elements, which definitely set the right tone for us. The unique way in which we worked has influenced how I’d like to approach future endeavors and collaborations.

Is it easier to work on smaller productions?
I like the idea of working simultaneously on low budget (or even super low budget as with Matt’s short), and bigger budget productions because they have different restrictions and responsibilities. It’s interesting to balance the different skills in both contexts. But everything is constricted by essentially the same thing — money.

You mean financing?
No, I mean the budget is a restriction no matter what continent you are on or whether the project is short or long. The budget dictates the timeline. In an ideal world, I’d be free of this in order to have flexibility and find the organic rhythm of each particular film. But in an ideal world, I’d also want the day to be more than 24hrs…

Are timelines equally restrictive in the States?
I have no idea how this happened, but I’ve never been to the U.S, even though I have American film friends. So in a way my notions are wild assumptions. But I suppose I understand the different systems in their practice — how each works within their particular limitations and possibilities. The thing that matters most is how people work, not which continent they are on. How to bridge the worlds is the challenge (and my interest).

Outside of film what mediums most interest you?
That’s simple — literature and photography. Reading gives me the best input. I need to read to think and to get ideas. I have a word fetish. I wish I was more talented in writing to do something with it, but you know, one can’t do everything. Also photography. I sometimes wish I could hide behind a DP to see what they see.

What else makes up your life outside of film?
I’m always watching films and reading books. Or I am out with friends, in the cinema or at a bar. I have wonderful film friends and I also have long-term friends who don’t work in film. This is very important to me. Good friends are like my external hard drive for memories.

And old friendships provide consistency and help to keep priorities in check. The film industry can sometimes change people in unflattering ways.
Luckily, I’ve never had a hard time sorting priorities. I’m often unsure about details, but I never doubt who and what matters to me.

Who has influenced you most?
Different people at different times for different reasons. I draw bits from everyone and it all comes back at distinctive times. In the end, it’s all about relationships and the conversations with people. I’m usually surrounded by the influence of older people, but it’s not about age. It’s about variety and curiosity. Without curiosity you are lost.

It’s a matter of taking the time to follow that curiosity.
Yes, time is a big factor — to have the patience not to run all the time. It’s not a race, but it’s not standing on a corner and considering the sky either. It’s receptiveness, observation, energetic walking, constant movement. My favorite quote is “movement gives happiness.” If there’s one sentence to describe my life/me/how I like to do things, it’s that.