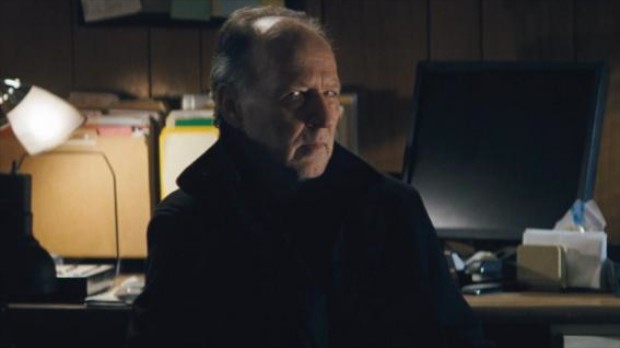 Last year I interviewed Werner Herzog about his Into the Abyss, and before our talk I quickly re-introduced myself, reminding him that we had worked together when I produced julien donkey-boy over a decade ago. “Ah, yes, I remember,” he said. “You know, I have your film to thank for being cast as the villain in this new Tom Cruise movie.” It was the first I had heard of Jack Reacher, and I expressed a tiny bit of doubt that Harmony Korine’s Dogme ’95 feature was what really secured Herzog a role in a mega-budget action film.

“Paramount Pictures is a giant multinational corporation, and they do not make these casting decisions lightly,” he shot back. “You don’t think they have gone over my resume very carefully and examined every part I’ve done?” (Try to read these lines in Herzog’s distinctive German-accented voice.) “Of all my films, the one where I played a really menacing guy was in julien donkey-boy.”

I had to admit that he might have a point. But my memories of Werner on that shoot were entirely fond ones. He may have played a strictly authoritarian figure, but he brought a playful sense of invention to all of his scenes. The film was heavily improvised, and Werner would show up each day with little twists and ideas. “I’m going to be playing cards with the guy with no arms, but I’m going to accuse him of cheating.” Or: “Dirty Harry was on my hotel TV last night, so I’d like to talk about that.”

Perhaps his biggest contribution, though, was elevating everyone else’s game. When he showed up it was like, Werner Herzog is on our set! He only worked for a week, but it was during that week that the shoot found its groove, and it stayed on that high level the rest of the schedule. I said this to Herzog, and he replied, “I always try to bring a professionalism to everything I do.”

That line resonated with me when I read this interview today in The Guardian with Herzog, which confirms everything I’ve written here:

“I was approached by the director and Tom Cruise. They wanted me. I think it’s a logical idea because I’ve done parts before where I played really dysfunctional and outrageous and dangerous characters, like in Harmony Korine’s Julien Donkey Boy, and because of that and other films they were interested in me. And I liked them for their professionalism and commitment – things that I prize myself.” I am interested to know the ratio between his paycheque for this movie and the budget of any one of his last 10 films. Was he looking around the set thinking: “Oh, I could make 10 movies for the price of this one?”