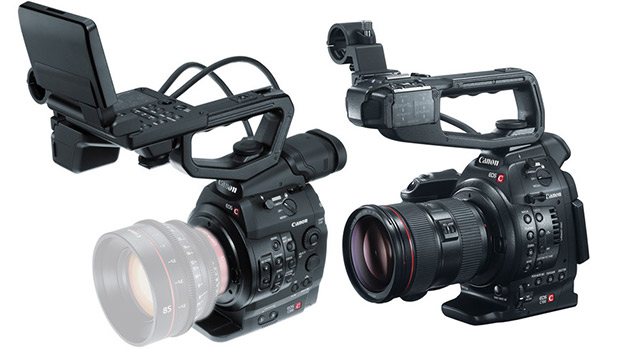 by Michael Murie
in Cinematography, Filmmaking
on Feb 6, 2013

These cameras have the same sensor and very similar bodies, and Canon even includes C-Log on both, but there are a lot of differences. Perhaps the most notable:

There are other differences: The C100 has a push-to-focus button, which the C300 currently lacks. The location of the LCD is different; it’s on the removable handle of the C300 and on the back of the C100. Several users have said they quite like the LCD location on the C100, but this seems a personal preference. The EVF on the C100 has been widely panned compared to the C300.

The 4:2:2/4:2:0 recording, as well as the lack of 60p, seem to be the two biggest issues for most people I’ve spoken to. But if you need 4:2:2 recording for green screen or heavy grading, the C100 does output 4:2:2 through the HDMI port. The solution may be to buy a Ninja recorder and attach that to the HDMI output. It does mean a second device, a second set of batteries, and more chances for problems in the field, but it comes at a significant discount compared to the C300.

Ultimately, the decision may be a personal one. If you’re shooting with DSLRs, the jump to the C100 can be more than enough; the image is noticeably sharper. Cinematographer Sean Meehan has written about his experience of shooting with the C100 for a weekend:

First and foremost, I love the image out of this camera. So many of us have fallen in love with the look of the C300, and I would say that, to my eye, they’re pretty comparable. They could certainly intercut, and if you’re contrasting with Canon HDSLRs, the difference in sharpness, dynamic range and resolution is big.

Sean Meehan: A SHORT WEEKEND WITH THE C100

Some people are using the C100 as a B camera. 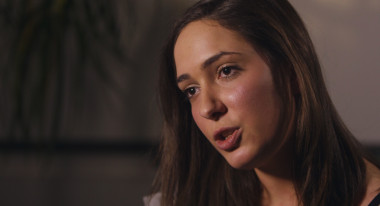 While some are trying to choose between the two, others are buying the C100 as a B camera to their C300.

Both frames were recorded internally, and Joy says that the “C100 is definitely not as clean as the C300.” He adds that the bokeh probably helps reduce noise in the background of the close-up image, and that he’s “seen more noise when shooting wider shots.” He thinks the codec is the problem and is planning to get a Ninja to use with the C100. 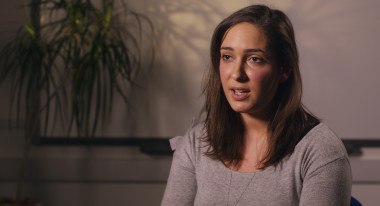 If you’re using both cameras together, you should check out Joy’s site where he’s also posted some picture files he created to more closely match the image from the C100 with the C300.

NOTE: an earlier version of this article incorrectly stated that the C300 lacked expanded focus, instead of the push-to-focus function.