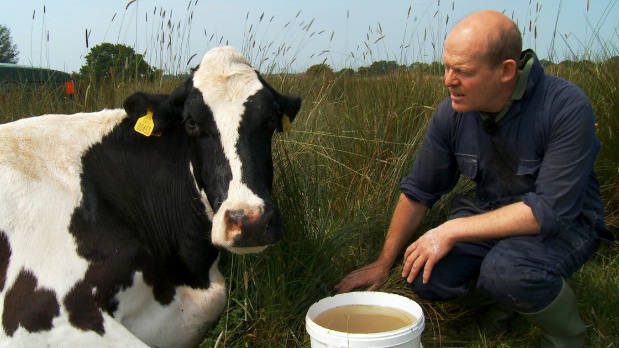 It’s a ritual here at Filmmaker — a pre-festival chat with Sundance Festival Director John Cooper about the films, filmmakers and what the annual Park City event might have to say about the big picture of independent film.

Our style at Filmmaker is to refer to people by their last names, but in the case of Cooper, that’s doubly appropriate — that’s what everyone calls him. In our talk he was his usual unflappable self, seeming to have lost known of the palpable enthusiasm he evinced at the 2010 edition, the first after he and his Programming Director Trevor Groth took over from longtime Director Geoff Gilmore. Indeed, as the head of a festival that has an outsized importance in our world, Cooper appears unfazed by any sort of industry pressure, instead relishing the chance to talk about new forms of distribution, sexuality in Sundance movies and a documentary about a dairy farmer in England. And, oh yeah, predicting record crowds, he’s got one piece of advice for festival goers: “Get to the theaters early!”

Filmmaker: Each year it seems like you identify for the press a theme, or a collection of themes, that run through the films at the festival. Is that the case this year, or is the selection more like a mosaic of different interests and concerns?

Cooper: I think it’s more of a mosaic this year. It’s very eclectic. But we’re finding that, if there’s one general theme in all of this, it’s a kind of fearlessness I find in all of the filmmakers. I’ve met a lot of them, and they tend to be very intelligent as far as the stylistic language of their films. And they’re fearless in the subjects they’re taking on. I’m speaking mainly of fiction films right now because the documentarians always do that — it’s kind of a given. There’s an originality in each of the stories. [These films are] very complete in the way that their stories are told.

Filmmaker: Are there any films you’d cite when referencing this fearless quality?

Cooper: Concussion, that’s one. Do you know that film?

Filmmaker: Actually, it’s an IFP Narrative Lab film, so I saw it in rough cut. I’m a big fan of it.

Cooper: I think it’s a very brave film. There’s not a lot of hoopla trying to explain to society what [the life of] a gay woman with children is. She just jumps into it and faces her problems head-on. I’m excited for Shane Carruth’s film, Upstream Color, the sheer storytelling depth of it. I think Mother of George is a really interesting film because of the immigrant community it enters. Every film seems to be original unto itself. In a World…, Lake Bell’s film, I found completely funny.

You will also see — and we talked about this in other interviews and it is probably worth mentioning — that there is a lot of investigation of sexual relationships in the films. [This subject] has always been in film, but maybe not tackled with this depth, with these kind of interesting takes. What I like is that [the films look at] sexual relations from both a male and a female point of view, and at sex as power but also as just a very natural human need. It still feels a little taboo, how we approach sex in the movies, and I think filmmakers in the independent community are being very bold around this subject.

Filmmaker: Are there any hidden gems you would specifically point out to the Filmmaker reader? Films that might not be on everyone’s radar at the moment?

Cooper: There are always those films. Hidden gems, I don’t even know, because I almost can’t tell what’s hidden and what’s not at the moment. But I have kind of a crazy favorite, a film I watched and just couldn’t shake until the end. It’s a documentary called The Moo Man about a dairy farmer in England. I found it to be such a beautiful story, really touching. It’s probably not something that most people would rush to, but I found it really special. And I’m really anxious to see how Blood Brothers does; I think that’s going to be a very emotional film because it’s so personal. There’s a lot of emotion in the documentaries in particular. Life According to Sam, I think is going to be a very special film. And When I Walk. Do you know Jason DaSilva? He’s suffering from multiple sclerosis, and it’s a film about the passion of a filmmaker who wants to make a film against all odds as his body is deteriorating. I think it’s a special look at the passion of filmmaking in itself and I just found it to be a very moving.

Filmmaker: Were there any changes in terms of the selection process this year? Obviously the number of submitted films goes up and up and up. Did the deluge affect your process?

Cooper: We’re a pretty well-oiled machine here. It takes stamina, for sure, but still we have a pretty good way of reading our own passions and the passion of our programmers. That seems to be our most guiding force in choosing the films. And just, you know, getting the job done. Each film is so chosen on its own merits. It’s a very “cream will rise” sort of process that we just make work. You’re asking about changes in the process — really, what we really looked at were the categories themselves. We wanted the Premieres section to be really dynamic, so we really scoured. Everyone was looking for the Premieres; we wanted to be sure we got the best that we could find. The Next Section, in particular, I’m very happy about this year. It’s one of our newer sections and [the selection] was so good we were compelled to grow the category from eight films to ten films this year. 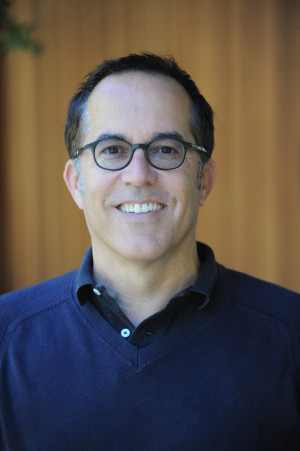 Filmmaker: What’s been your internal evaluation of the Next section’s previous years, and how has that affected how its program this year? Or is it the same?

Cooper: It’s pretty much the same. But I think we have evaluated ways to draw people to the program, especially now that there are a lot of opportunities for films that are maybe not taking the big theatrical route. We’re very intent on making sure these films are found by critics and that they’re also found by alternative distribution sources, because I think that’s where a lot of these films might live eventually.

Filmmaker: How do you do that?

Cooper: Just working with Rosie [Wong] in the Industry Office to really make sure that the buyers and scouters for all of the industry companies know the depth of the program. We do this also for World Cinema. [We are] just trying to be a vital force out there for films with that real independent spirit that maybe aren’t even being recognized in the countries they’re being made, making sure they know there’s a place [for them] at Sundance.

Filmmaker: What kind of international film do you think is best suited to premiere abroad at Sundance rather than in its own country or at one of the European festivals?

Cooper: It’s very okay for them to play in their own countries; we’re fine with that. We’re just looking for the same sort of originality — I don’t know what to call it besides that independent spirit. Originality in the way the story’s told; originality in the stylistic choices and experimentation with technology. And we do think, somewhat, of the U.S. audience. We are trying to find films that we think an American audience will respond to. But, you know, over the years we’ve built an amazing audience that’s very bold. They’re up for any challenge, so it’s very easy to program a festival like this where you know you’re making really interesting choices for the audience.

Filmmaker: You mentioned Shane Carruth, who is using his Sundance premiere to launch the campaign for a self-distributed release. We’ve been saying for a long time that people should do this.

Cooper: There are going to be really interesting Q&A’s for that film in particular.

Filmmaker: I know. Do you think that this is something that more and more filmmakers will do in the years ahead? And why have so few people done it so far?

Cooper: I imagine that they’re going to start trying this [more and more]. I think it’s just a matter of [audiences] getting used to [the new distribution platforms]. Even with my parents, it took them forever to get on Netflix, and now they’re crazy Netflix users. I think you still need that wider audience. We’re a good testing ground for a lot of these new platforms because we seem to draw a lot of very young audience members to the films that we show. And they tend to be first adopters of course.

Filmmaker: I saw that New York Times piece a couple days ago about filmmakers who didn’t get into Sundance. A couple of days later there was the piece about Paul Schrader’s film, The Canyons, and that ended by noting the film was rejected from Sundance. Obviously, the numbers are such that the great majority of films simply can’t get in. But quite a few high-profile films didn’t get in this year. It is just about the passions of you and your programmers, or has there been a programmatic shift away from one sort of film and towards another sort of film? I guess I’m groping towards the question: is the definition of a “Sundance film” changing?

Cooper: I don’t think so. I think you had it right the first time. We’re drawing the films that someone in our staff is passionate about, and that’s a long, hard and interesting process. We’re not interested so much in growing the festival bigger. I think there’s something very organic in the number of films that we show that creates a great experience here at the festival. Enough people are talking about the films that are here. And I’m excited that the [rejected] films will find other festivals. That’s encouraging, because if independent film is thriving anywhere, it helps us all.

Filmmaker: What’s the internal dialogue surrounding films supported by the Sundance Labs? Is the Lab pedigree a non-factor, or a semi-factor?

Cooper: It’s a non-factor. It’s pretty “church and state.” I try not to even pay attention to that when putting the festival together.

Filmmaker: What about the physical experience of attending the festival? Are there going to be any changes of note this year?

Cooper: We’re just going to have a lot more fun. [laughs] It’s time for that. I don’t know, there’s something about an election year that makes me feel like a film festival should have fun; it ties back to the idea of having fun around ideas. But we’re always finetuning the shuttle system and signage. It’s nothing that you’ll really notice so much. We are expecting big audiences. We feel that already through the industry office and through ticket sales already. I am telling everybody, “Get to theaters early.”

Filmmaker: Any last thoughts as the festival is about to kick off?

Cooper: [For us] it’s just about trying to keep our wits about us and to let the filmmakers really shine through. It’s constantly on my mind to let the art speak for itself, and for us to sort of step more into the background and really create the platform that it’s supposed to be.