Approaching the Elephant, She’s Lost Control, L For Leisure and I Believe in Unicorns to Have Theatrical Runs at Screen Forward 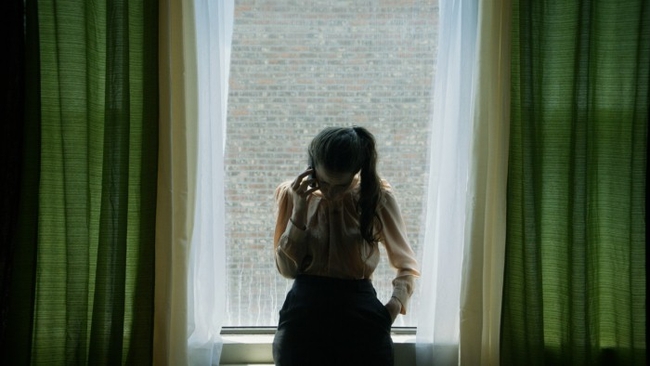 Following the Fall and Winter slate of Summer of Blood, Thou Wast Mild and Lovely, Butter on the Latch, The Foxy Merkins and the currently screening Something, Anything, IFP has announced their Spring lineup for Screen Forward. The four films set for week long theatrical runs at Dumbo’s Made in NY Media Center by IFP are Approaching the Elephant, She’s Lost Control, I Believe in Unicorns and L For Leisure. Both Approaching the Elephant and L For Leisure screened in MoMa and Filmmaker‘s Best Film Not Playing At A Theater Near You series last December, while Approaching the Elephant and I Believe in Unicorns participated in IFP’s Independent Film Labs. Find information on the films and their release dates below.

Amanda Rose Wilder’s acclaimed feature debut dives head first into the inaugural year at Teddy McArdle Free School in New Jersey where all classes are voluntary and rules are created by democratic vote. Wilder is there from the beginning to end of the school year, documenting and observing founder Alex Khost and an indelible cast of outspoken young personalities as they form relationships, explore their surroundings and intensely debate rule violations, until it all comes to a head. Evoking the immersive nonfiction styles of Frederick Wiseman and Allen King, APPROACHING THE ELEPHANT is a rare, inspired portrait of unfettered childhood.

This startling documentary had its world premiere at the 2014 True/False Film Festival and was recently nominated for a Film Independent Spirit Award. It also was named one of the Best Undistributed Films of the Year by Film Comment. Director Amanda Rose Wilder is an alumnus of the IFP Independent Filmmaker Labs.

SHE’S LOST CONTROL centers on Ronah, a sexual surrogate in New York City who teachers her clients about the very thing they fear most: intimacy. Her life unravels when she starts working with a volatile new client, Johnny, blurring the thin line between professional and personal intimacy in the modern world.

Marquardt’s debut feature had its world premiere at the 2014 Berlinale and went on to screen at New Directors/New Films and SXSW. The film was recently nominated for two Film Independent Spirit Awards for Best First Feature and Best First Screenplay. The film is being released by Monument Releasing.

I BELIEVE IN UNICORNS tells the story of Davina, a strong-willed and imaginative teenage girl who escapes into a beautifully twisted fantasy life. As the sole caretaker of her disabled mother, Davina grew up too fast. Now, she looks for salvation in a relationship with a young man and is swept into a whirlwind of romance and adventure. But, the enchantment of her new relationship begins to fade as the young man’s volatile side comes to light.

L FOR LEISURE is an impressionistic, episodic comedy about laziness, wandering, and wasting time. Set to the rhythms of the school-year calendar, Kalman and Horn’s sophomore feature tracks the changes to the collected spirit of a group of graduate students through 1992-93 as they go on various vacations. In Its focus on highly thoughtful but somehow clueless characters, L FOR LEISURE is an homage to the 90’s films of directors like Hal Hartley, Whit Stillman, and Eric Rohmer.

The film had its world premiere at the International Film Festival of Rotterdam and went on to screen at BAMCinemaFest.  It also screened at the Museum of Modern Art as part of the series Best Film Not Playing at a Theater Near You.  Kalman and Horn were also featured in Filmmaker Magazine’s 25 New Faces of Independent Film in 2014.