“A Lot of People Don’t Know the Added Value of Publicists”: Mirjam Wiekenkamp on Film Publicity 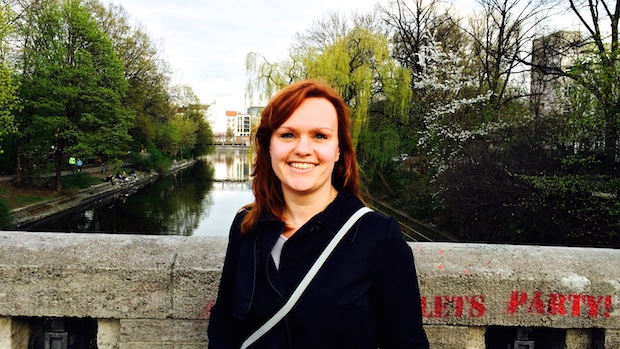 I can’t say I’ve had many positive experiences with publicists. I once met one who texted throughout our entire first meeting, another who pretended not to have a spare ticket for a screening, and another who set up an interview and then told me afterward it couldn’t be published. But a series of lousy experiences by no means speaks to the universal personalities that PR attracts. It’s just that I’ve found publicity in general to be more on the unpleasant side of film industry unpleasantry, so it’s somehow been easier to judge.

When I think of PR, I have a hard time discerning promotion from selling. I see little difference between the goal of a publicist, Mad Men’s seductive Don Draper, Arthur Miller’s American Dream archetype Willy Loman and every job interview, ever. The common purpose is to convince someone that they want what you have. Cringe. I’ve been told by some older and wiser that everything is a transaction, that everyone is framing to sell something— not just in film, not just in capitalism, but in every human interaction. But this very dog-eat-dog explanation doesn’t unpack my discomfort or make interfacing with any “salesman” less cringe-worthy, particularly when the purpose of selling is so transparent.

I know that basing my critique of PR on a few unfavorable experiences and an impractical aversion to promotion and sales is irrational. So I was grateful to broaden my purview after meeting Mirjam Wiekenkamp at this year’s Berlinale. Wiekenkamp arranged my interview with Carolina Hellsgård, whose captivating film Wanja screened in the Perspektiv Deutches Kino section. A relatively new immigrant to Berlin, like me, Wiekenkamp suggested we meet for coffee and initiated my process of de-stereotyping.

Wiekenkamp first worked at Herrie Film & TV in Amsterdam before moving to Berlin, where she is currently a co-owner of NOISE Film PR, a boutique firm for international film and festival publicity. It’s not hard to like Wiekenkamp. She’s a good talker, a good listener, confident but not intimidating. And she’s debunked the salesman mystery for me.

Whether a person handles selling explicitly or more subliminally, it doesn’t change the fact that everyone is always selling something. But those who openly acknowledge the intention to sell are actually more honorable than those of us who pretend our work is doing anything otherwise. By setting the uncomfortable conversation openly on the table, people like Wiekenkamp are the straight-shooters, not the cringe-inducing culprits. Why judge the “shameless promotion” of PR? We should aspire to it.

As a freelance PR company, how do you start working on a film with a new client?
We represent films during film festivals and/or during their releases. Ideally, we are already hired before a treatment is written. The earlier a filmmaker can consider the PR and communication strategy, the better. At an early stage you want to start to connect the audience to the film. Who are you targeting? How can this story be sold? These are difficult questions, but important ones. The producer should have the goal for the film in mind, and from there, we develop the outreach strategy. It’s always an interesting discussion, because depending on the goal, the strategies can be so different. Once I set the strategy, the film becomes my responsibility, and I treat it like my baby. I’m very involved. I discuss the strategy with the directors and explain why certain interviews are important, etc. I want everyone to understand and feel comfortable with the strategy.

What’s the advantage of a boutique firm over a big PR film?
We have some freelancers working with us, but we really handle each film so personally. It’s not just ticking boxes on a list. The strategy is very personal. At IDFA last year, for example, I was working on some Danish documentaries with the local publicist, Freddy Neumann. Together, we worked on how to translate his strategies in Denmark to an international audience.

Do you typically collaborate with local publicists?
This is a matter of budget of course, but it’s quite exceptional when a film’s local PR agent is involved throughout the entire process, and is onsite and available to talk to other international publicists. It’s a unique collaboration, but it works, which is why we’re working now on building a network of publicists. A film works differently for different audiences and in different countries, so it helps the continuity when all the press agents communicate.

How did you get into PR?
Through my first internship at Herrie Film & TV in Amsterdam. I was their first intern. I took some time off to finish my thesis in Art Management in Utrecht, but then I went back to Herrie and eventually became one of the co-owners. I’ve only ever done PR.

Is there truth to the stereotype that mostly women work in PR?
We only had one male intern during the six years I worked at Herrie. I’ve done some projects for male bosses, and I have worked together with male publicist, but our internal office has always been all women.

Why did you move to Berlin, and how did you make the transition with work?
I wanted to move to Berlin because I could. I needed something new and different. I had lived in Amsterdam for ten years, with a brief stint in Stockholm, and I really liked my life there. But, I needed a new challenge, to keep things interesting. And for me, that was Berlin. When I told my business partner in Amsterdam that I was serious about moving to Berlin, she said, “Thank god it’s not Australia.” I really liked my work and didn’t want to give it up, so we saw it as an opportunity to open a second office here in Berlin. When we do festivals, I am the point person, but when a client needs PR for a Dutch cinema release or alternative distribution, I’ll send them to my colleagues in Amsterdam.

Are your clients now mostly German?
I have mostly Scandinavian, Dutch, and German clients. The Scandinavian industry is very high quality. They have the money and are willing to invest it in film. In Denmark, there are many programs that support Danish films, and they are very advanced in their thinking about how to promote. It’s a bit more traditional and old-fashioned in Germany. For example, film transport is completely digital in the Netherlands, but people are still running around with physical film copies here. But it’s changing a lot at the moment, and I can take my experience in the Netherlands, which is a few years ahead of Germany, and apply it to my work here.

Do you still feel connected to the industry in the Netherlands?
Absolutely. I am in close contact with the Amsterdam office, and IDFA still is one of my favorite festivals. It warms my heart that so many people see so many documentaries over the course of a ten-day festival. You don’t have the chance to see many great documentaries released in cinemas, and I really like documentaries, so IDFA is special for me. At the moment, 70%-80% of my films are documentaries.

Have you ever turned down a job to rep a film?
I think I could promote any film, but I don’t want to. We have a small company, and we are so personally invested, so I need to really believe in a film in order to rep it. But I’ve never turned away a film because I thought it was awful. I have a very small and loyal network, so I can be frank with a producer if I don’t think PR is worth it for a particular film. I’m always honest with people about expectations. It doesn’t mean that I will talk the film down or lower people’s expectations, but managing expectations is maybe one of the most important steps.

What’s the biggest obstacle in your work?
A lot of people don’t know the added value of publicists. They think they can do it themselves. In the end, it may not be rocket science. But it’s very important to have someone rep your film because a publicist has the network for outreach, the time, and the experience, which makes all the difference. Having to defend my position as a PR agent, having to convince people of my added value can be challenging. Producers at film festivals are too busy to handle their own PR — they don’t have time or experience in outreach to promote screenings, but if they think they can do it themselves, by all means.

How has digitalization changed PR?
There are two conversations at the moment. Classic press — news, TV, the press junket — is not enough anymore. Now, PR is more and more about involving networks of people, both online and offline. It can be blogs and Facebook pages but also communities like student associations. We are also changing as a result of VOD distribution. In my eyes, PR and distribution almost have become one. There used to be a PR strategy separate from the distribution one, but now, in a way, distribution is the PR campaign. If there is no cinema release, the entire communication strategy is based on the VOD release.

So non-traditional, non-theatrical distribution is a game-changer for PR?
Yes, and in the Netherlands, we’ve actually started distributing films in this non-classic way. If a film doesn’t have “regular” distribution, we’ll work with the producer to develop a plan to release the film, through VOD or cinema screenings or an event. We don’t take any rights for the film, but this way, it can still be seen.

PR seems to be a lot about adapting.
We don’t just call it PR anymore. It’s an outreach campaign. We still have the classic presswork, but it’s about the outreach campaign. Depending on the client’s goal — whether the goal is to sell the film at a festival or fill a screening room — the campaign changes. Sometimes I’ll work for the sales agent, not just the producer. Then the goal is just to sell the film. But no matter who I’m working for or working with, keeping the strategy personal is always on my mind — to not lose sight of the end goal.

Do you have an end goal for the company?
My goal is to employ people. I would like to be able to create jobs, which may sound idealistic, but that’s what I’d like — to have a company that’s so successful that I could pay other people.

What kind of people would you hire?
People who take a lot of initiative; people with a lot of drive and energy.

What do you love most about your job?
I really like when we screen a film and it’s completely crowded. Also, I once saw a woman cut out a newspaper article of an interview I set up. My name wasn’t on it, but I was the one who made it happen. I like the anonymity. I’m not someone who needs to be in the spotlight, but just knowing I’m part of something bigger feels powerful. And I’m proud of that.