From Family-Friendly Sheep to the Greek Weird Wave: The 2015 Seattle International Film Festival 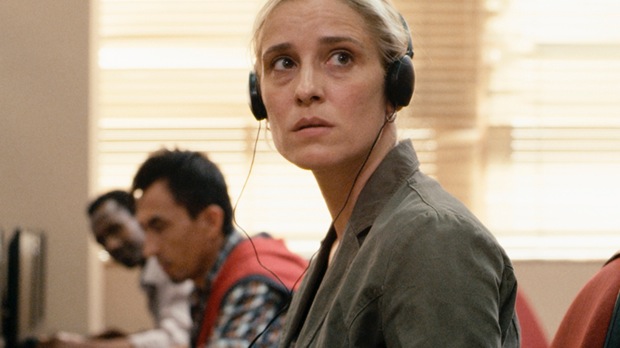 Angeliki Papoulia in A Blast

The 41st Seattle International Film Festival ran for 24 days. To put that in context, it began one day after Cannes and remained in full effect for two weeks after the red carpet was rolled up on the Croisette. Arriving to such a long-running event for the closing weekend had the effect of making me feel like a cinephile-come-lately, an outsider there to scavenge the crumbs of a very elaborate cake. It also made writing a summation of the nearly month-long affair feel like a fool’s errand: 450 films comprised SIFF’s program this year; I saw approximately 1% of them.

An imposing schedule was the only thing about the event that felt anything other than friendly and inclusive. And, though sprawling, the programming itself was hardly undiscerning. There wasn’t a sense that quantity came at the expense of quality, and area cinephiles — or, to a lesser extent, out-of-towners like me in attendance for either a portion or the duration — were unlikely to find themselves with nothing to choose from. (A friend who lives in Seattle mentioned that, though he always means to attend, he never knows where to start.) One glance at the catalogue was enough to disappointment me in a rather different way, as I realized all the films I’d shown up too late to see: Phoenix, Goodnight Mommy, Manson Family Vacation.

SIFF has become a bastion of local film culture over the years, with three of its venues (the SIFF Film Center, Cinema Uptown, and Cinema Egyptian) featuring year-round programming. Visiting the latter two, it struck me that the festival has integrated itself into the city in meaningful and impressive ways. Waiters in restaurants and people on the street all knew what I was talking about when I mentioned the reason for my visit; I know plenty of cinephiles in Los Angeles who only seem vaguely aware of AFI FEST and have never been to a single screening. That may be as much a consequence of SIFF’s weeks-long schedule as it is of LA sprawl, but it impressed all the same.

This trip to the Pacific Northwest was also, to get needlessly personal, something of a homecoming, as it was in Seattle that I first realized I wanted to pursue criticism as more than a pipe dream. I saw the subject of my first review, the black metal documentary Until the Light Takes Us, at Grand Illusion (one of the few theaters in the city not affiliated with SIFF) in early 2010. Walking into the Harvard Exit theater for Sworn Virgin more than five years later, I realized that the single-screen arthouse was the site of my first solo trip to the movies.

Selections represented a balance between domestic indies whose stop at SIFF came sandwiched between other stateside fests and international fare culled from the Locarnos, Torontos, and Berlinales of the world. Sworn Virgin, which first flickered across screens in Berlin earlier this year, belongs to the latter category. The increasingly essential Alba Rohrwacher stars as an orphan named Hana who’s taken in by a monumentally old-fashioned family in a remote Albanian village. After her adoptive sister Lila jilts the man she was promised to by running off with her lover (a transgression that carries the risk of honor-killing were she to be caught), the more obedient Hana agrees to take the name of Mark and live as a man. Only by pledging to be a virgin for life, the logic of this ritual apparently goes, is her family’s good name assured. Laura Bispuri’s debut feature plays with time throughout, the main effect of which is to distract us from the lack of dramatic momentum — Hana comes to live with Lila in Italy after both “parents” die, making it a simple matter of time before her repressed identity emerges. A few striking grace notes  —  a faraway shot of snow sliding off the roof of a cottage is especially memorable — enrich the inert narrative, if only to a point.

Also plucked from the international circuit (Locarno, in this case) was Syllas Tzoumerkas’ A Blast, which will do little to dispel the notion of a so-called Greek Weird Wave. Angeliki Papoulia, who first gained notice as one of the sisters in Dogtooth and has since appeared in both of Yorgos Lanthimos’ subsequent features, is here a bundle of manic energy with no filter and a short fuse. Her husband is at sea, her sister is married to a budding fascist, and their parents’ convenience store is underwater in debt. The Mediterranean country’s ongoing financial woes and resulting crises serve as the backdrop to a story of mad love (emphasis on “mad”) without overwhelming it.  Though several key plot elements eluded me while watching and even after it was all over, the experience was fraught with such kinetic forcefulness that a lack of narrative seemed a fair tradeoff, if not an intrinsic component of the experience Tzoumerkas was looking to create.

There were crowdpleasers amid the more serious offerings, of course. Paul Feig’s espionage sendup Spy opened the festival last month, The Overnight received closing-night pride of place, and Inside Out gave Pixar devotees their fix in between. My one foray into this territory was Shaun the Sheep, a feature-length adaptation of the TV show created by Nick Park of Wallace and Gromit fame. The story it tells is a simple one — Shaun and his fellow cohorts conspire to trick the farmer they live under into taking a day off lest they go mad from tedium vitae — though the results of their scheme are rather convoluted, as tends to be the case. It’s clever without being smug or self-satisfied, which is more than can be said for even the best animated fare of late, and almost radical in its lack of any intelligible dialogue. The animals communicate with, well, animal noises, while the humans speak in a garbled tongue that’s reminiscent of, and a strange cross between, the adults on Peanuts and the Minions from Despicable Me. It operates in an almost silent, physical mode of comedy replete with blink-and-you’ll-miss-them visual gags that, if not quite Chaplinesque, are certainly a step up from little kids saying, “Awk-waaaard!” Normally it seems a waste to devote a festival slot to something that will open in wide release within a few months’ time, but something about Shaun the Sheep seemed to reflect the spirit of the festival, at least as I understood it. Artfulness is wedded to far-reaching appeal at SIFF, where day 22 felt as important as day one.