“I Wish Filmmakers Could Approach PR as Part of the Filmmaking Process”: Agata Burdzy on Festival Publicity 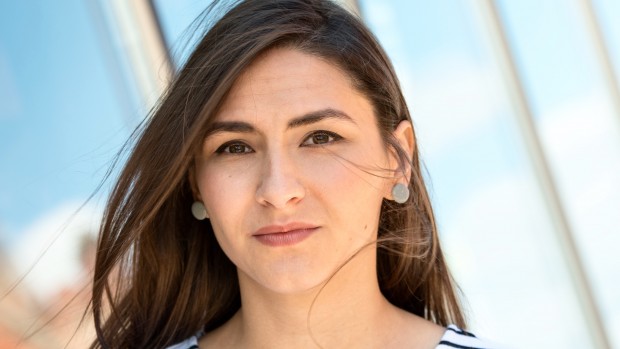 Athens was the first European Capital of Culture in 1985. For the 2016 title, Wroclaw, Poland and San Sebastian, Spain were both selected four years ago. Since then, various cultural projects and initiatives funded by the European Commission have been developed as both cities prepare for the tourism boosts and international attention in the coming year. One of the biggest arthouse cinemas in Europe called the New Horizons Cinema, for example, opened in Wroclaw as one these projects. And with more developments underway, city pride among local inhabitants, as well as possibilities of discovery for passing travelers, flourishes.

I don’t think that cultural immersion for a passing traveler in a foreign place totally eradicates the outsider feeling. But I do know how the experience of a cultural event can transcend the boundaries of language, of place, and the boundaries of difference. Seeing a play in a foreign language and place can sometimes feel like the closest thing to home. I can best describe the feeling as a combination of “fernweh,” a German word without an English translation, and its opposite, “heimweh,” which does translate in English as “homesickness.” But “distance sickness,” as fernweh’s literal translation suggests, is such a similar experience to heimweh that I think of them more like synonyms than opposites. With both, it’s more about the longing for a place than the actual place itself. I bet there’s another German word to more accurately encapsulate this feeling…there are nearly 800,000 people living in Germany right now who I could ask, and not because they speak German. Four-hundred-thousand Ukrainians living in Poland would probably know the same word. About 4 million Syrian refugees worldwide might know this word too…it’s doesn’t take just one language to communicate in the experience of foreignness.

When I think about the European Capital of Culture, and the opportunities its title provides, I’m convinced it can do more than unite European sensibilities to cultural areas. The EU has spent the last 30 years promoting cultural growth in over 50 EU member states through the European Capital of Culture initiative, and now, I hope it will devote the next 30 years working to integrate a new kind of cultural development — one that embraces the cultures of those flooding Europe’s borders, living everyday between fernweh and heimweh, experiencing Europe not as Europeans nor passing travelers, but as something in between.

Recently, the new President of Poland, Andrzej Duda, and Prime Minister Ewa Kopacz expressed the united intention to welcome more refugees seeking Polish asylum. I thought of this when I first voyaged to Poland to attend the New Horizons International Film Festival, to see the biggest arthouse cinema in Europe, to be welcomed by the press office manager Agata Burdzy and her colleagues, who offered to help me track down the small town of my Polish ancestors. The invitation struck that longing feeling between fernweh and heimweh and I thought about how any one word couldn’t do this feeling as much justice as a line from a Robert Frost poem: “Home is the place where, when you have to go there, they have to take you in.”

Agata Burdzy is from Wroclaw, where she is currently living and working for the New Horizons Association. After high school, she moved to London to attend Goldsmiths College at the University of London. There she studied Media and Sociology of Culture, with a focus in Film Studies. She lived and worked in film PR in London for six years before working in Warsaw for the Warsaw Film Festival and for Ogilvy PR. She is currently getting her Masters in Film Studies from Jagiellonian University.

Why did you leave London?
I moved to London with very big ambitions and thought that I wanted to work in film production. But London has so many people who all want to do the same thing and are competing for work. Especially when I was such a young person, [it] was a challenge for me. So I had to rethink my ambitions…. When I got an internship working in PR at a distribution company, it was great to learn about film promotion for the first time, and I knew right away that it was something I wanted to continue pursuing professionally.

Are you surprised to be living back in Wroclaw?
When I was young growing up in Wroclaw, I hadn’t thought it was for me, that it could be somewhere I’d want to work and live. And now, I couldn’t be happier. I work at one of the biggest and coolest cinemas in Europe, with nine screens, nearly 3,000 seats, and very rich programming. I am proud to be a part of it. And it’s not just the cinema. Wroclaw is a center of culture, with concerts, exhibitions, museums, galleries and a variety of events.

How has the cinema impacted the city?
Wroclaw has one of the biggest theater scenes in Europe and since the cinema opened, film culture has expanded too. In 2011, Wroclaw was selected to be the European Capital of Culture of 2016. It’s very competitive and a huge honor to have been selected. We have seven culture scopes, including architecture, visual arts, theater, etc., and the cinema is one of the main projects in the film section. The cinema houses our two important film festivals (including our upcoming American Film Festival in October). Next year, we plan to make both film festivals even more special. We will also host the European Film Awards in December 2016.

And you do PR for the cinema and for the two film festivals?
Right, I work in PR and media for the cinema throughout the year and during both the New Horizons Film Festival and American Film Festival. During the festivals, I’m in charge of the press service, which is responsible for smoothly running all press office aspects, such as interviews with festival guests. During the year, I’m running press and media for different events and programs at the New Horizons cinema. Films that get awarded at the festivals get regular distribution in Poland and shown in our cinema, so as the distributors, we do the promotion and PR for those films as well. The festivals are a totally different experience from working at the cinema. The cinema is only three years old, so it’s about carefully laying the infrastructure of media strategy and PR. We’re a strong team of six people in the communication department, and we work closely together, which I think is part of our success. We have fun, and at the same time, we are professional.

How do filmmakers treat PR?
Filmmakers work so hard on pre-production and production but then promotion comes, and it can be very tiring. I know how hard it is — to go to festivals, to answer the same questions over and over again. But I wish filmmakers could approach PR and promotion as part of the filmmaking process, and to treat it with the same passion and importance as they treat pre-production and production. I wish everyone, not just filmmakers, but everyone in the film industry, including programmers, thinks more about promotion, about getting audiences into theaters to see the films. Getting projects seen should be just as important as the films themselves. In thinking about our cinema, we invest so much preparing so many great films and events, but people miss them. Promotion shouldn’t ever be neglected or seen as additional. It’s a crucial part of the process.

What’s the best way to get audiences into theaters?
I don’t think there’s one answer to this. I have to stay open-minded in my strategy so that I treat each film and event individually. It’s about being open to new ideas, to new media, to bloggers, to thinking outside traditional boundaries. I’m looking forward to working more with influencers based online because reaching people online is a challenge and something we are always trying to expand.

Do you think you’ll stay working in PR?
Right now in Poland, it’s difficult to work in PR and marketing, especially for arthouse films. There are only a few boutique distribution houses with good marketing and communication opportunities. Maybe one day I would like to — and this is a dream — I’d like to run a boutique PR agency. But for now, I’m just focused on the dreams I have for Wroclaw, and for our cinema.