“What Drives Me is an Interest… in Conveying to Other Women That We’re Not Crazy”: Ann Friedman on Journalism and Podcasting 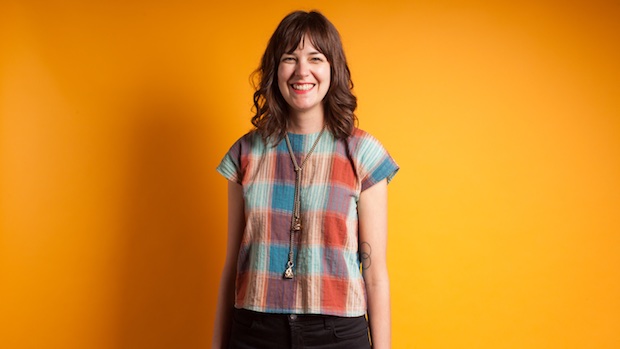 by Elaine Sheldon and Sarah Ginsburg
in Filmmaking
on Oct 21, 2015

Ann Friedman is a freelance journalist who lives in Los Angeles. She writes a weekly column about politics, culture and gender for New York Magazine. She also contributes to the Columbia Journalism Review, ELLE, The Guardian, Los Angeles Magazine, The Gentlewoman, among other publications. She’s the co-host of popular podcast Call Your Girlfriend and reviews books for The New Republic and Bookforum. Ann understands the importance of developing your own voice. She understands how our shifting landscape has changed the way people consume media, and how having a personal connection and point of view as an author, allows readers an entry point to trust your voice. Those who trust Ann’s voice look forward to her beloved newsletter, The Ann Friedman Weekly, where she sums up everything she’s written, read, listened to and watched that week. Ann has a broad view of how to tell a story, embracing all sorts of methods from longform, to GIFs, to pie chart, to DIY publishing. She’s inventive and knows how to turn it all into a paycheck. In this episode, we talk about the changing role of journalism, getting fired, the importance of building your future network, the perils of aging in the media world, and the importance of self-driven projects. If you’re a freelancer, don’t miss this episode.

On being her own kind of journalist
I don’t really have a huge inflated sense of my importance to the world as a journalist. I think that I bring journalistic skills to bear on this other project that is both feminist but also more about telling good stories. What drives me is an interest in knowing more about the world around me and also an interest in conveying to other women that we’re not crazy. And also treating women like we’re all smart equals! There is a certain amount of “being the change” that I think has been a traditional failure of a lot of media aimed at women. “Listen up girls!” is not a tone that any woman really likes. It’s more just, “Hey, I’m going to to look you in the eye and talk to you like a real human.”

Developing your own voice
I think I’ve had a lot of different voices at different stages in my career. You tend to adopt the tone of the publication that you’re writing for primarily. I think it’s tough to really embody everything it means to be a woman in your 20s, both the slang and the way you actually talk to your friends, but also the stuff you care about and still be taken seriously because [of] sexism and ageism. So, I almost aged into being able to be a little bit more authentic.

Ann’s personal editorial philosophy
I write to people like they are friends or as smart as I am, or consuming the same pop culture that I am. There’s nothing I hate more than reading a magazine and having an editor or a writer say, “Let me reveal something to you.” I’m like, “Well actually that was on Tumblr about three years ago.” I like to make the assumption that everyone is on my level or we share some assumptions about equality or the fact that you can make jokes and still be a serious person. I try to give that benefit of the doubt to the people who are presumably reading the things that I write. That also informs my tone. The gap between the tone of the emails I write for friends and the things I write publicly has just gotten increasingly smaller the longer my career goes on. I think part of that is privilege of age, part of that is privilege of being a freelancer and part of it is just lessons learned over time.

How to build your network
Consider the people who are immediately around you as your colleagues, not your bosses. Who do you know right now and how can you invest in their career? And how can you get them to help invest in yours? Maybe it’s making something together on the side. “Feministing,” which I did for six years and which directly led to me getting work and led to people knowing my name, was a thing I did unpaid with a group of friends for years. There’s a lot of great things in my career that sort of fit that model. Consistency really goes a long way. If people know where to find you repeatedly and you are personally invested in the quality of what you’re putting out, week in and week out, then you prove to future employers that you can do it. If you’re good you never stop building a network. It’s not like a thing you do until you’re “successful,” whatever that means. It’s a thing you do your whole career.

The role of mentoring
I think it is an obligation of people who are successful to pass along what they know to people who are struggling early in their career. I don’t think it’s charity to be nice. Because, you know, the other thing is, I will be old some day, I will be irrelevant. When I look at the prospects for older women being seen as culturally relevant and important I see fewer job prospects for myself. Let’s do the math. If I answer 150 emails a year from up-and-coming journalists, then that’s that many people who will at least open my email when I’m destitute and older and seen as less relevant by the industry. Then it’s sort of my retirement insurance. So, anyone I’ve ever replied to, you’re not obligated to give me a job but you are obligated to open my email and reply to me when I’m old.