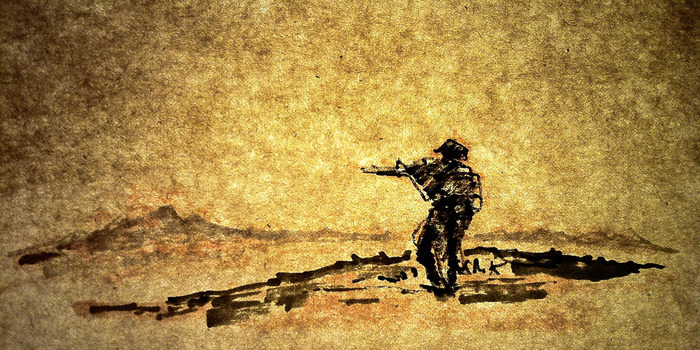 by Jim Cummings
in Distribution, Filmmaking, Production
on Mar 27, 2014

Short films are a peculiar enterprise. They are well regarded as an investment vortex, with nearly zero prospects for return and lots of prospects for expense. Many are made and vanish after a run on the festival circuit, if they are even seen at all. But they are also an essential tool for honing one’s craft, and, given the bitesized format, ripe for cultivating an audience.

I was impressed by the intelligence and honesty Jim Cummings displayed in his talk on the digital recession at SXSW, so I asked if he’d be interested in doing a quasi-followup for Filmmaker. Given ornana’s widespread audience for short films — (notes) on biology has a healthy 1.2 million views on Vimeo — I figured Jim may be able to shed a little light on what it takes to get your short made and seen. His thoughts are below. — Sarah Salovaara

I’ve spent the last three years making movies with ornana films, the traveling filmmaking collective created by director Danny Madden. At every film festival we’re asked, in many different ways, “How much does it cost to make your movies?” “How did you get that funding?” “How do you guys keep doing it?”

With so many production and distribution outlets for modern filmmakers, it’s shocking to me that the majority of the discussions in the film world center around ways to take money out of filmmakers’ pockets (that new camera you need, the false idolatry and peddling of higher education, those film festivals that cost $60 for a rejection letter) and the drought of real methods of putting money back into them. So in response, here’s an honest and free explanation of how we made our movies in the hopes that it will actually help everyone out.

We tried to make movies that people couldn’t see elsewhere. We made something cool, something worth talking about, something for people. We fell in love with taking people on an emotional ride, we ran at hard work, we considered what actually makes people laugh, not what we thought would, and we had great sound because people are still listening.

We ran a crowdfunding campaign with a cool video. We bugged our friends and spammed facebook groups for animation (sorry about that). We put up fliers in expensive restaurants and yacht clubs. We damn near hung a sign over an overpass during rush hour. We offered big and small rewards because everything helped. We only asked for what we needed. We had family investors on stand-by at the deadline.

We got on linkedin and looked up people in public relations at companies we liked. We found their phone numbers and called them up. We showed them our previous work and its viewership and asked for funds and supplies in return for their logo in the credits.

We got on PDFsearchengine.org and combed for phrases like “Television Broadcasters List” and “Television Distributors List” and in minutes we found PDFs, hidden from the public eye, with the phone numbers and email addresses of people in television acquisition departments around the world. We called them up, repeatedly, and because of this our short film is being broadcast on television in every major region on almost every continent. The same PDFs show up for movie studios by the way. (Winky face.)

We released our movies online for free. We reached out to blogs and media outlets asking them to help promote the releases. We gave them the advantage of being the first to break the story. We found that the size, readership, and region of the outlet matters less than how well fit the publication is to covering the film. Big publications help too. Many of them are caring and wonderful (like this one).

I hope that this is helpful. I hate the idea of people struggling to make artwork when all it takes is ignoring the people that try to sell you opportunities and just doing it yourself. We had a quote up on the wall at our studio from the poet Machado. It reads: “Wanderer: there is no path, the path is made by walking.”

Jim Cummings is a producer at ornana.com