“In My World, Hatred Only Begets Hatred”: Director Martin Zandvliet | Land of Mine 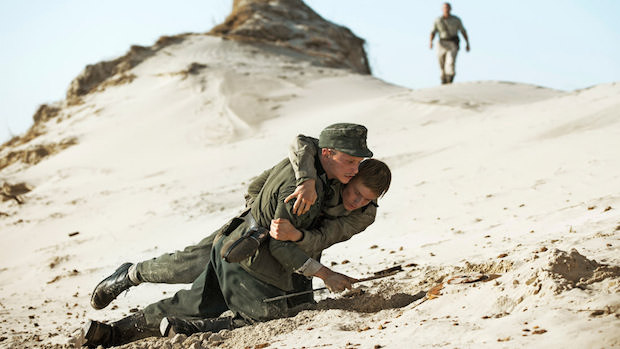 My “hidden” motivation. You could say that I’ve tried to make a political film, hidden within a true story that took place more than 70 years ago, a story which also addresses a contemporary dilemma. I did this, because I am convinced that we often find it much easier to consume, learn and understand things that happened in the past, rather than things happening right now. The scary thing is, of course, that we rarely learn much of our history and often repeat the same mistakes over and over again. When you look at terrorism today or the refugees that come crashing across our borders, we much too often act from our immediate emotions — which are built up by fear, hatred or the desire for retribution — rather than stop and think ten moves ahead and consider the consequences. In my world, hatred only begets hatred and an “eye for an eye, tooth for a tooth” mentality has never brought anybody any good. When the main character, sergeant Carl, is ordered to control a small group of much to young German soldiers out onto the beach to clear mines, something happens with his patriotism. He is suddenly in doubt – in doubt about the why’s and what values he’s really fighting for or even against. I believe its one’s actions that determines people’s values ​​and not the physical assets in the form of land, language and property.