We Tell Ourselves Franchises in Order to Live 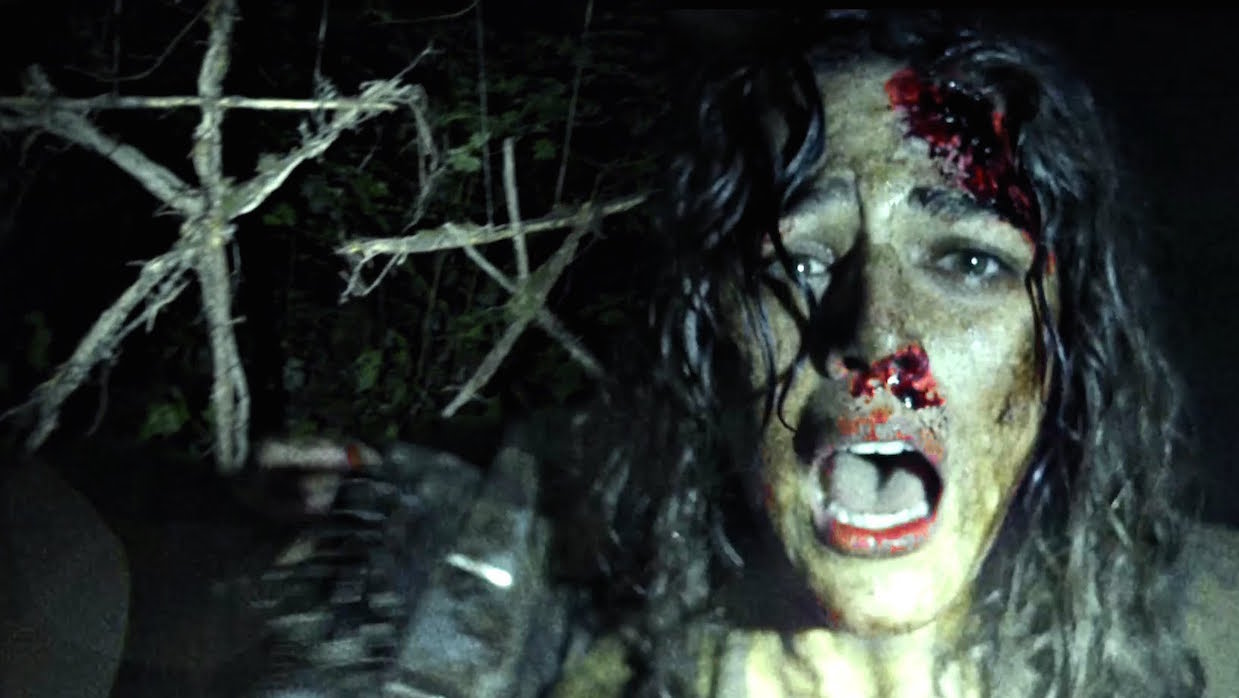 Last weekend I took a trip to the Regal Union Square Stadium 14 and paid seventeen bucks to see Blair Witch. Based on the reviews, I was pretty certain that I wasn’t going to like it very much (spoiler alert: I was right). But still I felt compelled to hop the Q train and head into Manhattan to meet my friend at the multiplex.

What brought me out there?

Maybe it was the changing weather and its subliminal indication of Halloween’s approach. Maybe it was the faint hope that director Adam Wingard — whose previous work I’ve really dug — would elevate what otherwise reeked of a requisite studio cash-in. Or, hey, maybe it was the titular witch herself, possessing me to the Regal like the other hapless victims she ensnares in increasingly far-fetched manners throughout the film.

No. It wasn’t any of those things that brought me there. It was nostalgia.

I was 13 years old when the first Blair Witch came out. It was 1999. I have clear memories of sitting in my best friend’s newly-christened “computer room” waiting for the film’s trailer to load on dial-up. It was choppy, pixelated. It stopped every three seconds to reload. And it blew my mind. I didn’t even know that a film could have a website back then, let alone a viral marketing campaign.

I don’t have such crystal clear memories of watching the film itself. I think I found it kind of boring — too much freaking out about rocks and sticks and stuff. But man: that trailer. That feeling of being a part of something groundbreaking. When you get a whiff of it as a kid, you’ll happily throw away seventeen bucks away on the off-chance of feeling it again.

I’ve been thinking a lot this week about conventions in storytelling and genre. About why we are drawn to stories (and intellectual properties) of the past, even when we know that at best they’ll be pale echoes of what got us interested in the first place.

I think it goes a long way back. To that whole “cave paintings” phenomenon that was all the rage in 50,000 BC. To the idea that art — back then and all the way up until right now — is really just a way for us to express to the world who we are. To say, “we exist.” “This is what we’ve experienced.”

From those first cave paintings we’ve been telling stories in order to live (#JoanDidion). And it’s been said that there are really only six kinds of stories. If I remember from Screenwriting 101, I think it goes something like this: (1) man vs. man, (2) man vs. self, (3) man vs. nature, (4) Alien vs. Predator, (5) Freddy vs. Jason (6) Predator vs. nature.

But at some point we got bored with just having six kinds of stories. It no longer let us define ourselves or our individual experiences specifically enough. No one was walking around bragging to their friends about being a huge “man vs. self” geek.

And so we drilled down and invented genres, an agreed upon sets of conventions that a story must follow. And it worked! Oh, the comfort of being able to define one’s self through what we like. To be able to say: “I’m a horror movie nerd.” “I only like art house films.” To brag to your friends at the Mahjong table about how you only listen to stoner metal these days.

The most long-lasting genres are the ones that allow for endless reinvention amidst cultural development. Take the horror genre: from Mary Shelley’s Frankenstein to Jennifer Kent’s The Babadook, we keep finding new ways to adapt its broad conventions into works that reflect our contemporary anxieties and desires.

In recent years though, in our advanced capitalist hysteria, genres often no longer feel specific enough to help us understand ourselves and our world. Their conventions suddenly seem too vague, too broad. We felt the need to drill down one step further.

And thus the era of the franchise dawned.

Now we don’t anticipate and seek out the next great horror story. We anticipate and seek out the next season of American Horror Story. When we run out of Harry Potter books to adapt, the question doesn’t become, “Well, what’s the next great fantasy series?” It becomes, “How can we expand this universe?” George R.R. Martin just revealed he’s got thousands of pages of Game of Thrones prequel stuff written. You could almost hear the champagne bottles popping over at HBO.

Every ten years like clockwork we get a new Peter Parker origin story. We get eighteen Marvel movies a summer, all of them exactly two hours and forty eight minutes long. All of them with the exact same climactic battle where Iron Man and Thor accidentally destroy a third world country while fighting a CGI chain-link fence.

We’re five years out from the first Lost reboot (this time what if the smoke monster’s a girl? This time what if Damon Lindelof actually has a plan?). We’re ten years out from a geriatric Jack Bauer returning to bash terrorists with his cane in 24: Live Yet Another Day. In fifty years we’ll all be speculating about who they’re going to cast as the new Barb in the fourth Stranger Things reboot.

I don’t mean to imply that reboots and sequels are a surefire recipe for stagnation. I’m not anti-reboot or sequel across the board. In fact, I think working from an agreed-upon rubric can be a great way to to transform what’s familiar into something new and vital. The 2003 Battlestar Galactica reboot took a ’70s misogyny-fest (with robots!) and transformed it into a gritty parable about post-9/11 anxiety. The versatility of the Dr. Who mythology allows that show to reinvent itself seemingly eternally without getting too bogged down by the past.

But the films in our most successful franchises so often feel like snowflakes. On close inspection, a little bit different. But to the naked eye, damn if they don’t appear to be essentially the same.

And that’s the real problem with a culture that has an overreliance on franchises: the rulebooks and conventions of the franchise are often simply too strict to allow for innovation. When a movie is the latest within a well-known franchise or larger property, audiences and studio executives bring a laundry list of expectations to the table: they need specific story beats to be hit, certain tones to be met, iconic catchphrases to be repeated, the requisite awkward Dan Aykroyd cameo to be make everyone feel bad and sad.

The desire to experience something meaningful through something familiar is nothing new. In fact, it’s a core part of the human condition. I think we call it a “ritual.” And judging by how long the Muslim, Jewish, and Christian franchises have been running, it’s not going anywhere. Smart storytellers know that if they want challenging work to reach large audiences, they need to package it in comfortingly familiar genre conventions and forms. I’m reminded of Joss Whedon telling The New York Times that if his show had been called “Buffy the Lesbian Separatist, a series of lectures on PBS,” no one would have watched it.

But trying to recapture, recreate, or reimagine the magic of something as specific to its moment as the original Blair Witch Project is an unwinnable task. I almost feel bad for Adam Wingard for trying (or I would, if it wasn’t for that fat Lionsgate paycheck).

What’s he going to do? If it’s 90 minutes of kids wandering around the woods with VHS cameras again, it’s going to get labelled a retread. If it’s batshit insane amplified horror movie theatrics, a non-found-footage prequel, or the Blair Witch spouting Freddy Kreuger-style puns, it’s going to be called too unfaithful to the original. I guess Wingard could have gone the meta route and done a Gremlins 2-style commentary on the crass ubiquity of found footage sequels. But in this post Jurassic World world, even meta feels tired, and increasingly like an implicit apology from the filmmakers for the film’s mere existence.

Nothing will work because we don’t want another Blair Witch movie, really. We want to recapture that flicker of what made it feel special in the first place.