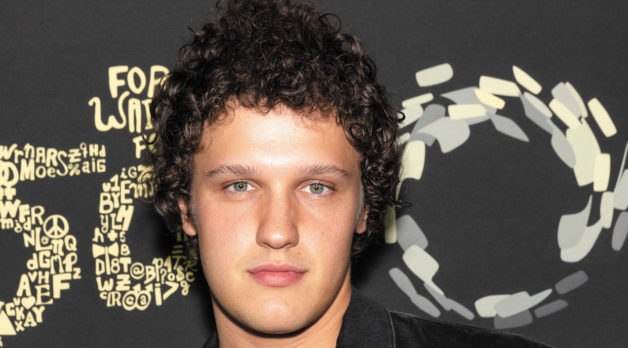 A three-person, one-set short that dazzles within that setup, Antonio Marziale’s Starfuckers opens with an unnamed young man (Antonio Marziale) weeping and closes with the same image reframed as coming from a place of empowerment. In between, he arrives at a ritzy house in the LA hills and performs an act of hired degradation for a member of the showbiz elite (Jonathan Slavin). Showering, the unnamed young man admits an accomplice (Cole Doman) through the bathroom window and, one drugged drink later, the tied-up exec wakes up to their show. The first young man performs in drag alongside his accomplice, who’s dressed in comparatively conservative masculine-presenting clothing. With impeccable lip-synced timing, they dance, sing and recite a furious mix of original music and lyrics. Given the setting and the power gap between the younger men and their unwilling host, the #MeToo predatory element their performance addresses shouldn’t be a surprise, but the film’s aesthetic trajectory and tone of high drama play against expectation. Shot in Academy ratio, it’s an ominously stylized work whose performers are as adept behind the camera as they are as performers knocking out their plum parts in front of it.

That Starfuckers’s bookending shot resembles Renée Falconetti’s famous suffering close-up in The Passion of Joan of Arc isn’t an accident. Marziale grew up watching films like Metropolis and Passion with his mother, who, the actor-writer-director says, “encouraged me to watch movies that were taking risks and doing things a little bit differently.” Graduating high school at age 16, Marziale studied acting for four years at Carnegie Mellon, then moved to Los Angeles. His post-collegiate credits include a breakout part as Elliot, a queer boy who attracts the confused attentions of a straight guy in 2018’s Netflix romantic comedy Alex Strangelove, and a villainous role on the streamer’s forthcoming version of Matt Wagner’s comic book series Grendel.

When Marziale started thinking about making Starfuckers, he decided to collaborate with his longtime friend Doman (Henry Gamble’s Birthday Party), as “both were really interested in the thriller space.” One challenge to getting the film made was that showstopping climactic drag show, whose impact was less clear in screenplay form. Marziale went into a studio and “recorded all those voices. When people read the script, it said ‘Start MP3 now.’ It gave a much more textured experience of what I was trying to get across. That assembled the team, because people got excited once they were able to understand more specifically.” Besides Passion’s influence on the ending (“We wanted to make sure the whites of the eyes really popped”), Marziale also cites Samuel Beckett, whose Krapp’s Last Tape has a man listening and reacting to recordings of his younger self, and the legacy of drag character Lypsynka, created by John Epperson, who performed to dizzyingly edited audio montages of flamboyant performances by 20th century thespians.

Shot during three overnight shoots, with some on-set help with directorial logistics provided by 2019 New Face Matthew Puccini, Starfuckers premiered at this year’s Sundance Film Festival. Despite the festival moving to all-virtual because of the Omicron surge, Marziale says that he still “felt so taken care of,” and the short has gone on to play festivals including Berlin and Outfest LA. Its success has so heartened and surprised Marziale that he’s begun working on a feature expansion, currently in development, which he hopes to make as his feature directorial debut.—VR/photo by Ovidiu Hrubaru