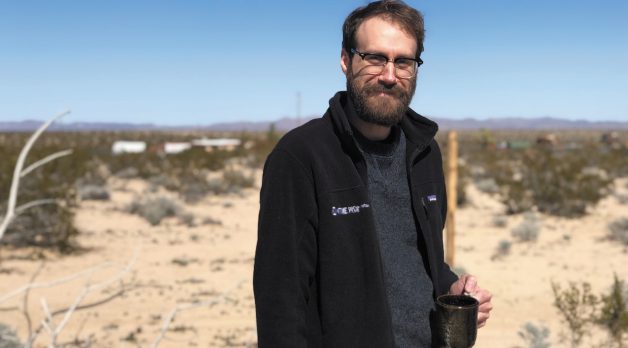 Having premiered in the NEXT section of the 2019 Sundance Film Festival, The Death of Dick Long obtained status as a midnight attraction, complete with ardent, if not secret-keeping, fans. Like the most audacious films of the witching hour, The Death of Dick Long, directed by Daniel Scheinert (half of directorial duo Daniels, 25 New Faces in 2015) and written by Billy Chew, comes complete with a salacious title, jaw-dropping gumption and a shocking twist that’s both comically perverse and in tune with its preceding hysterics. Set deep in Alabama, the film follows two beer-guzzling bandmates who clumsily attempt to cover up the unexpected death of their good friend, Dick Long. That Dick is dead is made clear at the outset — how he died is another outlandish story entirely.

As a Dungeons & Dragons kid growing up just outside Boston (and, later, southern Maine), Chew first experienced cinema orally, his parents relaying plots to films he wasn’t old enough to see. “Part of what they liked about having kids was introducing us to different movies that they liked at different stages of our development,” Chew recounts. “I learned every plot point and every beat of Ridley Scott’s Alien 10 years before I was old enough to see it. My dad would offer an analysis of why movies worked or didn’t work, and I went on to do that with my siblings.”

A student of creative writing and film at Emerson College (where he met Scheinert), Chew — unsure how a professional career in the arts would pan out — moved to Alabama to work as an editor in a Tuscaloosa production house that made public television documentaries. He would be given hard drives containing more than 250 hours of raw footage and entrusted by his bosses to craft a story. Living in the middle of the woods at an old cow pasture (“I’d wash my clothes with rainwater and even got washed away in a flash flood one time”). Chew was left to build narratives out of provided visual material.

Moving to Los Angeles in 2010, Chew edited several behind-the-scenes docs of music videos. His nonfiction past helped him cocreate a short, about cyberhacking in Romania (In Search of the Most Dangerous Town on the Internet) with filmmaker and friend Sean Dunne, and an interactive doc, The Gleam, with Scheinert (himself an Alabama native). Admittedly “riding the coattails” of his filmmaker colleagues, Chew ventured into the world of script adaptations and rewrites on the strength of several specs he had written, retaining the desire to tell stories about Alabama.

While The Death of Dick Long was a feature script Chew began writing while in Alabama, the film, which opens September 27th, was finally brought to the screen by Scheinert and A24. Another group that decided to lend support was the early aughts rock metal band Nickelback, whose music featured hilariously in the film. “We wrote a letter to Nickelback about how we wanted to use their music in our film,” Chew admits, “and once they were on board, it’s like they broke the seal, as Staind became cool [with us] using their music, as well as Creed and Papa Roach, even though we told them that we were kind of using it as a joke. They said, ‘Oh, that’s fine.’” — EL/Photo by Nilou Rahmani