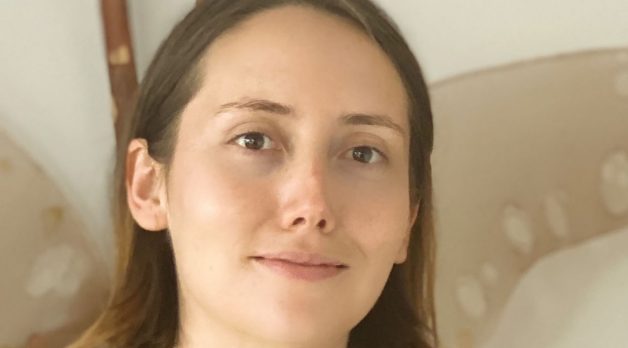 Describing his work as a journalist on the alt-right beat in 2017, Joseph Bernstein noted that he had “a high personal tolerance for shit.” It’s a description Hayley Garrigus thinks could also apply to her approach to nonfiction filmmaking, she says, “mixed in with pure curiosity for people, this naiveté I approach these subjects with. I’m going to come at you as if I don’t know you at all, without any preconceived notions.” You Can’t Kill Meme, her first feature, is bookended by the unnerving image of an CG-animated Pepe the Frog cradled like a baby in a man’s arms before slowly turning his head. Meme branches out from 4Chan’s infamous r/pol board to interview subjects who include online meme warriors on the left and right, a self-described “lightworker” who hosts workshops at her home and R. Kirk Packwood, whose 2004 book, Memetic Magic: Manipulation of the Root Social Matrix and the Fabric of Reality, codified how memes might be used for real-world gain. Diving into unsettling conversations with a variety of (often disturbed or disturbing) people, Meme is anchored by Garrigus’s coolly delivered narration, which diagnoses and teases out the implications of her footage. A major inspiration, she notes, is Adam Curtis, “the master of overintellectualizing and overanalyzing.”

Growing up in Los Angeles, Garrigus received “12 years’ worth of Catholic education, which I think plays into a lot of the themes that I look for in my work—these questions I’m continuing to ask about beliefs and blind faith. I’m an only child. I spent a lot of time growing up, and I’m a true millennial: computer in my room at 12, going in these pretty fucked-up worlds by myself without much reference.” At 16, she attended a Harvard summer film program taught by Robb Moss, which exposed her to Tarnation, another major inspiration. After attending Bard, where her mentors included Peggy Ahwesh, Garrigus moved to Los Angeles and worked as a junior story editor on TLC reality show My Giant Life. A “nebulous” plan to move to Las Vegas and search for subjects provided Meme’s start, its production funded by Garrigus’s job savings, a bank loan and incremental loans from her parents. After 10 months of solo shooting in Las Vegas, Garrigus moved to New York and began editing. She is in the final stages of planning distribution of the picture-locked results for the end of the year.

Making Meme, Garrigus says, “taught me more about what not to do and how not to do it than anything else, which I’m really grateful for at this point.” For her next feature, $tar Ca$h, which looks into the world of financial astrology, she’s planning her “first foray into trying to make a film from beginning to end in a more professionalized way.” The subjects this time (some interviews were shot pre-pandemic) “are very wealthy, successful people using astrology to game the stock market. They will use anything—it’s this belief that they have this power over the market that no one else has.”

Meanwhile, to blow off steam from the stress of “having to release a pretty fucked-up, potentially polarizing film, on one hand, and having to get into this professionalized world of making a doc from scratch with very serious people,” Garrigus has been making a series of less structured, more “silly and fun” short films she’s shared on her Vimeo page. Currently in production: an examination of Anthony Comello, the Staten Island mob figure on trial for a QAnon-inspired murder.— VR/photo by Anna Pierce