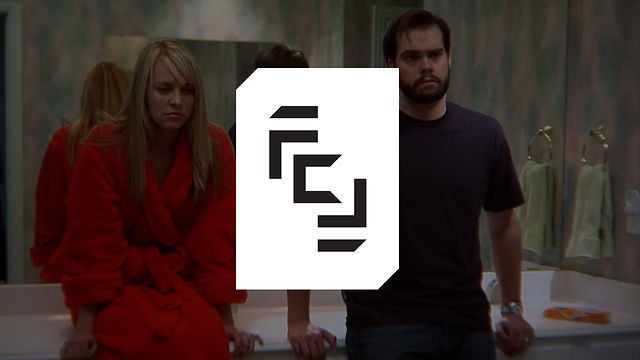 by Sarah Salovaara
in Distribution, Filmmaking, Interviews
on Nov 11, 2013

Filmmaker contributor John Yost recently joined forces with Alexander Berberich to launch Fifth Column Features (FCF), a boutique independent film studio and online distribution company. Though the concept may sound familiar, FCF boasts the industry’s first pay-as-you-wish content model, which Yost likens to a barometer for audience commitment. Filmmaker spoke with Yost about what FCF is doing differently, and how, as filmmakers themselves, they are able to prioritize their colleagues’ best interests.

Filmmaker: Why do you feel the industry was lacking a pay-as-you-wish platform? Are you operating from a standpoint that audiences are the most valuable entity to an independent filmmaker?

John Yost: Pay as you wish is just our way of connecting to our audience(s) and growing as filmmakers. The pay-what-you-wish model is a bit like crowdfunding campaigns in two ways.

1) They both create a one-to-one connection between the audience member and filmmaker which allows you to cultivate an audience. Even with a small amount of loyal fans an artist can make a living and create opportunities to make more work.

2) The pay-what-you-want decision shows the audience’s level of commitment to the work and the value they place on it. It can be a barometer of what you’re doing right, what you’re doing wrong, and if there is a demand for your work. Like a Kickstarter campaign, you get a sense if it’s something folks want to see, and it gives you a realtime understanding of your growth as a filmmaker.

Filmmaker: What’s the split between FCF and the filmmakers?

Yost: The split is 70/30 with the filmmakers’ 70% coming out of the gross. Therefore our 30 goes towards keeping the lights on and paying the taxes. FCF exists to support filmmakers. Getting our filmmakers in front of their audiences, and helping them with the next opportunity to grow as a filmmaker is the main goal. I feel that in our industry success is really determined by opportunity. The filmmaker who is working hard for years on end is often defined by the number of opportunities he/she has had to display this hard work. By giving talented folks a way to make more opportunities you give them room and time to grow and to take chances they normally wouldn’t have. To me that’s the most exciting thing about filmmaking.

Filmmaker: You’ve chosen to make your films available for rent through Vimeo on Demand. Why this service before all the others?

Yost: I graduated college with some of the folks who started Vimeo. I got an account in the beginning out of support for them, but soon realized it is a fantastic way to showcase, share and embed high quality work. They have a great curatorial sense, and the tools that they provide change to match the needs of filmmakers and videographers. I’ve been using them ever since then and when they announced their on-demand venture it seemed like a logical choice. It’s not pay-what-you-wish like the site, BUT we needed a way to get onto third party boxes AND have a VOD option. We obviously encourage folks to go to the site and download the films, but if they have something like an Apple TV and still want to watch it…we don’t want to limit them. We also leave it up to our filmmakers [to decide] whether or not they want to be on Vimeo. Vimeo has a great revenue split with the artists, 90/10, which is made even better as we only take an additional 20 instead of splitting the 90 percent into 70/30 – that way the filmmakers are still getting 70/30 no matter which platform they go with.

I really see the Vimeo-on-Demand platform growing as this new way of doing things grows …giving the power to the filmmakers to get their work out there without having to use aggregators. In a typical fashion, as things change, certain groups find the right pressure points and then use those points of access almost like a toll road. Aggregators are popping up, taking large sums (large for some indie filmmakers) in exchange to put your film into the algorithm marketplace that is iTunes. With FCF, we try to bypass all of that and use each other as a support base for marketing, getting projects completed, and finding new avenues of distribution. We are just starting out, but as we grow we’ll be looking for every way to get our films in front of an audience. What won’t change is our commitment to support filmmakers in all stages of their growth. Support is the one thing that makes it feel possible and no so overwhelming.

Filmmaker: FCF has made a point to provide a forum for little-seen films. Where are you mining your content from?

Yost: I would say anywhere we can, but that sounds like a buckshot approach. It really has been very organic, for lack of a better term. We will see a film, or meet a filmmaker that we like and want to work with more. Sometimes I will want to work with someone not because of the film they made, but [because of] the film they will make next if we can get them resources and opportunities. We are still a very young company, with most of the original filmmakers still finding their own voice as well, but there is a real family mentality to the folks we are already working with.

There have been films we’ve loved, and approached about putting on the site, but at the end of the day it was clear that the filmmaker was more interested in what we could do for them. The folks that we end up working with want to know what we can do for them, but also what they can do to help their fellow FCF filmmakers. To me, folks like that deserve to have their films seen no matter what stage of their career they are in.