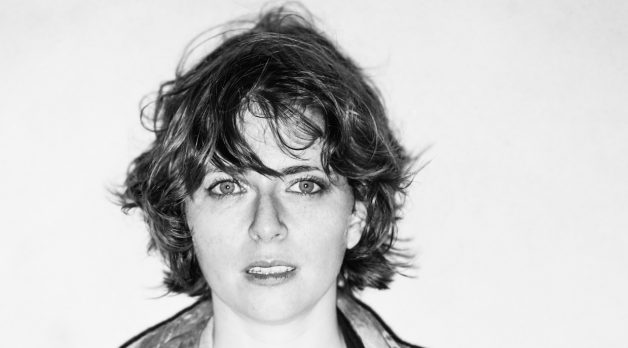 Laura Moss remembers the first time she saw her favorite serial killer film, Henry: Portrait of a Serial Killer. She was 16 and had, she says, “a flirtation with a boy, so we started a movie club together. It was an excuse to be in the same room in the dark. Our first film was Rosemary’s Baby, the second was Henry, and, by the time we kissed, it was Eraserhead, which I’ve always viewed as a cute date movie.”

The influence of ’80s horror films — and ’80s serial killers — hangs over Moss’s knockout SXSW-premiering short, Fry Day. Set against a bizarre 1989 true event — a party fêteing murderer Ted Bundy’s execution in a field outside Florida’s State Prison — it’s the story of a 16-year-old teenage girl, a budding photographer who takes Polaroid portraits of the celebrants for two bucks a pop. Amongst the crowd, with their beer coolers and wearing Xeroxed Bundy masks, is a guy she knows from school and some of his friends. Their offer to go for a ride and get in some trouble leads to a nail-bitingly tense, mournfully sad coming-of-age adventure.

That Fry Day uses the disquieting atmospherics and moral turbulence of the serial killer genre without indulging in gratuitous physical violence is a testament to Moss’s extraordinary directorial skill. “When we wrote this movie,” she says, “I sent it to different people, and one response that disturbed me was, ‘She needs to get raped. It’s not about anything unless she gets raped and murdered.’ I said, ‘I’m pretty sure if I do this right, that doesn’t need to happen.’”

Moss grew up in New York, attended Fiorello H. LaGuardia High School of Music & Arts and Performing Arts and was an undergrad at NYU when she was evacuated from her Water Street dorm on 9/11. Deciding that “the arts were not useful,” Moss shifted focus, becoming an EMT and moving to Palestine, where she worked for the Red Crescent in the West Bank. Eventually, she made her way back to the States, worked in art departments and enrolled in NYU’s Graduate Film Program, where she made Fry Day as her thesis. “I had developed a bit of an adrenaline addiction,” Moss admits, “and having worked as an EMT it’s impossible for me to get stressed out on a film set.” Early work includes a series of underground-feeling shorts that play with the conventions of archival materials. “A huge interest of mine is found and period footage,” she ways. “I like to try and inject my own sense of more modern values into a world of the past.”

Moss is currently at work on two features: Gordon, a drama about a misdiagnosed sociopath, and Hide Your Eyes, a David Dastmalchian-scripted monster movie that’s told through the viewpoint of a young female meth addict. “I grew up with horror films,” Moss says, “and it’s part of a subconscious mission to put things back into the genre that I wished I could have watched as a kid — things like strong female characters or a female perspective. I didn’t know any better then, but as you get older you become aware of those omissions.” — Scott Macaulay