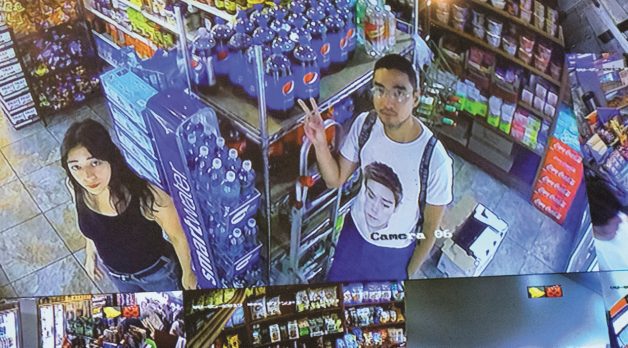 “Can we make a film about the internet without showing the internet?” says Micaela Durand, explaining the challenge she and her filmmaking partner Daniel Chew gave themselves. This summer at The Shed the pair presented the results, First and Negative Two. Both short films explore desire in the age of online communication; the latter was supported and commissioned by the new Hudson Yards–affiliated cultural center’s Open Call series (First premiered at the International Film Festival Rotterdam). In addition to charting sex and dating in the Instagram and Grindr era, the films also subtly comment on what Durand and Chew describe as “the complicity of the creative class” in gentrification and commodification, whether that’s accepting real estate money to fund artmaking or relying on privatized online platforms to make interpersonal connections.

“We both liked Björk and Todd Haynes’s Superstar,” says Durand, recalling what brought her and Chew together freshman year of NYU film school. More than a decade later, Durand and Chew are returning to filmmaking after falling into the downtown art world post-graduation. (They first experimented with Net Art because it was cheaper to make than films.) Over the years, among other endeavors, Durand was the director of the erotica press Badlands Unlimited and Chew started art-fashion label CFGNY with Tin Nguyen. “Our interest in coming back to film is its accessibility,” explains Chew. “Sometimes, art videos have an amazing idea, but they aren’t able to build a world and an atmosphere like a film can.”

Collaboration is important to Durand and Chew — not just with each other but with everyone who’s a part of their filmmaking process. They cast nonprofessional actors — sometimes friends, sometimes strangers who they find online, whose input they ask for — and work with small crews. “Us being a duo just emphasizes the collaborative experience it is to be on set. We like to be very open and work in a very small team of six or eight people,” says Durand. There’s a resulting intimacy to their work, which toggles between loneliness and connection, boredom and hyperstimulation, capturing the emotional effect of the mediated and hybrid way we experience the world, simultaneously texting a crush while at a nightclub or riding in a cab while negotiating a Venmo rate for a soiled panty sale.

Each director finds an avatar of sorts in their respective films — First centers on a teenage girl, drawing more from Durand’s coming of age experiences, while Negative Two follows a young gay man, telling a story closer to Chew’s own. Right now, the director-writer pair is working on a feature that will connect these two characters by casting them in a love triangle with a man they meet. “It’s a way for us to tease out all the tensions around their race, class, sexuality and gender,” says Durand.
— Whitney Mallett/Photo by Tony Jackson