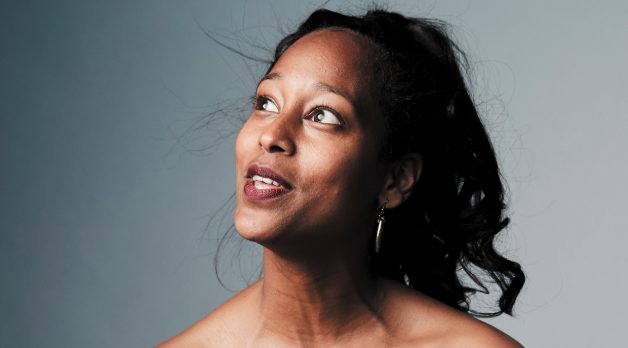 Sephora Woldu’s debut feature, Life is Fare, is a counterintuitively fun film on a not very fun subject: defining diasporic identity, specifically in relation to Eritrea, a country whose independence wasn’t recognized until 1993 and whose national identity is still a work in progress. A Bay Area native, Woldu plays Fare’s lead as a version of herself. In the opening scenes, she explains to her skeptical mom (Almaz Negash) that she wants to make a film on this loaded topic. Mom has an appalled reaction many first-generation kids will find familiar: Those topics aren’t just painful, they’re private, for family rather than public discussion. But Woldu persists, the movie splitting into two strands. One is a version of Woldu’s daily life, heavy on discussions of San Francisco’s gentrification and arguments on identity with girlfriends (lively and engaging rather than moments of heavy drama). The other is a story Woldu tells her mom, about Haile Birra (Getu Mehari), an immigrant startled when three women only he can see — representations of his homesickness — start following him, cheerily lip-syncing to classic Eritrean tunes.

An invigoratingly make-do low-budget musical, Life is Fare is lifted tonally by its songs and literally by its intelligent, unexpected use of drones (elegantly deployed to record those chases while also evoking the Eritrean war for independence shortly after Haile describes combat planes flying overhead). Woldu’s first short, Impresa!, also starring herself, is a musical with no dialogue, only subtitles. In both cases, foregrounding songs was inspired by Bollywood (“a lot of people grew up watching Indian films in Eritrea”). Woldu first visited Eritrea in 2014, then began writing when she got back. “In the summer of 2016 we shot a film,” she explains. “I’m still working a full-time job, so I took my two-week vacation and it was just shooting, which was the opposite of vacation, but it was great.” The film premiered at last year’s Brooklyn Film Festival.

Fare’s formal playfulness comes in at a festival-unfriendly 62-minute runtime; as Woldu explains, “I think that that’s where my lack of a film education comes into play. I did not care how competitive it was for festivals when it came to stuff like length.” Her next project, which will expand the universe established by Impresa! and Fare, is set in early ’90s San Francisco and Eritrea in the wake of the latter’s newly gained independence, tracking one of the many diaspora families that moved back home. Her long-term plan is to move to Eritrea and work as an artist there, bringing the Asmara Indie Film Festival along with her. “I can never make a film like Life is Fare again,” says Woldu, who’s currently in script development. “It was a labor of love, innocence, optimistic ignorance — scrappy, with not a lot of money. This is the film that I wanted to make before Life is Fare, but I had to make Life is Fare to introduce a world and prove to myself that I can finish a feature that would make sense and be good. This film is going to require more.” — Vadim Rizov/Photo by Nicolas Zurcher