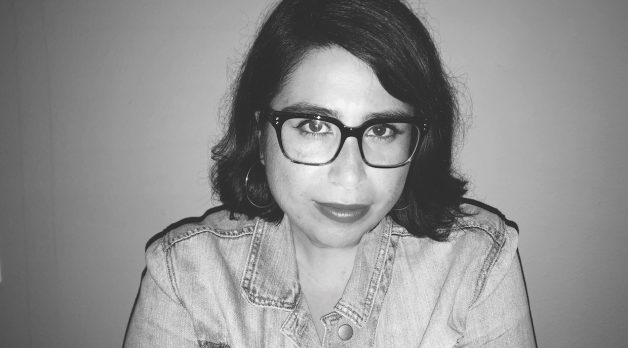 How does one capture in documentary that which you cannot see but only feel? That was the challenge Houston-based filmmaker Paloma Martinez set for herself with her short, Enforcement Hours (retitled Sanctuary City Hotline for its posting on The New York Times’ Op-Docs documentary shorts website). “I have a lot of friends who are undocumented,” she says. “There are stories you know from the community that there’s no way to show visually. It’s more like a feeling in the air. I know people who change their behavior, who pay someone to go buy milk for them, who stop speaking Spanish in public. It’s difficult to make the fear that exists in this climate visual.”

A daughter of Mexican immigrants, Martinez found the solution to her challenge when she spoke to representatives of the San Francisco Rapid Response Network, a volunteer hotline assisting undocumented immigrants facing ICE raids. “They told me about the lack of activity on the line–90% of the time they are just dealing with hearsay and rumor. People thought that was a weakness of the story, but I saw it as a strength, because the story would be psychological and not about following a raid.”

The trenchant and melancholy Enforcement Hours sets its soundtrack of hotline calls against a beautifully composed series of dusk-to-dusk Bay Area images. Some callers are confused, unsure whether ICE officers are parked on the corner. Others are threatening, like one racist man asserting his European immigrant status. As night goes back to day, one story emerges of an immigrant man caught in a raid; here the gap between soundtrack and image finally devastates.

Enforcement Hours works from a formal conceit that’s broken in its final minutes, a structure Martinez employed as well in her previous short, Crisanto Street. (“There has to be a turn in every short film, and breaking the language can be a good way to make that turn,” she says.) Winning awards at the San Francisco International Film Festival, that short deals with housing and economic inequality through the flip-out viewfinder of an eight-year-old boy documenting his move to low-income housing in Silicon Valley.

Martinez came to film “in a roundabout way.” After studying economics at Boston University, “I became disillusioned with everything I learned. Rather than become a banker, I became a labor organizer working with immigrant communities across Texas.” She began doing short video interviews on topics like minimum wage and work-safety regulations. After eight years, Martinez decided to focus solely on filmmaking and enrolled in Stanford University’s documentary film MFA program, from which she’s just graduated.

Martinez is currently planning a nine-month move to Mexico City, where she’ll develop a new project. “I’m looking for stories of bicultural twentysomethings who grew up in the United States undocumented and had to move back to Mexico because of a lack of opportunity here. Because of their great English skills, a lot of them are working in customer call centers servicing America and have to navigate this real conflict of identity. There are so many gray areas of the law, so many people who couldn’t be reached by DACA, so many lives lived biculturally, and I’m hoping to pursue these stories.” — SM/Photo: Aliss Lugo