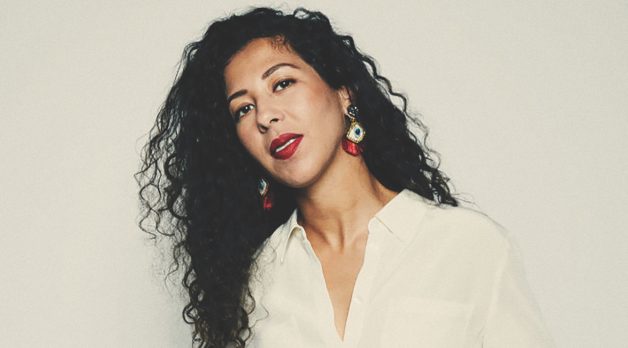 As a child in the 1990s growing up in the predominantly Muslim community of Bridgeview, Illinois, Algerian-American filmmaker Assia Boundaoui doesn’t remember the first time she realized she and her family were being watched by the FBI. “There wasn’t a moment that anyone told me,” she says. “It was just something I always knew: We are being watched, and people are looking at us in a different way. I remember watching the [first] Gulf War on TV, and then people responding to my mom wearing a hijab–they were afraid of us, suspicious of us.”

Boundaoui’s investigation into FBI surveillance of her own community–which continued, post-9/11, throughout the aughts–is the subject of her grippingly intelligent, psychologically nuanced, and politically devastating debut documentary, The Feeling of Being Watched, which premiered this past spring at the Tribeca Film Festival. The doc draws on those childhood memories as well as something she appreciated in Gillo Pontecorvo’s The Battle of Algiers, which her family used to watch together growing up: “The idea of the neighborhood as a living, breathing character… in this case a paranoid character, with trauma being what connects them.”

Boundaoui began her career as a journalist. She took a break from the journalism grad program at NYU to report for the BBC and Al Jazeera from Egypt in the wake of the Arab Spring, arriving the day then-President Hosni Mubarak stepped down. After continuing on to Bahrain and Algeria, she returned disillusioned: “A lot of big dreams were dashed, bubbles burst—there was a dark spiral into violence and counterrevolution.”

“I decided I didn’t want to do this kind of [daily] foreign reporting,” she continues. “I wanted to do deep dives–to spend a lot time researching one thing. I thought, maybe if we had looked deeply at the Arab Spring, we could have foreshadowed what would come after.” A research job for an HBO doc, Manhunt, about the search for Osama bin Laden, reawakened her interest in cinema, and she realized that her story of surveillance was a natural for film. “If I am going to tell a story about surveillance, the tool to use is cinema,” she says. “From the beginning, I was concerned with positionality. You are reflecting on what it is to be watched, to look from where you are standing and how that influences what you see.”

Boundaoui is also at work now on a fascinating AI extension of her film, realized with the Co-Creation Studio at the MIT Open Documentary Lab. “I have 30,000 pages of highly redacted documents of surveillance of my community plus 20 other American cities. So, I’m creating a machine learning (ML) program that will take thousands of pages of unredacted documents about [government surveillance of] the Black Panther Party, Martin Luther King Jr., the American Indian movement (AIM) and other communities of color and use them as a data set for an ML algorithm to fill in the blanks of my redacted documents. It will be an ’FBI bot’ that you can use, too. I’m still after accountability–I’ve got these documents, but they are full of black holes. So, how do we project meaning into these black holes? It’s like predictive policing, but from the other side.” — SM