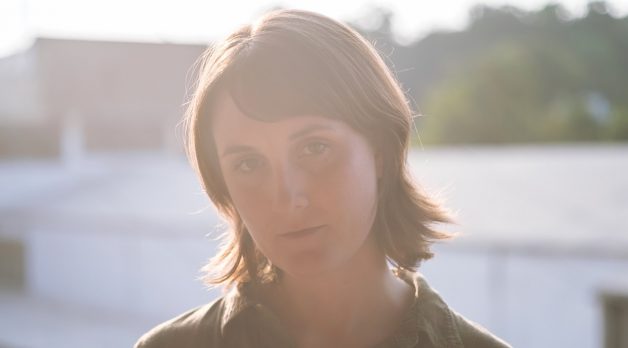 Virginia-born Marnie Ellen Hertzler had been a sculptor in New Orleans when she took a break from art and worked a couple of temp jobs—experiences that provided the creative fuel for her more recent work as a filmmaker. The first was just a regular office clerical gig, where she’d open the mail and page through ULINE office supply catalogs. “When I was a child, I would make animations on my dad’s computer using PowerPoint,” Hertzler says, “and in this office, my only tool was PowerPoint. So, I would cut out my favorite characters and models from the ULINE catalogs, scan them into PowerPoint, and animate them based on an actual event that happened in the office.”

She wound up quitting the job and using this extracurricular material to create her breakthrough short, the 11-minute Growing Girl, which played festivals from Maryland to Cucalorus. Mixing footage of snakes, animated sequences employing photographs of actors she cast, and those ULINE animations within a PowerPoint presentation doc, the film is a lyrical and introspective dream of empowerment, with its meditation on reptile biology morphing into a #metoo-inflected treatise on the psychological effects of corrosive office decor. “The environment inside of your computer, of Microsoft Office, is so like the space you are sitting in when you are using it,” Hertzler says about the spatial collapse of tool and workplace she experienced. “You’re in a white space with bland carpet, mundane objects, and fluorescent lights. I felt creative in this space and felt I needed to capture it in some way.”

Hertzler’s second New Orleans job–working as a care coordinator in a psychiatrist’s office helping patients connect with outside mental health resources–was more rewarding. She says the job allowed her “to form meaningful relationships with people who don’t have many people to talk to.” That experience, coupled with some digital remnants of that previous office job–“I would save all my spam e-mails,” she says, “maybe because I was so lonely there”–led to her next short, the live-action hybrid, Locarno-premiering Hi I Need To Be Loved. The short features actors Hertzler hired off Craigslist in dramatic readings of these e-mails with varying degrees of emotion and honesty. “You can also believe them,” she says of her actors’ tremulous entreaties, “Yet they still have this strangeness to them—like, ’Is this a scam?’”

Hertzler, who is now Baltimore based, is currently in post on her most ambitious film yet, a kind of sci-fi hybrid feature doc set in the world of SoundCloud rap and starring rappers–Rybundy, ChamplooSloppy and Sadboytrapps–she knew from high school in Richmond, Virginia. “My good friend Corey Hughes, our DP, and I went out to the desert of Colorado, where they make rap music and grow weed, and made them the last human beings alive on earth. The humor runs pretty thick, but there are sincere moments, too–should they stop because they don’t have an audience anymore? What does it mean to be producing content for no one?” — SM/Photo: Theo Anthony