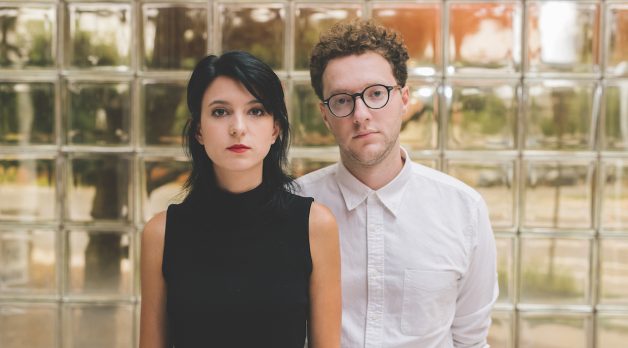 Daniel Goldhaber is the director, Isa Mazzei the sole screenwriter of record. The joint opening credit, “A Film by Isa Mazzei & Daniel Goldhaber,” is, per their press kit statement, “a rebuke to director-oriented auteurship.” The two were each other’s first high school relationship; later, Goldhaber would direct Mazzei’s online porn. A nonfiction approach to a film about camgirls was discarded when Goldhaber’s idea for the opening provided them with an in for a genre approach. Mazzei worked on the screenplay so extensively that the screenplay credit became hers alone. Producer Isabelle Link-Levy got support from Blumhouse, which connected her with production company Divide/Conquer. With his previous directing experience limited to student films, Goldhaber credits producer Adam Hendricks’s advice during the five months leading to the 20-day shoot (as well as a night-before-day-one talk with fellow Harvard alum Damien Chazelle) with preparing him to scale up. On set, “I was able to not only consult on questions like which dildos to pick, but also talk to the actors and consult with Daniel,” Mazzei says. “He’d run into video village after a take sometimes: ‘Did we get it? Do we need to do it again?’ Bringing our collaboration, which we’ve had for more than a decade on a very small scale, into a crew of 40 people was a really cool process.”

A comparative literature major whose memoir about being a camgirl is due next year from Macmillan, Mazzei was clear on the script’s objectives: “It was very important that the audience empathize with the sex worker first and foremost. None of the negative stakes could come from the protagonist’s choice to engage in sex work.” Ideological imperatives aside, Mazzei’s tight screenplay keeps Alice in a limited number of sets without coming off as conspicuously cost-cutting. Goldhaber’s motivated coverage and rendering of online spaces sweats the details; the training he received alongside Sensory Ethnography Lab (SEL) students is redirected toward an airtight thriller

With so many computer effects to realize, postproduction swelled from 15 weeks to 40. “There are 1,000 visual effects shots,” Goldhaber notes. “There was nothing that we could fall back on, experience-wise, to be like, ‘This is how to use the screens,’ when there’re 600 screens in the movie.” Cam premiered at this year’s Fantasia Festival and launches on Netflix in December. The pair are currently developing a TV show adapted from Mazzei’s forthcoming memoir and also working on two movies, which Goldhaber describes as, respectively, “a male trauma genre movie” and a “female serial killer movie.” — Vadim Rizov/Photo: Drew Levin