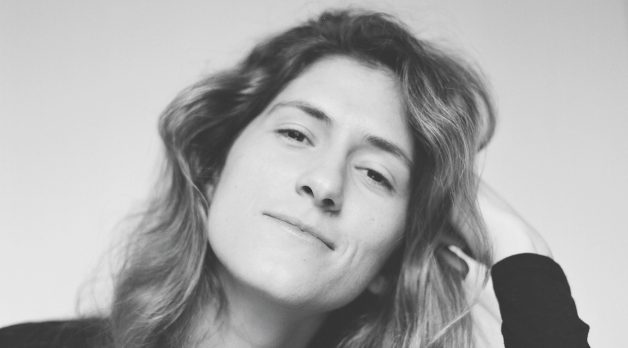 “I have a particular interest in complicated, flawed protagonists who find themselves in moral quandaries,” says writer, director and producer Victoria Rivera, a New York–based filmmaker whose success with recent shorts is leading her to her largest project, a feature adventure on the open sea exploring gender dynamics as well as the corporate politics around shark hunting.

Rivera was born and grew up in Colombia, where she debated whether to become a doctor or a filmmaker. “I shadowed some doctors, and they all said, ’Go into film,’” she says. She moved to New York, attended School of Visual Arts for undergrad, and then worked as a freelance producer for five years before enrolling in graduate film school at Columbia. Since then, she’s made several works that have gained increasing attention on sites like Short of the Week, as well as from Film Independent, Sundance and IFP, among others. The two most recent narrative shorts, Verde (2018) and Night Swim (2019), were scripted by the Iranian-American writer Neda Jebelli, and both artfully build themselves around moments of heightened intimacy between young teenage girls. In Verde, a voyeuristic moment on a summer afternoon leads to bittersweet sororal heartbreak. Night Swim, which played Telluride and Tribeca, is more provocative, a darkly lyrical story of three teenage girls who break into the swimming pool of a shuttered Rockaway Beach motel. Any female allyship between the three is extinguished when two predatory boys arrive, and one of the girls makes an awful yet painfully human choice. The short, says Rivera, originated in conversations she had with Jebelli about “that point when you’re growing up as a teenager, when your moral compass isn’t totally formed, and you’re making decisions without thinking of others long term.” The two are working now on a feature adaptation, with the swimming pool being transposed to woods where a girl goes missing, and a young female protagonist is silent. “She knows something she isn’t fully disclosing,” says Rivera, “so, it’s breaking out of the short at the first act break, then spiraling downward.”

But Rivera’s major project at the moment is Malpelo, a drama about a grief-stricken female free diver who joins a fishing boat to investigate an ocean mystery. “I’m a diving enthusiast,” Rivera says, “and I had always heard about this island, Malpelo, 500 kilometers off the coast of Colombia, which is the largest congregation site of hammerhead sharks. I became obsessed with the idea of diving there and writing a script about a woman who finds herself on a boat full of men but who feels safer in the water with the sharks.”

Rivera is working with producer Camila Zavala, who produced Verde and Night Swim, and the draft they took recently to IFP Week has a finely chiseled and, yes, morally conflicted female protagonist as well as a real understanding of how the pursuit of capital is transforming the ecology of the sea. It’s also got an expansive sweep—in other words, it reads big. Says Rivera, “It was the first time I said, ’You know what, fuck it—I’m going to write the best script and not be held down by production.’” But Rivera and Zavala are figuring out how to make the film economically. They’ve been experimenting with the virtual background technique used by The Mandalorian, and Rivera recently made as research a stand-alone doc short, Malpelo: An Expedition, which captures in three eerily beautiful minutes the sort of arresting underwater images that leap off the page in Rivera’s feature script.—SM/photo by Josefina Santos