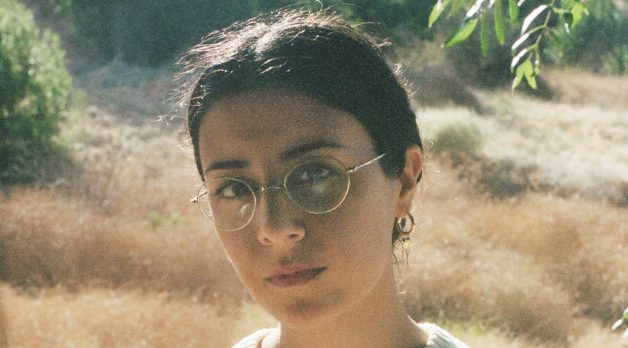 In Christine Haroutounian’s second short film, World, Claudette (Hasmik Hovian) has arrived in an Armenian village to take care of her dying mother. The 22-minute short generates one whiplash sensation after another in its very impolite rendering of end-of-life caretaking: black comedy via a visit from a neighbor bringing unwanted soup as an excuse to chide Claudette (“Your mom was right. Her death will be a good lesson for you”), abrupt visual shocks from the animal kingdom (a vividly red shot of a chicken with its head cut off, a fly crawling around Claudette’s barely breathing mother’s mouth), randomly initiated sexual encounters with strangers to stave off the imminent reality. “World is about a very heavily privatized grief,” Haroutounian says. “I think it does question the status quo on duty and how one should behave as a caretaker, a daughter, a person in the space of death. In many ways, Claudette wants to get it over with, but on the other side of it is a tremendous fear.”

Like Haroutounian’s first short, Fixed Water, World is, in a broad sense, about a difficult Armenian mother–daughter relationship. Each short (both of which played at the Palm Springs International ShortFest) takes different textural approaches to impressionistic slow cinema. Both were made during Haroutounian’s time at UCLA, but film wasn’t her first path. Born and raised in Los Angeles’s San Fernando Valley, where she attended an Armenian school from kindergarten to grade 12, Haroutounian was first an art school student, then a photographer. During college, she spent a lot of time renting canonical classics (Andrei Tarkovsky’s The Mirror and Chen Kaige’s Yellow Earth were among the films to make an early impact). “I wouldn’t necessarily talk about films too much in art school,” Haroutounian says. “If people asked about my favorite artists, I would tell them my favorite films, instead. It took me a while to awaken to the fact that I could actually do film.”

At UCLA, she “was given the technical tools, time and community to make films, but I certainly don’t think it gave me my filmic language in any way, and neither did art school. UCLA really emphasizes story, and I’m not that type of filmmaker at all.” Instead, Haroutounian’s films are “usually sparked by an errant image I can’t get out of my head, then a voice is born from that image. From there, I write shot lists of sorts that include sounds and some dialogue. Then, I’ll eventually turn that into a screenplay, more or less for everyone else’s sake.”

Fixed Water was shot on DV, World on cleaner digital but with an old lens sourced in Burbank, used to produce a gauzy edge-of-frame effect in many shots. Haroutounian wanted “a certain clarity in part because of how impenetrable it was to get to the core of grief” but also “didn’t want the image to be too clean and pretty”—a visual contradiction that mirrors the short’s jaggedly disorienting string of incidents, which never neatly synthesize into one mood. It was shot on location in Armenia, in a village recently shelled by Azerbaijani forces. Haroutounian had a month of pre-production, cast locally and shot the film over four days with a five-person skeleton crew. Shooting in Armenia (as she hopes to do for her first feature, currently in development) is important to Haroutounian, whose background is “a very particular ancestral inheritance. Being exposed to these types of stories and darker layers of humanity from a very young age, in many ways, makes you very sensitive to the human condition.”—VR/photo by Maxwell Schwartz