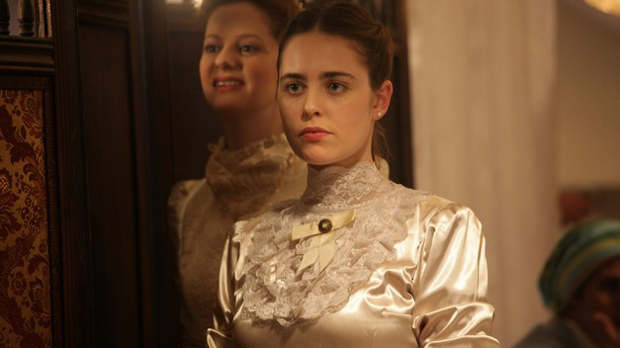 There are few more unlikely and inspiring filmmaking success stories than that of Rama Burshtein. The 46-year-old New York City-born, Israel-based writer/director of Fill the Void had previously made handful of films specifically aimed at Jewish Orthodox audiences, but had defined herself primarily as a mother and a wife. Now she has become the first Israeli Orthodox woman to direct a film intended for those outside the Orthodox community. After going through the Sundance Screenwriting Labs, Burshtein’s debut feature had a remarkable festival run last year, world premiering without much fanfare at the Jerusalem Film Festival but then going on to play at Venice (where it won two awards), Toronto, New York, London and Sundance. It has since won seven Ophir awards (Israel’s equivalent of the Oscars) and earlier this year was nominated for two Independent Spirit Awards.

Burshtein has expressed her love of Jane Austen novels, and Fill the Void very much plays like an Austen romance set within the Orthodox community. At the start of the film, unworldly 18-year-old heroine Shira (the radiant Hadas Yaron) is close of becoming engaged, through a matchmaker, to a suitor she’s never met. However, her very existence is profoundly shaken — and her prospective union called off — when her beloved sister Esther (Renana Raz) dies during childbirth. Shira’s family come to believe that she should marry her widower brother-in-law, Yochay (Yiftach Klein), however both her resistance to this idea and Yochay’s intention to marry a widow from Belgium make this marriage seem improbable. Strikingly photographed by d.p. Asaf Sudri in tight, soft-focus compositions, Fill the Void skillfully conveys the compact, intimate world of contemporary Orthodox Jews. The film is an engrossing, moving and highly fulfilling piece of old-fashioned storytelling: Burshtein’s script is beautifully observed and her characters vivid, while the conjuring act of bringing Shira and Yochay together is skilfully and organically orchestrated. (Nick Dawson)