“Life is Not a Ladder”: Amy Emmerich and Jacqueline Novak at IFP Film Week 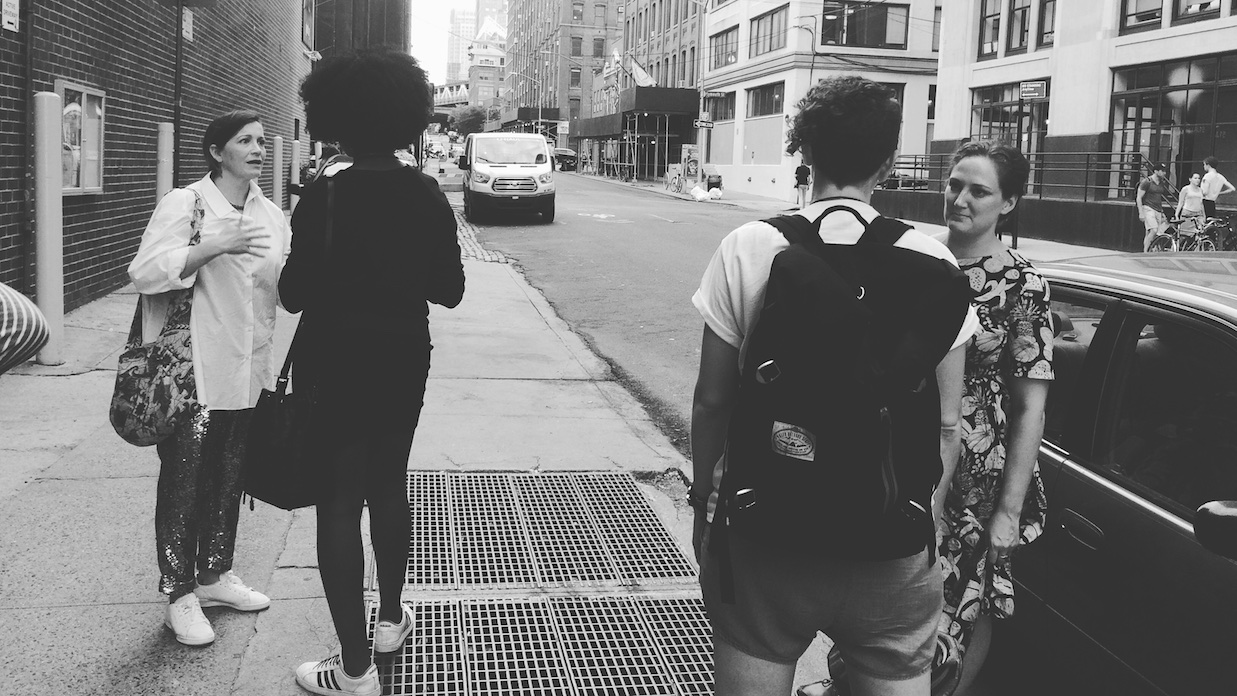 Amy Emmerich, at left, outside of IFP Film Week

“Life is not a ladder. It’s a lattice.” — Amy Emmerich outside panel in the street, via Instagram

On Sunday, September 18, Refinery 29’s CCO Amy Emmerich and comedian/author Jacqueline Novak discussed their creative partnership at IFP Film Week. Refinery29’s new YouTube channel, Riot, is home to Novak’s series “How to Weep in Public,” which deals with mental health and sharing positive advice around topics like weight, anxiety and depression. Oh, and it’s super funny. In one of her articles, kicking off the series on Refinery29’s website, “How to Take Car of Your Body When You’re Depressed,” Novak advises on a workout routine: “Anything that works up a sweat is good. Even if it means sitting in front of a space heater until you drip. While you haven’t exercised, it might trigger some positive memories associated with it.”

What really rang true in the chat was the idea that sometimes you have to take chances on both yourself and others in order to grow. “Life is not a ladder. It’s a lattice,” Emmerich said. Sometimes you have to put yourself — or your company on the line for projects that may not guarantee a monetary gain or even positive review. But Novak’s work was exactly in line with two of Refinery29’s goals: to give voice to female comedians and to discuss taboo topics. For Emmerich, it made sense. When viewing Novak’s work, Emmerich recalls, “We felt like our audience should know about people like you.”

Novak’s often self-deprecating (but deprecating in a way that’s like “let’s be honest with ourselves and our problems so we can do better”) humor was refreshing. She’s not wearing underwear, she’s got on the wrong bra for her low-backed dress, boat shoes that don’t match — all things she points out to the audience — but hey, she’s here. “I’ve had to learn you’re still going out of the house,” she said. We hold such high expectations of ourselves, never mind our artistic selves, and seeing Novak’s admittance of societies’ perceived “flaws” makes you think, hey, I could get a show on Refinery29 too. She’s got a real knack for turning a mirror on her audience by revealing her own vulnerabilities. Because we are all just trying to make it out of the house, right?

Emmerich wanted to allow Novak “permission for failure,” as well. It was never about controlling her process or demanding this or that. It was, again, a partnership. With horror stories flying around about working with big companies for big clients with (or without) big money, Emmerich showed that yes, even the big-timers can be supportive. And for Novak, even when you’re a published writer and a rising star creator, you can still leave the house without underwear.