Independent Film is a Meaningless, Outmoded Term, and We Need to Stop Saying It 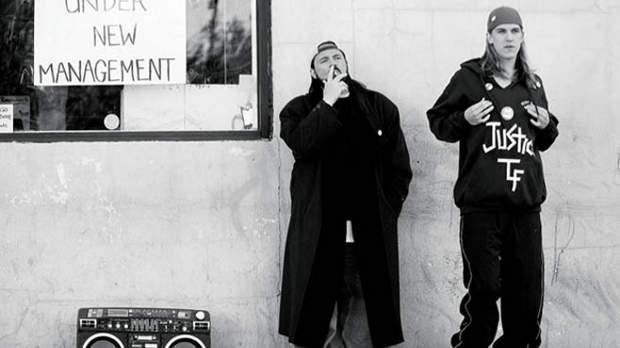 What does the term “independent film” mean to you?

To me, it’s my profession. It’s the field I’ve always worked in. I try not to talk about this much but when I was young(er) I took a brief gig in reality TV. It took me two months to realize that I’d choose low pay and long hours any day if it meant I got to work on projects that I loved.

To others, “independent film” is a genre. Back in the ’80s, when the term was first coming into popular use, “independent film” was a signifier of a certain type of movie. One being made outside the studio system for a reason — because it was edgy, different, transgressive, provocative, or just plain niche. By the early ’90s, filmmakers like Todd Haynes, Jim Jarmusch, Spike Lee, Kevin Smith and Richard Linklater rose to prominence under the “indie film” genre. Their individual styles were quite different, but together they invented a broad rubric for what we’ve come to understand as the conventions of the genre.

To passionate young filmmakers today, “independent film” is the promise of creative autonomy. It’s the sector of our American film industry where they just might have the leeway to rise to prominence as auteurs. Where they’ll have the freedom to pursue their personal visions without commercial pressures or interference.

To Hollywood, independent film is a ghetto. It’s the place where they see young filmmakers languishing, making no money and having their work seen by next to no one. At best, they view independent film as a talent pool. A place where they can cherry-pick fresh voices out of obscurity and offer them more sustainable opportunities on cable TV or studio film franchises.

To Sundance, our country’s most prominent showcase for “independent film,” these days the genre encompasses everything from Manchester by the Sea (budget: $8mm, star: Casey Affleck) down to The Fits (budget: $150k, star: Royalty Hightower). Both are films made from incredibly personal visions, but made with monumentally different funding structures and levels of industry clout.

To the Independent Spirit Awards, where films like Spotlight, Birdman, 12 Years a Slave, and Silver Linings Playbook have won top honors in recent years, “independent film” seems to mean whichever film has the best Oscar prospects. To Netflix, “Independent” is a genre included on their Category listings right alongside Horror and Sci-Fi. But dig into that list and you’ll find incredibly disparate films listed — Moonrise Kingdom next to The Invitation. The Cobbler next to Upstream Color.

For a succinct representation of this phenomenon, look no further than a recent Indiewire listicle called “15 Great Ways Filmmakers Found Their Independence In The Last 20 Years,” whose stated purpose is to compile, “the most indie-spirited moves of the last 20 years.”

But also George Miller directing Mad Max: Fury Road for Warner Brothers (which earns a spot on the list because he managed to make the film good). And then further down the list, Tina Fey’s decision to work with Netflix instead of NBC for The Unbreakable Kimmy Schmidt. Okay, I guess working with a billion-dollar streaming conglomerate is considered more “indie-spirited” than working with a billion-dollar broadcast conglomerate.

How could all of these disparate examples possibly fall under one umbrella term? Because “independent film” has become a broad catchall. It means everything and it means nothing.

Look — by pointing this out I’m not trying to denigrate the concept of making art inside a larger system. Mad Max was cool. I haven’t seen Kimmy Schmidt but I bet it’s pretty funny. Working within established channels is in no way diametrically opposed to making something good. In fact, it’s pretty much the only way to avoid complete irrelevance these days.

But by calling everything independent, we’ve drained the word of all power. And worse, we’ve failed to acknowledge the reality: that today independence in film is a spectrum, and a huge one at that. All filmmakers are a little bit independent, and all filmmakers work inside larger systems too.

So what’s the big deal? It’s just a label.

Well, labels have power. The Sex Pistols and The Ramones were just two bands playing angry, sloppy classic rock until somebody invented the term “punk.” They don’t teach the “film critics from Paris who made movies” class in film studies. They teach The French New Wave. And more recently, despite what you might think about “mumblecore,” there’s no arguing that the term codified a distinct aesthetic and in the process, launched careers.

Labels matter to us. They provide context. They give us something to get excited about. They create movements.

Independent film has become a safety blanket, a term we use because it’s easy and broad and because it sounds respectable. It’s a term we use in place of actual, specific signifiers. It once meant something important and clear, but has been co-opted countless times over, outmoded by changes in technology and in the industry, drained of all relevance and specificity with time.

But its original promise — to provide an alternative to the mainstream — that’s something that’s just as relevant and needed in 2016 as it was in 1980.

We need to kill independent film in order to save it.