10 Lessons on Filmmaking from Viggo Mortensen 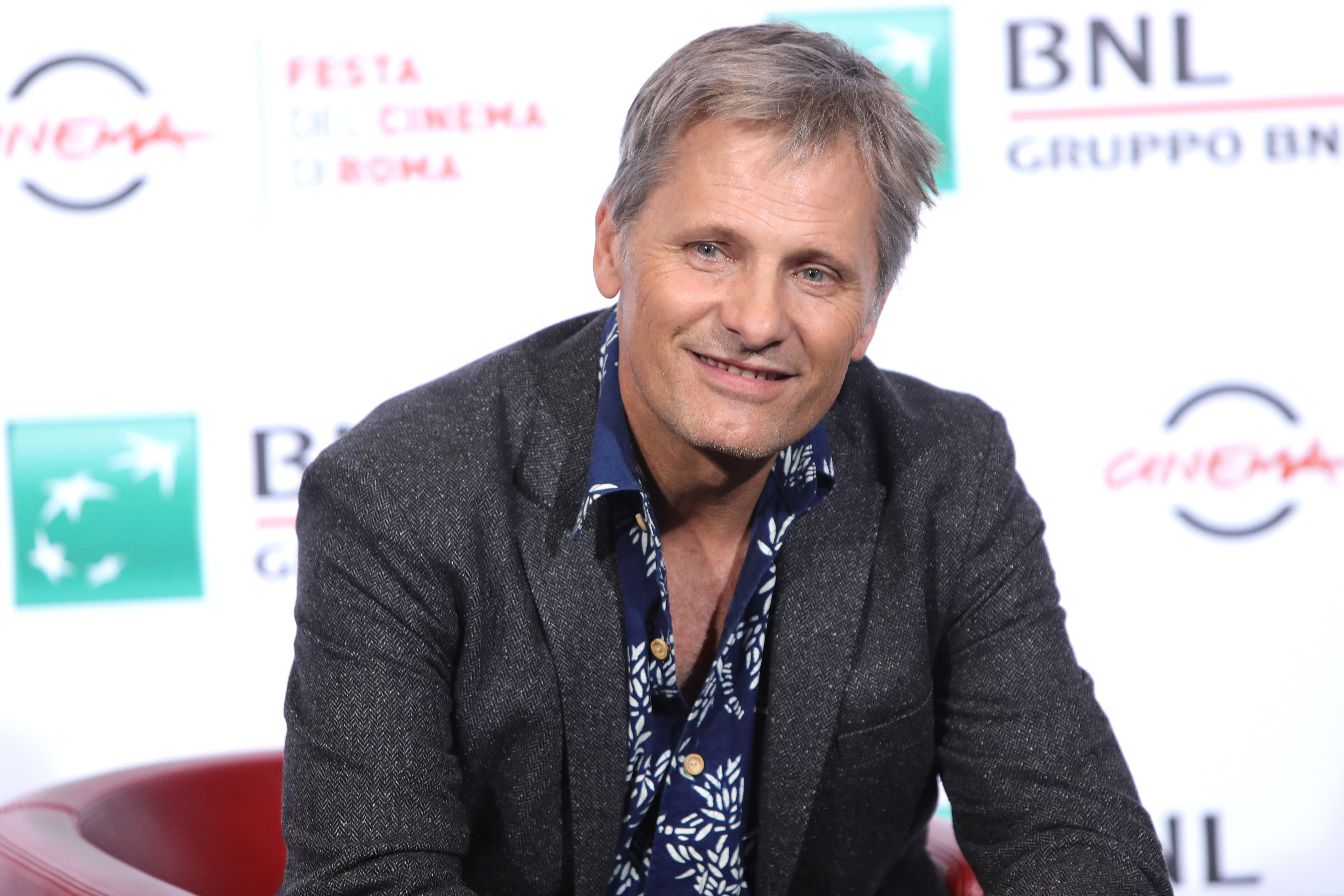 by Ariston Anderson
in Filmmaking
on Nov 2, 2016

In his latest film, Captain Fantastic, Viggo Mortensen plays Ben, a man intent on raising his children on his own terms in the wild forests of the Pacific Northwest. When he learns of his wife’s sudden death, he must uproot his family from the life they are accustomed to and try to find their own path back in civilization.

The film had an incredibly successful festival run after its Sundance premiere, picking up top awards in Cannes, Deauville and Karlovy Vary. And recently, the film picked up the Audience Award at the Rome Film Fest, where Mortensen and director Matt Ross presented the Italian premiere of the movie.

In Rome, Mortensen met with fans, gave a masterclass on acting to young filmgoers, and took part in one of the fest’s “Close Encounter” talks. He even announced to press his plans to direct his first feature film next year.

During the talk, the film lover in Mortensen came out. He was relaxed and talkative, discussing some of his favorite roles from the Man in The Road to his many collaborations with David Cronenberg, including Nikolai in Eastern Promises, focusing on the lessons he hopes to take into his directing career.

Filmmaker Magazine compiled the top lessons from his talk which include the importance of preparation, and why going outside your comfort zone can be very rewarding.

1. A good director does the bulk of the job before the production starts.

If I was directing I would hope to do things more or less in that way. It depends on the story you are telling. Some stories demand a more intricate series of shots, some stories need more photographic technique and complicated conceptual ideas more than others. But basically let people do their job and delegate really.

2. Everyone is an artist.

I kind of — politely, of course — reject the notion that some people are artists and some people are not. I know that children up until a certain age, they don’t make the distinction between artist and non-artist. All kids do theater — they don’t need a director, they don’t need take two, they just do it. They believe it completely. They all make drawings, they all sing, they don’t worry if they sing well or not, there’s not a judgment of themselves or of others, especially of themselves. And then kids grow up and learn to make judgments. And as adults, there are people whose jobs are to make judgments every day about art, which I think is a complicated math.

I’ve been offered to be on juries at festivals several times, some very good juries, good festivals, and I’ve always politely declined. I understand the value of a festival, as a platform so that people can see movies that are difficult to get seen otherwise, independent movies like Captain Fantastic and other movies. But to judge art, I have difficulty with that. So maybe it’s cowardly of me, but I’m not comfortable with it.

3. The secret to creating art is being present.

Everybody is an artist in the way they watch a movie, the way they walk down the street, the way they have a conversation with a stranger. It’s not that you always have to be polite, but you have to be present. If you are present and you pay attention and then you walk away, someone can say to you, “What did you guys talk about or what kind of trees did you walk by?” You’ll remember. If you aren’t paying attention, you won’t remember. Art is about remembering and interpreting. You don’t have to have a product to say “I’m an artist, a good or bad artist.”

4. Preparing for a role begins well before the story started.

It’s probably a good thing you usually only have one month, maybe six months. But this simple question allows you to arrive — at least allows me to arrive — on the set after having done whatever felt appropriate to answer this simple question, ready to listen, prepared to be this person embracing that person’s point of view unconditionally, and reacting to what other people bring to the table.

5. Trust the camera to do its job.

Trust that the camera feels and sees absolutely everything. The problem with trusting that as an actor is there are very few David Cronenbergs in this world. There are very few directors who actually themselves trust that the camera sees and feels everything. And what I mean by that is that they don’t see what you are doing. They aren’t what they have to become, which is the camera. They don’t observe the details, especially the non-verbal, the subtle reactions you can have with a character. And in the editing room they get nervous if there’s too much silence, or something goes on too long, or it’s maybe not clear enough.

But if you are in [Cronenberg’s] hands, it’s a pleasure because you know that you are safe in this regard, that you can feel the most subtle thing and if it’s going to help the story he’s going to use it, that your performance isn’t going to end. Then you can just do the business without trying to exaggerate. You don’t have to do a piece of business three times, all you have to do is one and it’s there. I think that’s the most important thing.

6. Making movies is not one man’s vision.

In terms of telling a story, ideally, a great movie or a very good movie only happens if it depends on the degree of compromise that everyone makes as a collective. It’s a team sport, really, and with [Cronenberg’s] movies it definitely feels that way. Everybody’s opinion is valid, everybody is on the same page, anybody can make a suggestion, but he has no problem saying “That’s a stupid idea, but thank you, come back with a better one.” It doesn’t matter if it’s the crew or me — you know, it’s the right way to work.

7. Preparation is the same for a big job or a small job.

[On playing Lalin in Carlito’s Way] Even though it’s one scene — it’s not just in the viewing that there are no small parts, but there are no small roles in terms of preparation, either. I ended up spending a long time in East Harlem where there are a lot of Puerto Ricans, and listening day and night to the music. I found a wheelchair that was from 1974, which is the one you see. I left Manhattan with a big collection of salsa music from the early ‘70s, and I think I bought the entire catalog of Fania, a record company. I went back to Los Angeles and I made dinner in the wheelchair, wheeling around. By the time I got there I was completely ready and I had a lot of fun. It might as well been a whole movie, because each character is the whole movie for the person playing the character.

If you are playing cards he has a losing hand, and he knows it. But he’s still trying to do whatever he can — he’s desperate, you know. That’s a good obstacle to have as an actor: how do you get desperation across without exaggerating? It has to feel just right.

I have to say Al Pacino was a total gentleman, lots of fun to work with. He had some rules, I think it was 5 p.m., probably 6 p.m., that was the end of his workday. It was in his contract, you know. He was very polite.

I remember we were shooting a scene we should have been able to do in one day, but maybe we shot something else in the morning, and it’s not a long scene but we were shooting…and then we didn’t have it all quite finished. I think we had to do my shot, and then Pacino goes, “OK, thank you ladies and gentleman, it’s been a wonderful day and I look forward to seeing you tomorrow. It’s cocktail time.”

So I was in the wheelchair and he went and said, “OK so we’ll pick up tomorrow, amigo.” So I was worried all night, because it felt like a lot of pressure then to worry all night about the scene. But it worked out fine.

9. You’re not your only audience.

[My son] was 11. I received a phone call. They asked if I would be ready to leave very soon to New Zealand to replace an actor. They had been rehearsing for months, shooting for a couple weeks. I hadn’t read the book. I didn’t think I’d be well prepared.

I was looking at my son. I thought, “I’m not prepared, at a disadvantage, you should get someone who is better prepared.” I hung up and he said “What’s that you are talking about? Is that Lord of the Rings? Are they making a movie of Lord of the Rings?” He did know the book and once he realized what it was he said, “You’re crazy. You have to do that.”

I explained why I didn’t think it was a good idea professionally for me. But then I thought about it, I thought about what he said, and maybe I would have come to the decision that it was an interesting challenge anyway, but maybe not. The fact that it was a movie that he was excited to see, because I’ve been in a lot of movies that he at his age…this is one that he could see. I could go to the movie theater with him and he could watch. So it was a convincing argument.

10. The fear of embarrassment is holding you back.

[On acting with CGI in Lord of the Rings] A lot of what an actor has to do is to, the way the children do it, is to not think about being ashamed of making believe with other people. At least for me, getting over embarrassment is … I’ve gotten better at it, much better at it, but at times, there are moments, all these green people and transparent people and this place, nothing was there.

So Orlando Bloom and John Rhys-Davis and I are doing all these movements to nothing, nothing at all. Some guy is standing over there reading the lines of the King of the Dead, but he’s sitting comfortably in his chair and he’s got a script, and I’m standing in costume with a sword. And then I would stop sometimes to say to the producer to ask him “Where is the other guy?” He’s there, he’s there, some green tennis ball with a stick. But now you aren’t looking at the King of the Dead. “He’s over there.” “OK, sorry, let’s do it again.” You feel like an idiot. But you have to forget it. If you feel like an idiot it’s only your fault, because you have to believe they are there of course, and the only way you are going to make other people believe they are there is if you believe it yourself.