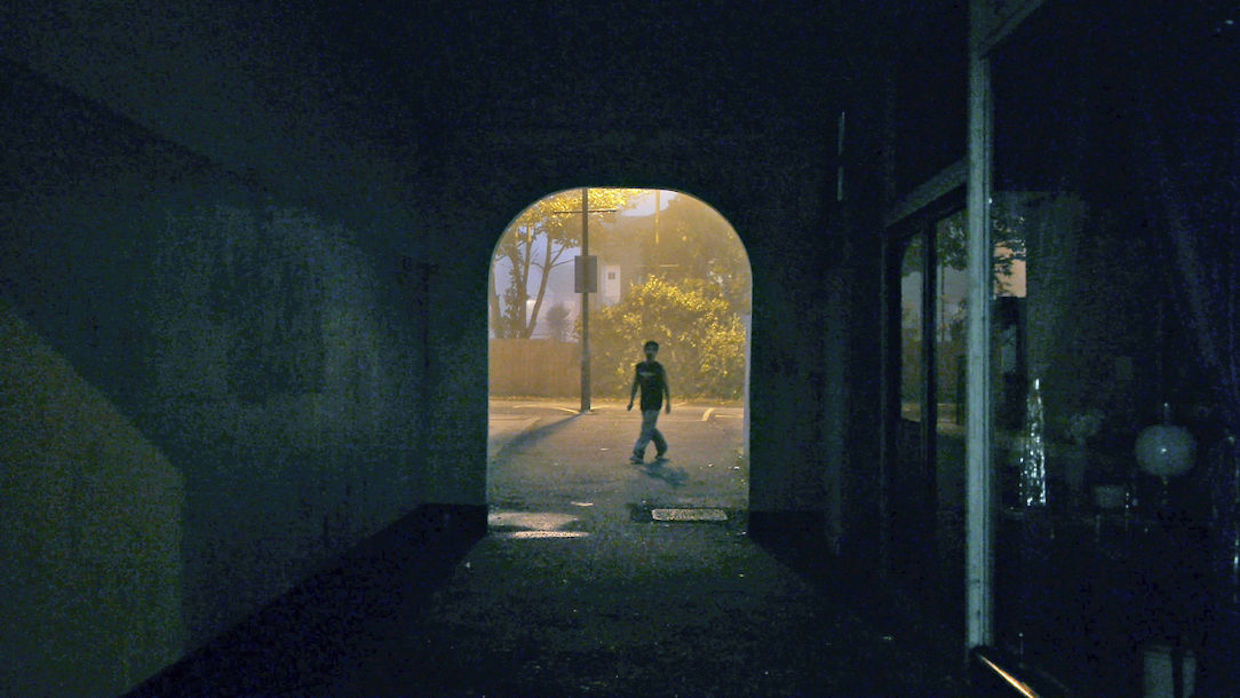 World Without End (No Reported Incidents)

On the heels of yesterday’s announcement of the competition and NEXT slates, today Sundance has unveiled its New Frontier slate. Now in its 10th year, the section is devoted primarily to AR, VR and a variety of installations. Highlights from this announcement include new films from Travis Wilkerson and Jem Cohen, a performance by Terence Nash, plus the latest from VR veteran Nonny de la Peña and a new VR project from Rose Troche.

18 Black Girls / Boys Ages 1-18 Who Have Arrived at the Singularity and Are Thus Spiritual Machines: $X in an Edition of $97 Quadrillion / U.S.A. (Director and writer: Terence Nance) — In this pair of performances, the artist Googles the phrase “one-year-old black boy” and “one-year-old black girl,” ascending in age to 18, allowing Google’s “popular searches” algorithm to populate what words will follow.

Did You Wonder Who Fired the Gun? / U.S.A. (Director: Travis Wilkerson) — This documentary murder mystery about the artist’s own family is a Southern Gothic torn apart and reassembled. Journeying straight into the black heart of a family and country, this multimedia performance explores a forgotten killing by the artist’s great-grandfather—a white Southern racist—of a black man in lower Alabama.

A selection of single-channel works by the collective A Normal Working Day / Switzerland — A Normal Working Day is an artist collective consisting of the installation artist Zimoun and the choreographers and dancers Delgado Fuchs (Marco Delgado, Nadine Fuchs). Formed from the bodies of the two performers, these splendidly hypnotic projections are visual rabbit holes that shimmer with a presence that is larger than the sum of their parts.

Full Turn / Switzerland (Artist: Benjamin Muzzin) — This installation explores the notion of the third dimension with the desire to get out of the usual frame of a flat screen. The rotation of two tablets creates a three-dimensional, animated sequence that can be seen at 360 degrees, unlike any other type of display.

Heroes / U.S.A. (Artist: Melissa Painter, Key Collaborators: Tim Dillon, Thomas Wester, Jason Schugardt, Laura Gorenstein Miller) — The setting: An extravagant movie palace where silent films were shown. One dance—fiercely athletic and romantic—invites you inside. The story comes off the screen, putting you into your body and challenging you to move, navigate heroic shifts in perspective and scale and reach out to touch the experience. Cast: Helios Dance Theater, Stephanie Maxim, Chris Stanley, Melissa Sandvig.

Journey to the Center of the Natural Machine / U.S.A. (Artist: Daniella Segal) — From stone axe to super-computer, our brain’s evolution has been guided by our tools, evolving it into the most complicated object in the known universe. Explore a holographic brain with a friend on the Meta 2 Augmented Reality Headset, and rebuild your relationship to the Natural Machine.

ASTEROIDS! / U.S.A. (Artist: Eric Darnell) — From the director of Madagascar comes Baobab’s VR animation. Journey the cosmos aboard the spaceship of Mac and Cheez, an alien duo so mission-focused they forget what’s important in life. It’s up to you to show them what really matters. Cast: Eric Darnell.

Chocolate / U.S.A. (Artist: Tyler Hurd) — This VR music video experience for the song “Chocolate” by Giraffage sets you in a cat-centric world of sparkling, colorful chrome with a tribe of people doing a ritualistic dance just for you, their robot god, to provide them with their precious resource, cute lil’ chrome kitties.

Dear Angelica / U.S.A. (Artist: Saschka Unseld, Key Collaborators: Angela Petrella, Wesley Allsbrook, Maxwell Planck, Ryan Thomas) — This project is a journey through the magical and dreamlike ways we remember lost ones and, even though they are gone, what remains of the ones we loved. Cast: Geena Davis, Mae Whitman.

Hue / U.S.A. (Artist: Nicole McDonald, Key Collaborators: KC Austin) — This is an immersive and visually driven interactive film about a man who has lost the ability to see color. Participants reawaken the protagonist’s sense of wonder and imagination through empathetic action as color and connection return to his world view. Cast: David Stratham, Benedikt Negro.

Melting Ice / U.S.A. (Artist: Danfung Dennis) — We take viewers on a transcendent exploration into the devastating consequences of climate change on Greenland’s ice sheet. Stand under collapsing glaciers, next to raging rivers of ice melt and witness rising sea levels—all visceral warnings of our planet’s future. THE NEW CLIMATE

Mindshow / U.S.A. (Artists: Gil Baron, Jonnie Ross, Adam Levin, Key Collaborators: Jonnie Ross, Gil Baron) — Make VR cartoons with your body and voice. Teleport into different characters and act out all the parts. Create with your friends by passing scenes back and forth, then share your shows in VR and on social media. Cast: Dana Gould.

Out of Exile: Daniel’s Story / U.S.A. (Artist: Nonny de la Peña) — In August 2014, Daniel Ashley Pierce’s family verbally and physically accosted him before kicking him out of the house because they disapproved of his sexuality. Built directly around audio Daniel recorded from that encounter, this project includes thoughts of hope and triumph from Daniel and three other LGBTQ youth. Cast: Daniel Ashley Pierce, Kyle Wills, Julene Renee, Cyntia Domenzain, Angel VanStark, Phoebe VanCleefe.

The Sky is a Gap / U.S.A. (Artist: Rachel Rossin) — The viewer is allowed to precisely move time with space by the use of a positionally tracked headset. Existing in the physical and virtual realms, the installation depicts a pyroclastic explosion inspired by Zabriskie Point, where the scene’s progress is physically mapped to the participant’s forward and backward movement.

Tree / U.S.A. (Artists: Milica Zec, Winslow Porter, Key Collaborators: Aleksandar Protic, Jacob Kudsk Steensen) — This virtual experience transforms you into a rainforest tree. With your arms as the branches and body as the trunk, you experience the tree’s growth from a seedling to its fullest form and witness its fate firsthand. THE NEW CLIMATE

What If / U.S.A. (Artist: Rosemarie Troche, Key Collaborator: Bruce Allan) — A conflicted Christian man carries out a mass shooting. In his past: a same-sex hookup and self-loathing. What if events had unfolded differently? What if his partner had convinced him to face himself? Could that simple act change the course of history? Cast: Zachary Booth, Mitchell Winter.