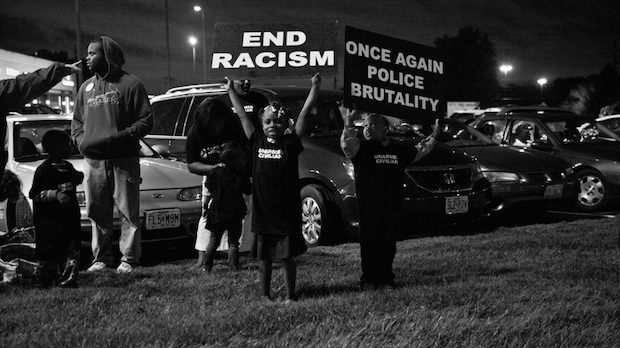 Perceptions and stereotypes about a certain demographic of people become barriers to character development. Meaning, after centuries of storytelling, people’s race, gender, age, orientation, whatever it might be, influences how we expect them to function in the story, and influences the depths to which we can relate to them on a human level. A major obstacle to telling unique stories is that people can’t see the uniqueness in each other. We reduce entire groups to monoliths instead of complex individuals capable of behavior beyond their archetype. The dilemma of coherent communication between audience and artist can come, the nuance and humanity is overlooked because of the expectations of a certain narrative about the characters, because they fall into a paradigm that implies certain stereotypes. So, I can’t tell you a story about people being imprisoned because they are Black, and the injustices behind that, if you consciously or subconsciously think Blacks are criminals, and criminals belong in prison. As filmmakers, by concentrating on details specific to a Black community, the Black community in St. Louis, by staying inside the world of the Black people in St. Louis, the cultural nuance and genuine reality provides a familiarity to Black community throughout the world.

We were very careful about using subtitles, something I was very much opposed to doing in our process when it came to the accents of people in our film. Some people said it was hard to understand our St. Louis accents for whatever reason. None of them were Black. So, I think it is important to listen closely, look at and see people. By having to truly focus in and listen the accents, you have to actually engage with and respect the cultural variations specific to Black people in St. Louis. I have never seen Scottish people or Irish people subtitled, though in my experience it has been hard for me to decipher what they are saying sometimes. But they are speaking English and we all have to figure it out. I think that is fine, it makes me respect their culture, and I think my culture deserves that same level of respect. And in those same nuances, the true humanity of these people shines through, and that is communicated to any empathic person watching. So we combat ignorance by not catering to it. We speak to our people and by doing so, we speak to all people.