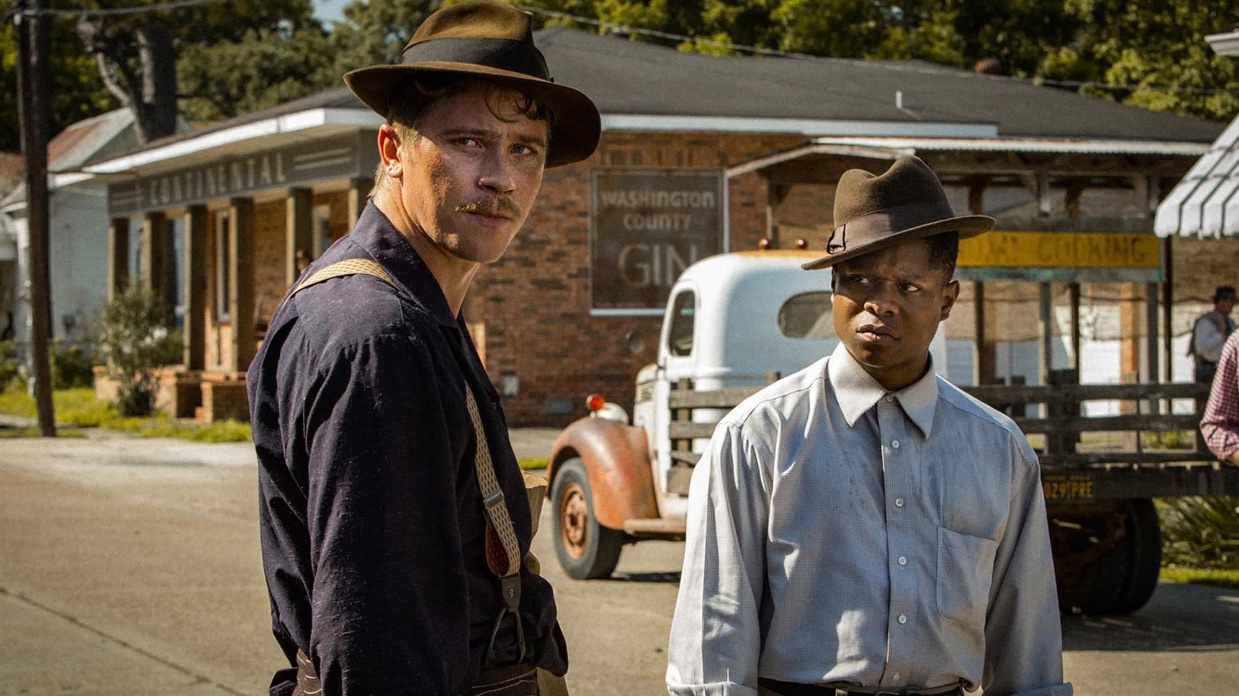 by Jane Schoenbrun
in Filmmaking, Sundance, Sundance Features
on Jan 26, 2017

I implore you to go into Dee Rees’ wonderful Mudbound with an open mind.

Here’s a warning to help you do so: this film is more narratively radical than you might imagine.

It starts quietly. It’s patient, a true slow burn. It’s well-aware of this fact, even proud of it.

At times you might perceive the film to be unfocused or fractured. You might be put off by some of the narrative techniques on display — for instance, the film’s heavy reliance on expositional voice-over. Or its overabundance of subplots (many of which remain unrelated to the central story). Or the fact that the film’s main conflict does not really reveal itself until over an hour into the film’s runtime.

You might find yourself frustrated by the way that certain characters who seem like protagonists early on in the film drift into the background by the middle. Or how many characters who you might expect to grow or change never really develop at all, and remain passive protagonists at best.

Do not to mistake these decisions and techniques as mistakes or flaws. Try to not be put off by them. Instead, try to appreciate their function. Rees is fully aware of the story she is trying to tell and the way she wants to tell it. These non-traditional, sometimes even radical narrative choices serve as building blocks. Rest assured that the film eventually does arrive at a more traditional climax. The third act is full of high drama, and that drama is rendered all the more resonant by the non-traditional groundwork laid early on.

Consider, for example, the film’s heavy reliance on  voice-over. In the first 20 minutes we meet roughly half a dozen protagonists in quick succession. They each get their own inner monologue and plainly inform the viewer about their deepest inner thoughts and desires. A screenwriting teacher might scream “empty exposition,” or critique the influx of characters that the film is asking us to keep track of and invest in so early on. But Rees’ goal here is less to introduce us to our cast and to set the plot of the film in motion, and more to establish ground rules about the type of narrative she wants to tell. In the reality of Mudbound, this technique asserts, there is not one protagonist or one point of view. Each character who appears in the film is the lead character, at least in his or her own mind. This is a fact crucial to the narrative that will eventually emerge.

Another bold decision: even though this is undoubtedly a film about race, you would not be able to glean this fact from a cold viewing of the first half hour. The film’s opening scenes masquerades as a romantic drama, spending most of their energy introducing us to a charismatic cast of handsome, tortured white people. As their relationships are introduced during one early scene set in a jazz club, it is as if we’re being set up to watch a completely different film than the one that follows. In this sequence we briefly glimpse an aging African American musician. He’s not afforded a line of dialogue. Like so many films made during the era in which Mudbound is set, this man is not given a name or a perspective or a substantial role, or really any kind of humanity. He is a prop.

But he is a grenade that Rees has hidden in plain sight. As the film’s focus and narrative slowly shifts, we realize that the real story that Rees is interested in exploring is specifically the one we were not watching in the opening act. The fact that this man was a background player, easily missed, becomes the point in and of itself.

As the film builds momentum, its complex relationship with narrative maintains. Witness what slowly emerges as the film’s core relationship — between Garrett Hedlund’s Jamie and Jason Mitchell’s Ronsel, two men from two different families (one white and one black) who develop an unlikely friendship and mutual respect after returning from WW2. Rees is well aware of the social minefield inherent in depicting such a relationship on screen, and their relationship remains burdened, a knowing deconstruction of the white savor myth. Jamie cannot save Ronsel. He is a good man (though he is not without his flaws), but he too is victim to a larger social dynamic that no amount of individual kindness could hope to overturn.

Rees laces the scenes in which Jamie and Ronsel form their bond with subtle, unspoken tension. The stench of violence lingers in the air, even as we feel reasonably confident that Jamie’s intentions are good. Without ever explicitly stating it, Rees makes the point that even in their warmest interactions, there will always be a toxic power dynamic between these two characters. No form of personal reconciliation or individual character growth will be able to truly overcome this.

A lot has been written over the past year about the wave of young African American filmmakers making vital, major work. Some have gone so far as to label this period a renaissance for black filmmakers. I would be wary of such celebration. Not because filmmakers like Barry Jenkins, Ava DuVernay, Ryan Coogler, and Dee Rees aren’t making transcendent work, but because our industry is still a deeply restrictive, classist, and racially discriminatory environment. Any filmmaker of color who manages to get work produced today — let alone authentic, personal, major work like Mudbound — is nothing less than a remarkable exception to the rule. With this film Rees cements her place on the list of African American filmmakers willing incredible and ambitious work into the world. But that list is still far too short.

Financiers, producers, agents, distributors, studios, all industry gatekeepers — take note. It is a moral imperative to foster diverse talent into the world, to ensure that filmmakers from all backgrounds and perspectives are given the opportunity to tell stories.

But it’s also in your best interest.

Because there is a trend in the past few years, and it is this: African American filmmakers like Rees, Coogler, Duvernay, and Jenkins started small, telling stories at microbudgets. Their shorts and first features were DIY. Their minuscule budgets bought them the freedom to keep their visions authentic. And from there, rather than trying to cash in too quickly and grow into studio middle management, these directors made sure to continue producing authentic, honest, and unflinching work. The success of Selma, of Moonlight, of Creed, and — come next Oscar season — of Mudbound proves that there is an audience hungry for honest work and honest stories from diverse filmmakers. It proves that when you allow filmmakers of color to work at larger budget levels but retain autonomy, you get the sort of work that has never been made before, that no one else could hope to make.

And in our troubled times, audiences are hungry to hear and understand a new, alternative narratives — about our country, about the troubled world we live in, about humanity. It is only through this kind of reckoning, Mudbound argues, that we can hope to truly understand our past and our present.