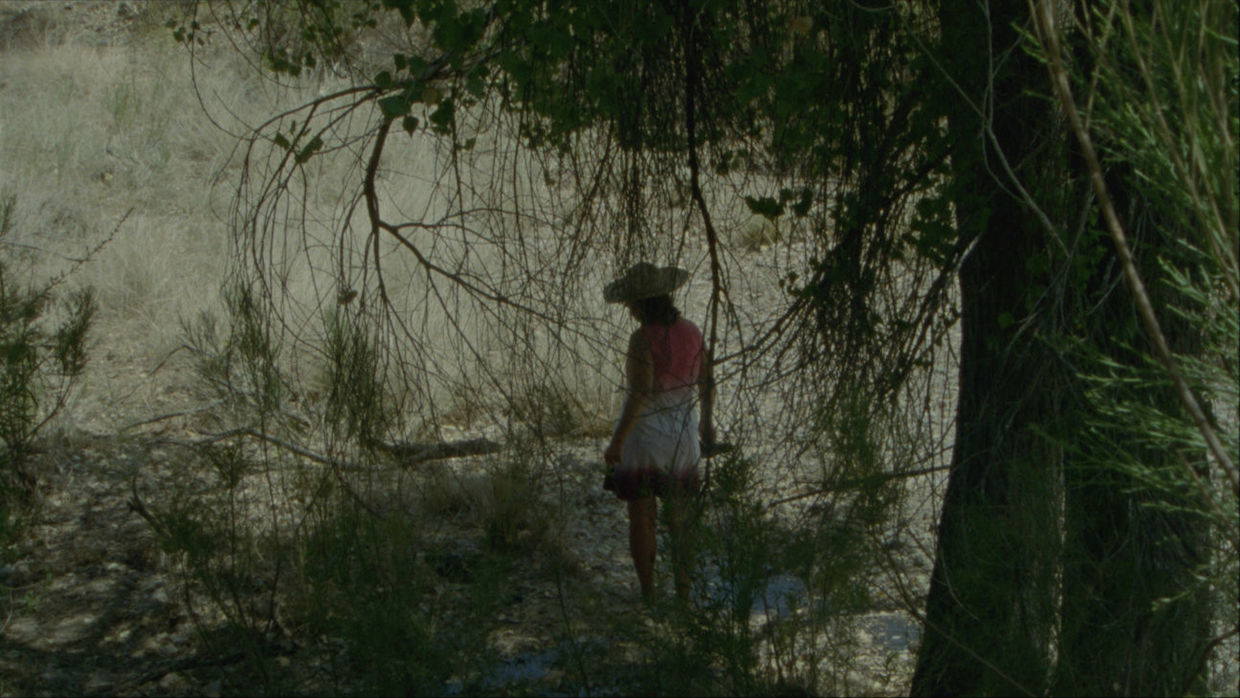 by Giovanni Marchini Camia
in Festivals & Events
on Feb 13, 2017

“Welcome to Midget City. Yes, we built it from the ground up. We have our own police.”

These are all spoken by Dion McGregor, a musician from New York described in the film’s opening titles as “the world’s most prolific sleep-talker.” Over a period of six years, McGregor’s flatmate recorded hundreds of his elaborate, vividly narrated dreams, and excerpts from the recordings play in voiceover throughout somniloquies, a new film co-produced by Harvard’s Sensory Ethnography Lab and screened in the Berlinale’s Forum sidebar.

The variously bonkers and consistently fascinating tales include a lengthy account of the history of Midget City, a city McGregor built as a sanctuary from discrimination, attracting a population of over 32,000 dwarfs in the 14 years since its founding; an anatomy lesson in which McGregor offers his own body for demonstration, instructing students on how to dissect and then sew him back up; and a rundown of some sort of sex organization’s weekly schedule: Monday is the day of the masturbation wagon, Tuesday the titwagon, Wednesday the watchwagon, and so on till the weekend (“Fuckwagon and watchwagon are the best. Suckwagon comes close.”).

While McGregor narrates his dreams in a multitude of voices and registers, sometimes even in a gibberish language with strikingly convincing syntax, a roaming, ethereal camera captures a succession of naked sleeping bodies that seem impossibly suspended in a completely dark space. Always slightly out of focus and gorgeously lit in an expressive chiaroscuro, their visible flesh radiates a warm glow while nipples, navels, genitals and facial features float gently past in extreme close-up, sometimes digitally distorted beyond recognition. The resulting image is alternately beautiful and grotesque, seductive and disorienting. Apart from McGregor’s sleep-talking, the soundtrack is filled with the heavy breathing and occasional snoring of the sleepers, as well as a deep, persistent drone, creating the impression that the bodies are hovering inside a womb-like space.

It makes for an extremely soothing and pleasurable experience, but beyond offering an illustration of people sleeping while dreams are being recounted, the correlation between image and narration isn’t apparent. It could very well be that the cinema is not the ideal venue for such viewing, as somniloquies doesn’t fulfill the structural expectations of a feature-length film (even a short one – somniloquies clocks in at 73 minutes). Given that there’s no narrative progression, nor an appreciable visual one, a viewer could walk in at any time and still get the point. Were it screened on a loop in a gallery, for instance, the space and seating could be designed to bolster the film’s experiential dimension, with much greater potential for sinking the viewer into the trance presumably intended by the filmmakers.

J.P. Sniadecki and Joshua Bonetta’s El mar la mar, also screened in Forum, bears very little resemblance to the immersive documentaries Sniadecki shot under the auspices of the S.E.L., though it does share their resolute eschewal of didacticism. El mar la mar opens with barely recognizable images of foliage rapidly flitting across the screen in an abstract jumble. As the camera slowly zooms out, the picture turns more distinct, revealing itself to be a continuous shot of a forest taken from the inside of a moving car. Then, parallel black vertical lines appear in rapid succession, intersecting the screen in a way that gives the impression of looking through a zoetrope. Eventually, these turn out to be metal railings that form a tall barrier running along the edge of the road and blocking access to the forest beyond.

This prelude, which lasts several minutes, is representative of the entire film’s approach to meaning. It takes at least another 10-15 minutes for El mar la mar’s subject to emerge. A fragmented series of stunning desert landscapes and shots of the flora and fauna is interspersed with stories narrated in voice-over, only gradually making it clear that the desert lies across the US-Mexico border (the closing credits indicate it’s the Sonoran Desert). Through its awe-inspiring 16mm imagery and first-person accounts from people on both sides of the border – including border patrol agents, humanitarian volunteers, and immigrants who ventured across the desert by foot (recurrent shots of discarded, weather-beaten items and pieces of clothing underline the extreme peril of the journey) – El mar la mar effects a powerful conflation of the mythical and the geopolitical, pressing the viewer to contemplate the harrowing reality of illegal immigration into the US from Mexico. It’s remarkable how much urgency Sniadecki and Bonetta are able to generate through such detachment, demonstrating that an avant-garde aesthetic has the potential of illuminating current affairs with much more force and lucidity than the wrenching tactics conventionally employed in documentaries.

The aspirations of those on the northern side of the border provide the central theme of Mike Ott’s California Dreams, which premiered in the Critics’ Week, an independent program of screenings that runs alongside the Berlinale. Similarly to this year’s Sundance hit Casting JonBenet (also included in the Berlinale’s Panorama sidebar), California Dreams is a non-fiction/fiction hybrid that uses audition tapes as a device to launch a meta-consideration of a particular and potentially problematic subgenre of films – in Casting JonBenet it’s re-enacted true crime dramas, whereas in California Dreams it’s fictions about the working class in backwater America (Ott has already authored a number of these himself).

Ott begins the film by highlighting how easy it is for cinema to exploit our prejudices. Over a black screen, we hear a woman crying as she talks about the tribulations in her life. A few seconds later, we see her: facing the camera while sitting on a plastic chair and clutching a water bottle, bulging veins crisscrossing her blotched forearms, the immediate impression is of someone participating in a rehab group session. Then she abruptly stops crying, smiles and asks the camera, “A little better?,” and we realize it’s actually an acting audition. Several similar auditions follow, showing non-professional actors re-enacting a scene from a film of their choosing, such as Forrest Gump, The Outsiders and Harold & Kumar Go to White Castle. By juxtaposing the scenes they picked with seemingly unscripted accounts of their real-life ambitions, California Dreams probes the extent to which these have been influenced by cinema.

This aspect is elaborated by having some of the actors appear in a fictional film within the film about an aspiring actor trying to scrape together the money for a plane ticket to Germany where a dream role supposedly awaits, offering a chance of escape from his dead-end life. Ott ably plays with ambiguity through all this layering, never making it fully clear how much of what we’re watching is invented and how much is directly drawn from his actors’ actual experiences. As most of the material directly addresses their low-ranking social status, it often feels very exploitative. In one particularly excruciating scene, a young character who hasn’t worked in eight years and is either borderline illiterate or severely dyslexic is shown making huge efforts compiling a pitiable CV, misspelling every other word while his mother swigs cocktail after cocktail in the background. Such display of inadequacy is extremely unsettling and through its alternately implicating and disorienting tactics, California Dreams doesn’t simply compel us to reflect on the socioeconomic forces responsible for such hardship, but also on the role film does, should and could play vis-à-vis these realities.