Kubrick Connections in One Million Years B.C. and Two for the Road; Plus Edge of Seventeen and the Pure Cinema Podcast: Jim Hemphill’s Home Viewing Recommendations 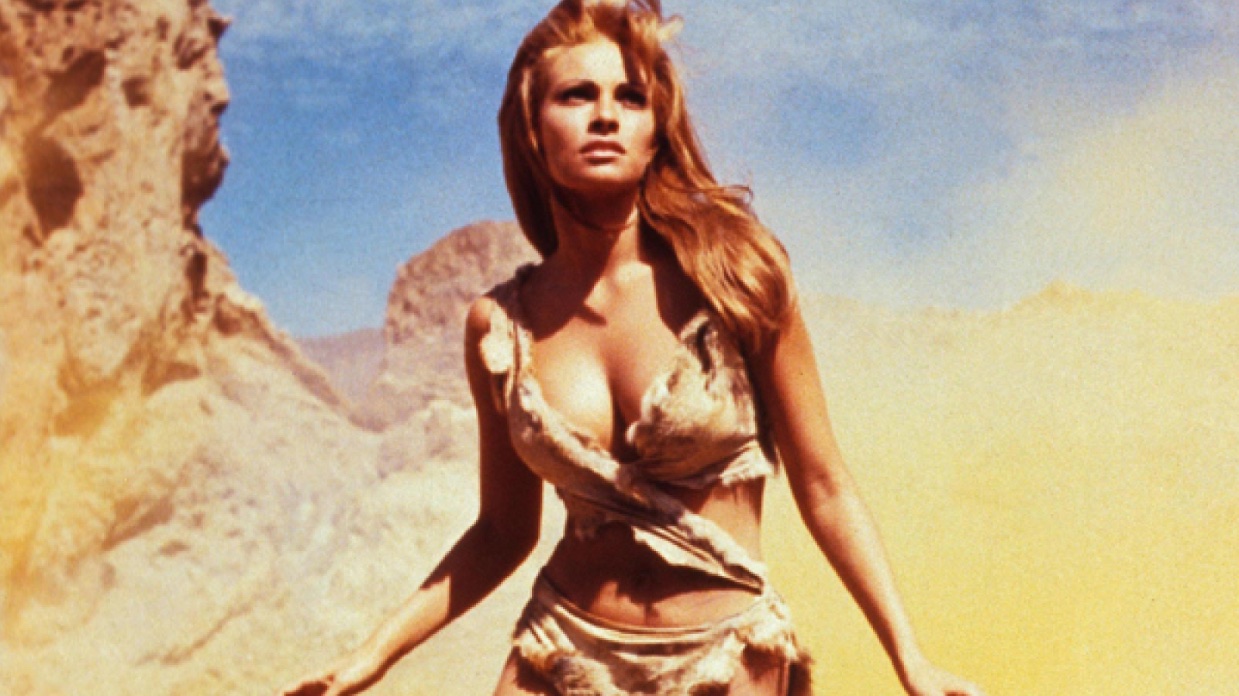 Don Chaffey’s One Million Years B.C. (1966) is probably best remembered for its iconic poster image of scantily clad cavewoman Raquel Welch, but revisiting it via Kino Lorber’s excellent new Blu-ray release reveals it to be a far more — and in some ways less — interesting film than that. Less in the sense that it doesn’t really deliver the sexy goods promised by the famous marketing, but more for film buffs who will delight in the movie’s multitude of connections to other, often wildly disparate, classics of the era. It’s a surprisingly experimental movie in some ways, telling its story of prehistoric man with virtually no dialogue (what dialogue does exist consists of mostly grunts and made up words) and a reliance on a deliberately paced series of impressionistic images that had a clear influence on Stanley Kubrick’s 2001: A Space Odyssey. (Other Kubrick connections: A Clockwork Orange contains stock footage taken from One Million Years, and Spartacus shares the same narrator.) Kubrick’s movie is far more visionary and layered than Chaffey’s, but that doesn’t diminish the later film’s debt, especially given that One Million Years prologue creator Les Bowie went to work on the special effects for 2001. Kubrick’s sci-fi landmark is just one of dozens of films that either echoes or seems to have influenced One Million Years, which also contains images straight out of Mario Bava horror films and sword and sandals epics, spaghetti Westerns, and the biblical spectacles of Cecil B. De Mille and William Wyler. It’s a fascinating bouillabaisse of traditions and tones, yet somehow Chaffey, who is reunited here with his Jason and the Argonauts stop-motion effects master Ray Harryhausen, pulls it all together in a streamlined, cohesive fable. There are plenty of insights into his process along with an abundance of production stories and biographical details on the Blu-ray’s exemplary commentary track by film historian Tim Lucas, who seems to know everything there is to know about every person who spent more than five minutes on the set.

There’s a Kubrick connection to another highly recommended new Blu-ray release, Twilight Time’s limited edition of Stanley Donen’s Two for the Road (1966). It was scripted by Frederic Raphael, and it was surely this particular credit that inspired Kubrick to hire Raphael to write the screenplay for Eyes Wide Shut. Like Eyes, Two for the Road is an exceptionally honest and complex portrait of a marriage — though, ironically given Kubrick’s (to my mind erroneous) reputation as a misanthrope, Two for the Road is a far bleaker examination of the institution. Audrey Hepburn and Albert Finney are terrific as the married couple at the film’s center, who Donen and Raphael follow through an intricate flashback and flash-forward structure that collapses time in a manner more characteristic of Alain Resnais than what one would have expected from Donen (or any other Hollywood studio filmmaker, for that matter) at the time. The storytelling is extremely complicated yet totally clear, as Donen and Raphael find a wealth of visual, aural, and structural connections to link the various times, places, and emotions; the result is an intimate epic that encompasses the joys and betrayals of a lifelong relationship with humor, empathy, and a scathing sense of the psychological brutality men and women can inflict on one another. The film’s opening exchange, as Finney and Hepburn drive by a wedding ceremony, is: “They don’t look very happy.”/“Why should they? They just got married,” and the final two words of the movie are “bitch” and “bastard.” Dark stuff, yet the love story in between is at times deliriously romantic, and the moments of beauty and grace are all the more effective due to Raphael and Donen’s refusal to soften the harsh edges of the characters, particularly the self-absorbed Finney. The movie has aged well (aside from Donen’s slightly hyperactive use of the zoom lens, an affliction common to films of the period), and looks incredible on Twilight Time’s new transfer, a vast improvement over previous home video releases.

I’d like to wrap the column up with the Blu-ray and streaming release of a newer film, as well as a “home audio” recommendation to go along with my home video endorsements. Writer-director Kelly Fremon Craig’s The Edge of Seventeen was one of the finest debuts of 2016 (Craig was rightfully nominated for a DGA award for her work as a first-time director), a flawlessly calibrated comedy-drama that ranks alongside Rebel Without a Cause, Valley Girl, The Breakfast Club, and Pump Up the Volume as a seminal film about coming of age. The presence of James L. Brooks as a producer calls to mind another teen classic, Cameron Crowe’s Say Anything, and like that film The Edge of Seventeen is simultaneously highly specific and totally universal; its protagonist, the outwardly snarky and cynical but secretly sensitive Nadine Franklin (an excellent Hailee Steinfeld), is as unique a creation as any character I witnessed onscreen last year, but there’s nothing forced or phony about her eccentricities. She and everyone else in the film (particularly Woody Harrelson, who should have gotten an Oscar nomination for his delicate supporting work as a weary but caring teacher) reveal new depths in every passing scene, as Craig exhibits an unerring instinct for how and when to convey the inner lives of her characters. The comedic moments in the film are laugh out loud hilarious and the dramatic ones surprisingly potent in their impact, because it all stems from a razor-sharp observational eye and ear worthy of comparison with the best of Ozu and Cassavetes. It’s a remarkable film, one all the more impressive for its unassuming style — Craig doesn’t strain for her effects, and her confidence in her own material and her actors is refreshing. It’s the kind of thing that might be celebrated on the new Pure Cinema podcast, which is my home audio recommendation for the week. Available on iTunes, Pure Cinema is the creation of Brian Saur (from the blog “Rupert Pupkin Speaks”) and Elric Kane (co-host of the Shock Waves podcast), two cinephiles whose encyclopedic knowledge is matched only by their inexhaustible passion for films of all styles and genres. Their podcast is an infectiously enthusiastic celebration of all things cinema filled with great recommendations, commentary on the history and state of the art, and much needed advice on what’s streaming and where. Give it a listen.