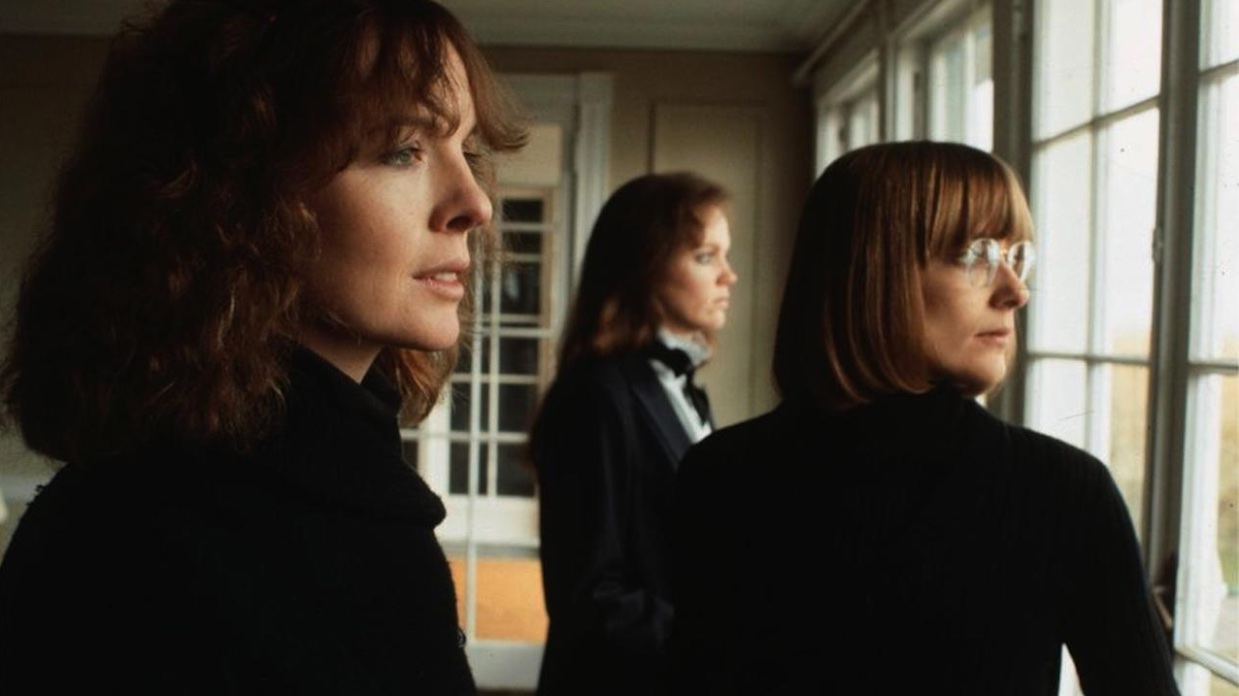 Sydney Pollack’s The Yakuza (1975) is an idiosyncratic but fascinating blend of incongruous tones made all the stranger by the difference in sensibilities among the men behind the camera. The film started as a script by brothers Paul and Leonard Schrader, who sold it for a boatload of cash thanks to the high-concept premise: an ex-soldier from the U.S. travels to Japan and infiltrates the underworld in a mash-up of the American action flick and the Asian martial arts film. Once Pollack came on board to direct the movie became something less commercial but, in its way, more compelling; uncomfortable with the piece’s violence, Pollack hired Robert Towne to rewrite the script and steer it more toward the kind of thing Pollack mastered in movies like The Way We Were and Three Days of the Condor, the crowd-pleasing Robert Redford vehicles between which The Yakuza was sandwiched. Towne and Pollack’s contributions added a melancholy meditation on lost love and lives not lived to the Schrader brothers’ gory tale of, as Paul put it, “blood, duty, and obligation,” but the two sensibilities aren’t integrated as much as they slam up against each other; the movie alternates between languid, weary scenes of contemplation and kinetic bursts of expertly choreographed violence. While critics and audiences of the time didn’t really take to it, viewed today the juxtaposition is surprisingly fruitful: the action is more shocking thanks to the leisurely drama that surrounds it, and the stories of love and friendship are given urgency and intensity by the high stakes provided by the violence. The film is also a visual stunner thanks to the cinematography by Okozaki Kozo (with an assist from Pollack stalwart Duke Callaghan in the film’s brief American section), which explodes with vivid color on the new Blu-ray available from Warner Archive. The disc looks and sounds incredible and has a nice bonus in the form of an engaging commentary track by Pollack.

The same year that The Yakuza was released, Paramount distributed the enjoyably nasty revenge thriller Framed, a swan song for filmmaker Phil Karlson. Karlson developed a reputation in the 1950s as a director of ultra-realistic crime films; among his essential works are Kansas City Confidential (1952), 99 River Street (1953), and The Phoenix City Story (1955). These movies and others depict an America in which corruption and bigotry are woven into the fabric of society, with little or no hope of redemption — only of violent retribution. To keep working, Karlson moved into lighter fare like Elvis Presley and Dean Martin vehicles in the 1960s, but he hit it big on his old turf in 1973 when he directed Joe Don Baker as a crusading cop in a dirty town in Walking Tall. The surprise success of that film spawned Framed, which reunited Karlson, Baker, and Walking Tall producers Joel and Mort Briskin. (Mort also penned the screenplay for both films.) Baker plays a gambler who stumbles upon a crime related to some powerful men in his town; they set him up to take the fall for a murder he didn’t commit, and when he gets out of jail he sets out to figure out who framed him and make them pay. Karlson’s adroit use of Tennessee locations combine with his genuine sense of moral outrage to generate a forceful, gritty — and very entertaining — action movie that’s also more complex and ambiguous than the rabble-rousing Walking Tall. It’s a fascinating example of a veteran director adapting to the times, using formulas that have served him well in the past to new ends and with renewed energy. Sadly, Karlson never made another movie, but like his hero he went out swinging. Framed is now available for rediscovery on Blu-ray from Kino Lorber, complete with a fine scholarly commentary track by Karlson enthusiasts Howard S. Berger and Nathaniel Thompson.

Another noteworthy ’70s film new to Blu-ray is Woody Allen’s Interiors (1978), now available as a limited edition from Twilight Time. Emboldened by the commercial and critical success of Annie Hall in 1977, Allen decided to try his hand at drama with this riff on Ingmar Bergman and Eugene O’Neill that not only invites but earns comparison with the best work of those two masters. Exquisitely photographed by Gordon Willis, production designed by Mel Bourne, and costumed by Joel Schumacher a few years shy of becoming a director himself, the movie is a clinic in how to use visual design to convey theme and character; every color, prop, and composition beautifully illustrates and deepens the core conflicts between intellect and emotion and repression and liberation that Allen explores in his story of a family coming apart after the patriarch leaves his controlling wife. Like the mother whose perfectionism and obsession with control nearly destroy anyone close to her who is unwilling or unable to flee, Allen constructs his frames with elegant precision – yet contrary to its reputation, the film is anything but chilly thanks to the vibrant performances and witty dialogue the director places in his hermetically sealed milieus. (Speaking of its reputation, Woody’s first foray into drama was hardly the disaster he has often implied that it was — it was a modest commercial success, got decent reviews, and collected an abundance of awards and nominations, including Oscar nominations for both the script and Allen’s direction.) In a rich ensemble, Mary Beth Hurt stands out as Joey, the most aimless of the three sisters at the movie’s center and the most anguished. Hurt pulls off something extraordinary here, clearly expressing the emotional state of a woman whose primary problem is that she can’t express herself. Joey is one of Allen’s most original and complex creations, and Hurt plays her with shattering fragility in her feature film debut.

She’s just as good — in a role that requires her to perform in a completely different emotional register — in another film from the era newly released by Twilight Time, Joan Micklin Silver’s 1979 gem Chilly Scenes of Winter. Hurt plays Laura, the married coworker of a lovelorn office drone (John Heard) who falls for her and becomes determined to win her back after she succumbs to his advances during a temporary separation from her husband (Mark Metcalf). As effervescent and sexy here as she was exhausted and broken in Interiors, Hurt nevertheless also manages to play the subtle disappointments of a child of the 1960s whose life hasn’t worked out quite the way she thought it would — an affliction common to all of the characters in the film. Adapting Ann Beattie’s novel, writer-director Silver crafts an almost painfully bittersweet — and very, very funny — portrait of the passion and tedium of daily life that skillfully combines romance and savagery in its depiction of male romantic obsession. (Heard is mostly charming but occasionally disturbingly scary as Hurt’s pursuer.) The movie almost vanished into obscurity when it was released in 1979 under a different title (the comically generic Head Over Heels) with an upbeat ending that didn’t quite feel right; it bombed, but Silver convinced United Artists to restore the original finale and title and re-release the picture in 1982, when it finally went into the black. Its timely and timeless depiction of lopsided romance has only gotten better with age, and Twilight Time’s high-def transfer marks a significant improvement over previous home video incarnations — it’s the best I’ve ever seen this beautiful film look.