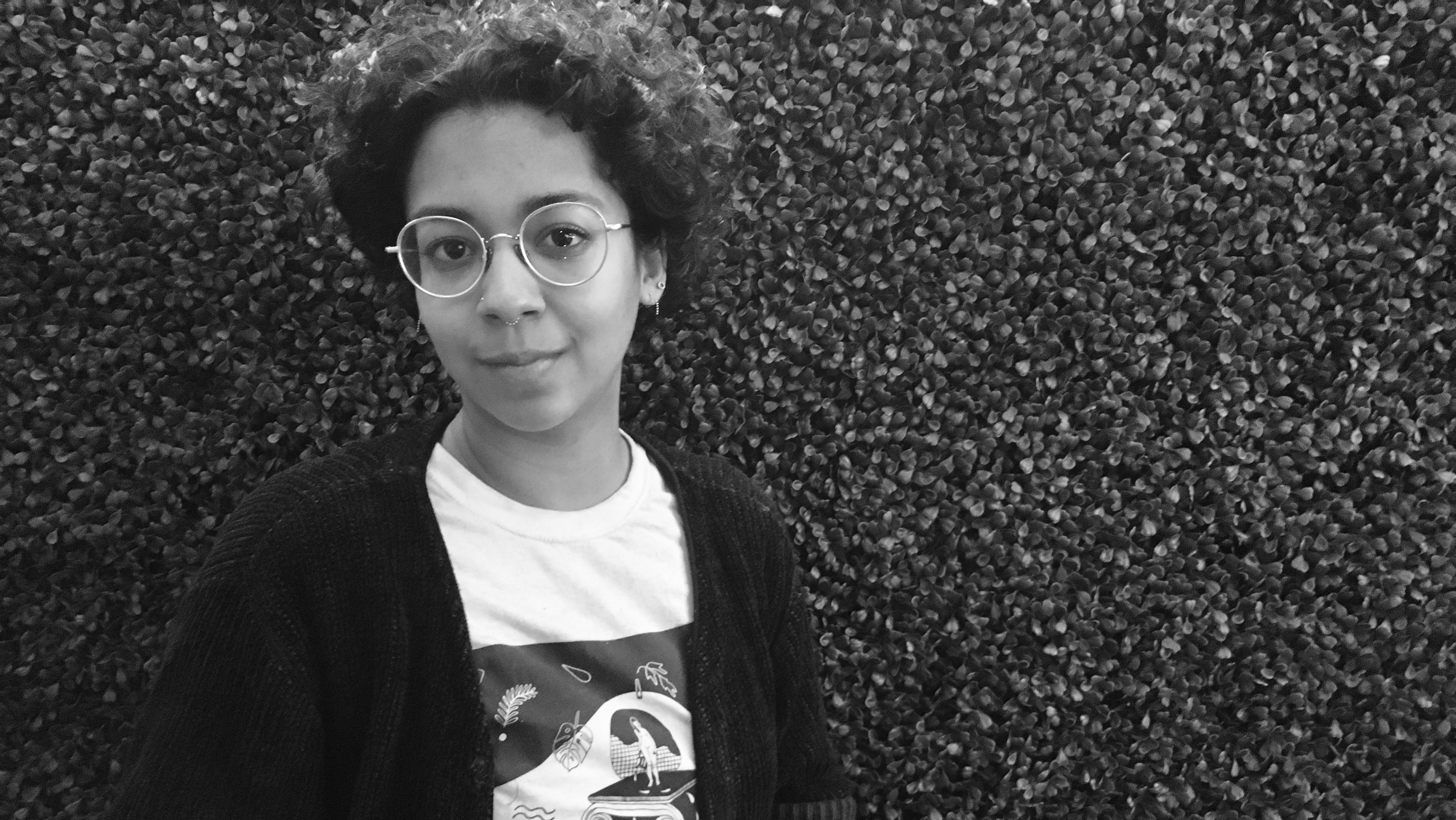 When she was growing up in Virginia Beach, Gabriella Moses was often confused for her best friend. Brown-skinned with glasses, both girls stuck out at their predominately white Catholic school, but Moses didn’t think she looked anything like her Filipina friend. When she distinguished herself as half-Guyanese, her peers hadn’t heard of the small South American country. She didn’t quite fit in at hair salons with her Dominican mom either since she didn’t speak the language. These days in New York, she’s sometimes greeted in Spanish. Others guess she’s African American. Some say bi-racial. “People want so hard to classify,” she says. But the language of identity is messy and imperfect. “It’s semantics at a certain point.”

Even though she feels estranged from her Dominican and Guyanese cultures, Moses says she’s Afro-Latina, Guyanese with Indian and Portuguese roots. “A potluck of racial identity,” she says, “a series of hyphens.” When she visited the Dominican Republic for the first time this past year, she was identified as American and called a “gringa.” In the States, though, she’s also an outsider — and, sometimes, grossly mislabeled, like when she talks about her dad from Guyana and is mistaken as African from Ghana. Moses isn’t insulted in such instances, she says. People make honest mistakes. And from her years working in film, Moses has learned to be particularly, often exceptionally, forgiving. Even around the egomaniacs, she says, the last thing she’d compromise is a sense of graciousness: “I tend to be the type of person who would never burn a bridge.”

Under a café’s pink awning in SoHo, Moses sits cramped at a table strewn with papers and notebooks next to a long line of customers thirsty for matcha. It’s February, six months after her first feature film, Leche, made rounds through the Sundance 2016 Creative Producing Lab. Moses is fine-tuning the script — deep in her writer’s hole, she calls it. She retreats only to work on grants and financing with her producers, Marttise Hill and Julius Pryor IV, the pair behind Cronies and Tahir Jetter’s How to Tell You’re a Douchebag, which Moses production designed.

She went to film school at NYU with the intention to write and direct, but earned a reputation for production design instead. Moses has an eye for sourcing and styling and a taste that’s inspired by her favorite film, Amelié. After graduation, she was an assistant and intern, juggled freelance jobs on set doing costume, makeup, art, and production design, and worked in the digital department at IFC. She was doing nearly everything in the business except what she wanted — to write and direct.

But by the time she met Hill and Pryor IV at Sundance in 2016, she had completed two short films, ‪Las Mañanitas and Sticky Fingers, and had recently made a third about a young Dominican-American girl with albinism called Leche. Excited by the feature-length version of this story, the producers and Moses teamed up. What Moses also distinctly remembers about Sundance 2016, besides the beginnings of a future collaboration, is a question one woman posed at a Latino panel: “Why are there only men and non-Afro Latinos represented on the panel?” Moses looks up at me in the crowded café and sighs. She reaches for her frothy green beverage and sips.

What sparked her movie idea about a girl with albinism was an article Moses had read about a boy who killed an albino deer. The story got Moses thinking about colorism, about the prejudice that exists across groups of color and being ostracized in a community as a result of that prejudice. She didn’t grow up in a Latin country and experience living in a place with a historical caste system where skin-bleaching and color discrimination is so glaringly prevalent. But she did grow up watching J-Lo and Selma Hayek as the only onscreen representations of Dominican women. She did grow up knowing people looked at her own skin and hair and wondered. And when she began to imagine a bi-lingual protagonist with albinism “living in the in-between,” she knew she was drawing from personal experience.

But Moses is uneasy when she imagines sitting on a panel or speaking at a Q&A about Dominican culture or about colorism. “Who gave you the right?” is a question that storytellers today must be armed to answer. Even when coming from a place of educated and informed authority, filmmakers are challenged about the authenticity of their stories.

“Look,” Moses says, “no one can be the one voice for everything.” She mentions Aziz Ansari’s show Master of None. He aims to capture it all — people with disabilities, women of color, lesbians, first-generation immigrants, Indians. Because there’s little to no representation elsewhere, there’s pressure that one individual covers all the bases, Moses says. “And there’s always something to pick at when you’re the person who’s telling a story outside of your own.”

The end goal is a multitude of voices so that any one person doesn’t have to bear all the weight, so that many people are telling stories in which many people can relate. But in the absence of that ideal balance, we challenge what’s portrayed and who’s portraying it. More women in Hollywood today — leaders like Viola Davis, for example — are making a point to advocate on behalf of darker-skinned characters. Perhaps a lopsided diversity panel, like the Latino one at Sundance dominated by white-Latino men, has the impetus to fuel a conversation that inspires change.

“I think you’ll always get pushback,” Moses says. “But what’s pushback and what’s just conversation?” Despite the range of racial, sexual, gender, socio-economic, cultural and political identities and experiences, there’s a collective humanity that unites us all. No one is the singular expert on a topic or most authentic voice of a culture. Many different people are entitled to recall certain stories, identities and events. It’s the way we question and challenge those portrayals that moves us forward.

So when Moses completes her first feature film, she shouldn’t dread that first Q&A. Even though she’s grounded the context of Leche in her experience having grown up in the white suburbs of Virginia as a Guyanese-Dominican woman, audiences will inevitably dig for her qualifications or question her legitimacy. But when they do, Moses will do what she does best — let it roll off her shoulders, maintain her sense of graciousness, and not burn a bridge. “Because for every one of those people,” she says, “there’s someone who will come up to say thank you for telling this story, and that’s the reason I’m making this film.”