“Women Were Afraid to Speak Up — That’s What Made Recy Taylor So Important”: Director Nancy Buirski on The Rape of Recy Taylor 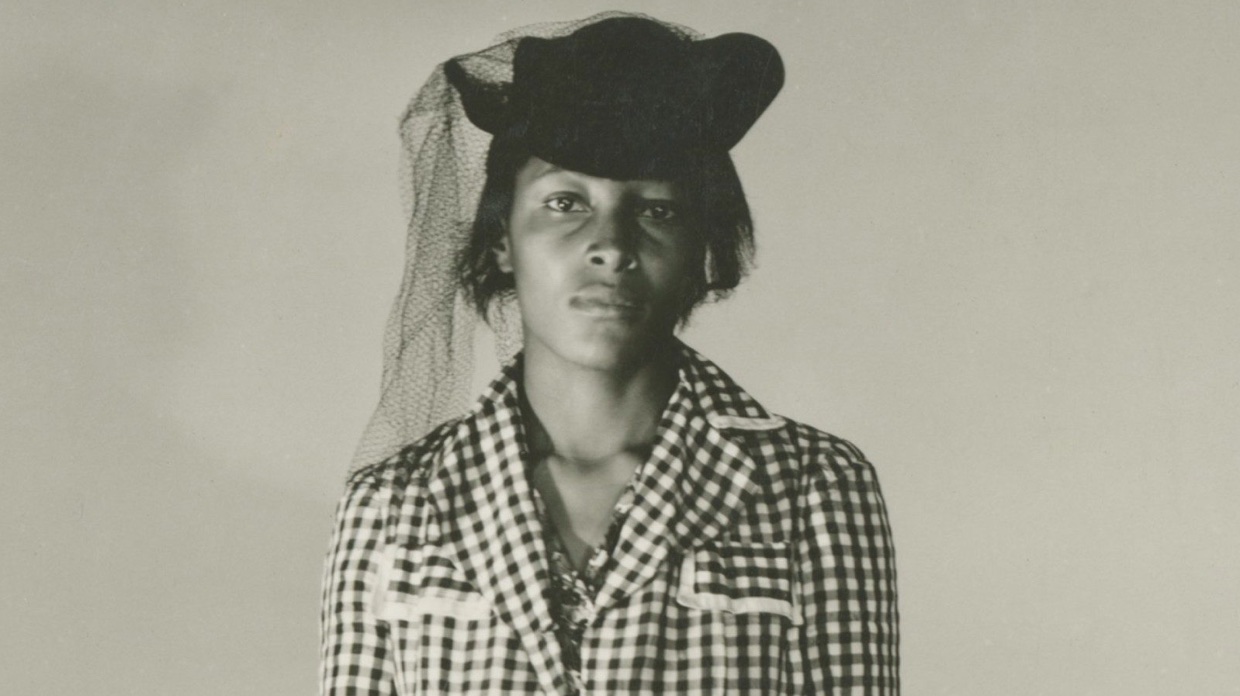 The Rape of Recy Taylor

by Soheil Rezayazdi
in Directors, Interviews
on Sep 29, 2017

Recy Taylor walked home from church on a warm September night. A 24-year-old black woman in Abbeville, Alabama, a sharecropper and mother, Recy was the most religious member of her family and regularly went to church by herself. A full house awaited her at home: her siblings, her father, her husband, and her daughter Joyce. The year was 1944. On her way home, a group of seven white boys abducted Recy and forced her into the nearby woods. The young men gang-raped her at gunpoint. One month later, an all-white, all-male jury refused to indict any of these men.

The Rape of Recy Taylor is the first documentary account of this horrific crime and the historic advocacy efforts it spawned. The film chronicles Rosa Parks and the NAACP’s campaign to find justice for Recy along with the larger role played by black women in the Civil Rights Movement. Director Nancy Buirski (The Loving Story, By Sidney Lumet, a producer on last year’s Loving) blends intimate interviews with Recy’s brother and sister with images from more than a dozen “race films” — features from the early 20th century made by black filmmakers for black audiences. Buirski culls many images in particular from the films of pioneering black filmmaker Oscar Micheaux.

The Rape of Recy Taylor premiered at the Venice Film Festival in September and will screen at festivals in Chicago and Woodstock this fall. Ahead of its screenings at the New York Film Festival, Buirski spoke with Filmmaker about the film’s provocative title and the vital (and often overlooked) role of women in America’s protest movements.

Filmmaker: When did you first encounter the story of Recy Taylor?

Buirski: One of the executive producers on the film, Amy Tiemann, gave me Danielle McGuire’s book, At the Dark End of the Street. Up until then I knew nothing about Recy Taylor or, most importantly, the staggering number of rapes that took place in the Jim Crow years in the South. I just wasn’t aware that it was as chronic and almost systemic as it was. So the first thing we did was put together a little money to go to Alabama and interview Recy Taylor and her brother and sister.

Filmmaker: How long were you in Alabama?

Buirski: We went back a number of times. It was 10 days here, 10 days there. I can’t even tell you the number of days, but there were at least four or five trips. All of the contemporary looking footage in the film is shot in Abbeville right where the events took place. The forest, the trees: All of that is exactly where it happened.

Filmmaker: One of the things I found striking about the film was the use of race films. At what point in the filmmaking process did you realize you wanted to use these images to depict Recy’s story?

Buirski: It was pretty early on in the process. I honestly don’t remember what triggered my interest. I thought they were beautiful to look at. They gave the film a kind of classical resonance that I wasn’t sure I was going to be able to achieve otherwise. I also felt that this film shouldn’t have recreations or reenactments in it. I felt like that was almost presumptuous to try to depict what something like this would be like. What the race films did for me moreso was to create a kind of metaphorical idea that these events happened to many women, not just a few. There was something almost symbolic about the use of them — not to distance you from the event but to enhance the experience and make you feel like there was something almost biblical about the evil that took place there.

Filmmaker: Can you discuss some of the specific race films you used to portray the era? How did you settle on the films you ultimately chose for the film?

Buirski: You know, that’s instinctive. You look at something like Within Our Gates and you see the depiction of a white man attacking a black woman, and it just seems to fit. That film had other resonance too because it dealt specifically as an answer to Birth of a Nation and how blacks had been depicted by mainstream cinema in those days. One of the issues that we have with rape in the deep South is that people didn’t report it. Women were afraid to speak up; that’s what makes Recy Taylor so important, because she did speak up. If people don’t report the rapes then newspapers don’t report them. So where do you see any representation of this? The race films actually do give us a representation of this kind of violence. Even if it’s not specific about our character, it represents the tension and the violence that people lived with in those days.

Filmmaker: Within Our Gates and a majority of the race films in Recy Taylor were by Oscar Micheaux. How familiar were you with his films before you began work on this project?

Buirski: I was pretty familiar with his films. There’s a wonderful collection by Kino Lorber called Pioneers of African-American Cinema. This is an area I’ve been studying for a while. Also, this is not a film where there’s a lot of footage to work with. With a little inventiveness, it becomes a kind of tapestry of archival footage, race films, and interviews that I think are beautiful. The voices of the brother and sister have a kind of bluesy quality to them. So much of filmmaking is about impression and feeling and emotion. Weaving all of this together to create some of those feelings and emotions, it was a real challenge, but I was excited by it.

Filmmaker: Much of the first half of the film hinges on interviews with Recy’s brother and sister, both of whom appear to be quite elderly. How did you prepare for these potentially very painful interviews?

Buirski: The family had been incredibly supportive. They wanted to have this story come out. [Recy’s brother] Robert Corbitt specifically has been pursuing this story, researching it and trying to expose this crime, for many years. He cooperated with Danielle McGuire on her book, and he was very excited when he learned we were going to do a movie. He did hours and hours of interviews. I prepared by doing my homework and trying to make people comfortable. That’s what I do in any situation. We didn’t have any trouble getting him to discuss it. The same thing with Alma Daniels, her sister. She was more than willing to discuss. She unfortunately has passed.

Filmmaker: I’m sorry to hear that. Has Recy seen the film?

Buirski: No, and she is not that well. She’s ailing. That’s why the interview with her is so limited.

Filmmaker: When you first began the film did you know she would appear very little in it, or is that something you figured out along the way?

Buirski: I didn’t know. The minute I realized she was alive we pooled together whatever money we could and went down to Alabama with the film crew. This was all virtually in the same week.

Filmmaker: Larry Smith, the local historian seen in the film, says at one point he’s uncomfortable talking about the case because “people are still living.” Did the two brothers of the defendants in the rape trial who also appear in the film express discomfort?

Buirski: I think there was a part of them that didn’t want to sit down, but they did. I don’t know what their motives were. We were just so happy to get the interviews because we felt it was really important to show people from that world. Our film passes enough judgement; I don’t think anyone would question where we come down in terms of the evil involved. But the film was also an opportunity to put viewers in a time and place and give them a sense of how communities like this existed. I’m very grateful to them. They spoke the truth that they know.

Filmmaker: The very title of the film feels like a bold act. Were you or your producers at all hesitant to put the word “rape” front and center?

Buirski: There was a lot of conversation about it. From the beginning I felt very strongly that we should do it. I felt that Recy Taylor had the courage to speak up and call it what it was and accuse her attackers. I felt we would be in some ways undervaluing that courage by not doing it ourselves. One of the hopes that we have for this movie is that it will get the conversation about rape and especially rape against black women in that period of time out there in the public. If you shy away from using the word, I think that contradicts that goal.

Filmmaker: In addition to being about Recy Taylor, the film is about the role of black women in civil rights protest movements over the past century. Why do you think the role of women in these movements is often overlooked or downplayed?

Buirski: Well, it’s taken us a long time to nominate a woman for the presidency. This is so ingrained in our culture and our psychology. When you think about how long it’s taken us to get equal pay, it shouldn’t be that surprising to think that women would be in the background. What’s extraordinary to me about the story we’re telling is how important women actually were in the burgeoning of the Civil Rights Movement. How the women at churches and community centers and other organizations really were the foundation of the Civil Rights Movement, and how little we’ve known about it. Part of the reason is that they had such an eloquent spokesperson in Martin Luther King, Jr. He drew our attention, and I don’t think women were sorry about that. They knew they had a wonderful way of getting the message out through him. Today, it’s really exciting to go back and recognize the role women played.

Filmmaker: In particular I love that the film includes voiceover of a letter written by Rosa Parks. Everyone is familiar with Rosa’s actions, but your film provides a platform for her voice as a writer, which I don’t think many people have read or heard before.

Buirski: This was a very important part of our story, because it links her work with Recy Taylor to the Montgomery bus boycott. This is a direct thread that was one of the reasons for making the movie, to see how all these stories are connected. As for the letter, number one it’s so powerful because it shows that she had been attacked and that she used the power of persuasion to talk this man out of actually raping her. How fascinating is that? To even know that this happened to her, it felt like a no-brainer to put that in the movie. But then with the letter itself, whenever you can have something as specific and as detailed as an actual letter that gives us a sense of who she is and how she thinks, to me it enriches any film. Even to put it on the screen so you can see her handwriting. That’s why I use the vintage footage. I look for ways of connecting viewers to as much detail and texture as one can.