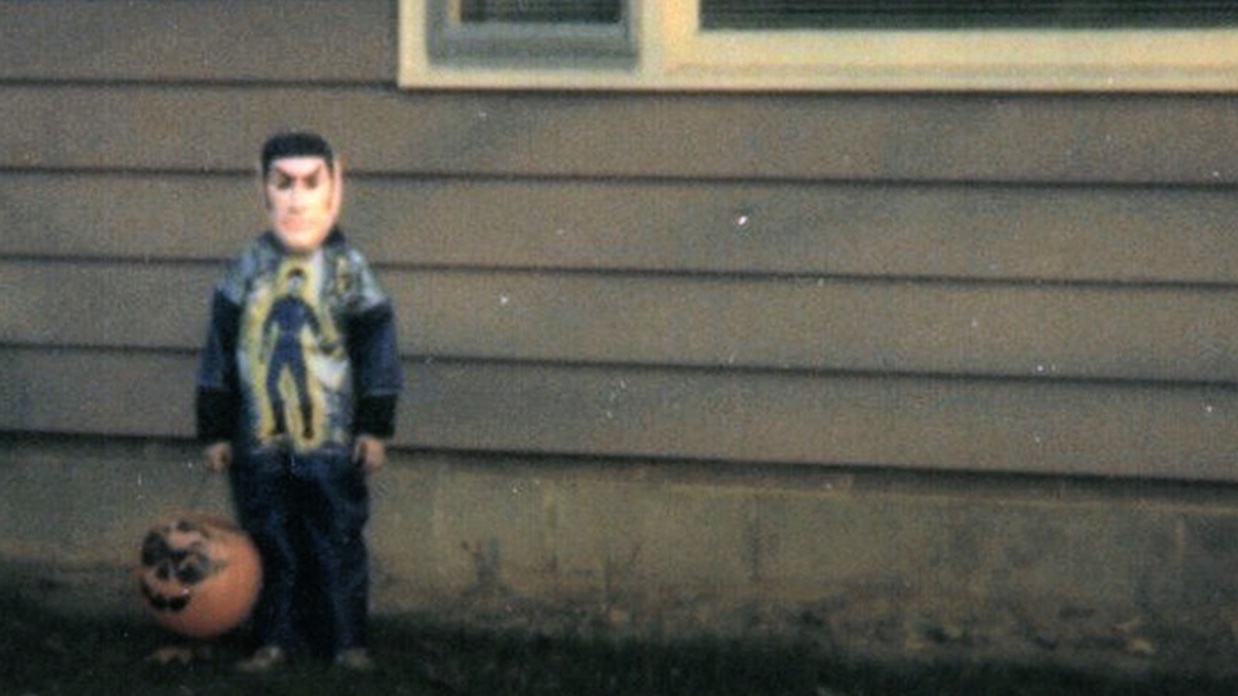 I love this short — The Polaroid Job — now up on the New York Times Op Doc page by producer, director and Sundance shorts programmer Mike Plante. A trip home to visit his parents leads to Plante sifting through stacks of their old Polaroids, photos that not only document family moments but also a family business. For a short time, while Plante was 11, his parents had “the Polaroid job,” a gig that involved taking a large-format Polaroid camera to various events — a store opening, a haunted house, etc. — and taking pictures of attendees posing with various superheroes, robots and Easter bunnies. Writes Plante in the intro, “The film is minimal on purpose, trying to replicate sitting in a room and showing friends a photo album or a slide show and talking over it.” That may be so, but the film also has a beautiful, formally precise, elegiac rhythm as it cuts between the square format Polaroids and insert shots that fill the 16:9 frame. The Polaroid Job is both family history — Plante uses these pictures to muse on his parents’ relationship — as well as an evocation of a more innocent time when a mom-and-pop business could make a go of it with just a simple camera and a closet full of charmingly cheesy costumes.

Bonus short: Made, Not Born. Writes Plante, it’s “a full roll of super-8 film my Dad shot in 1981. It’s referenced in PJ and I obviously fuzzed it out with a new soundtrack and goofy visual tricks. Human form vs film form.” (The sound design is indeed amazing — play it loud.)