Filmmaking and Filmmaker: Advice for First-Timers from a Journalist-Turned-Director 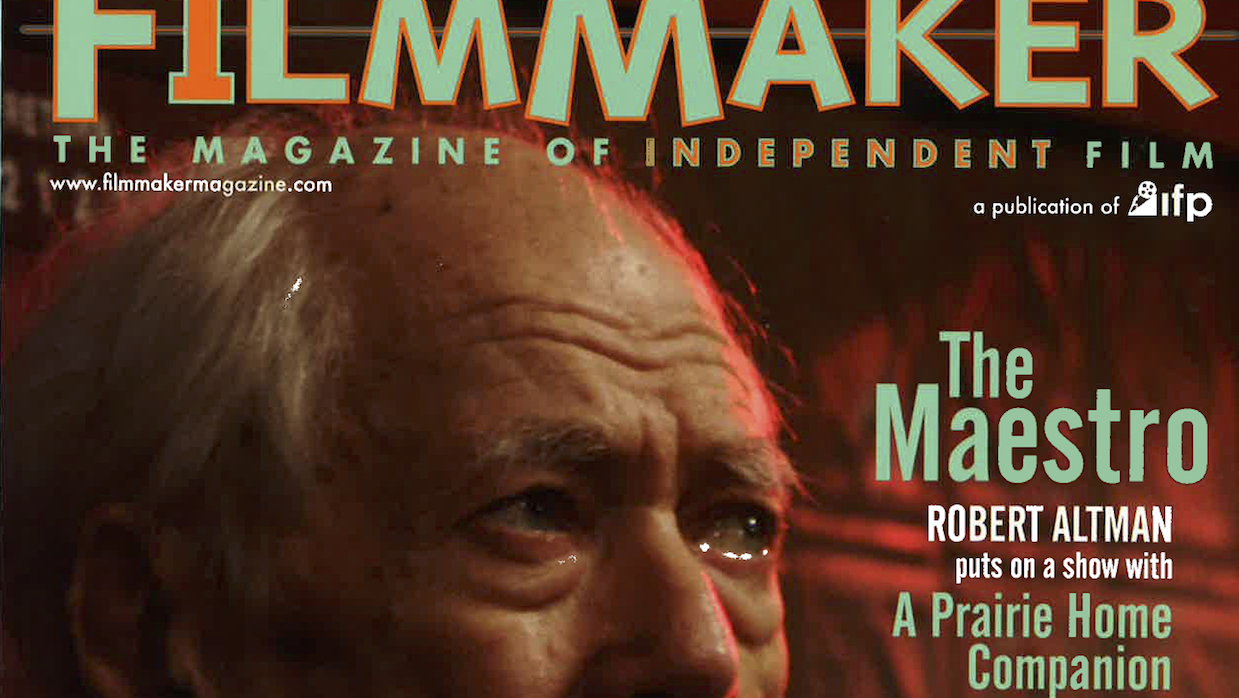 After shipping the Fall 2006 issue of Filmmaker, where I had been the managing editor for nearly four years, I moved to Los Angeles to start my career as a movie director, the only thing I had ever wanted to do with myself. I had just turned 30, and I was behind schedule.

At the time, my expectations didn’t seem so delusional. To begin with, I had found the story I needed to tell, something in a voice that was uniquely my own, and I wasn’t alone in my enthusiasm. I had a top agency and management company behind me, along with some blue-chip indie producers. If all went according to what I was being told, we’d be in production within a year, two max. And then it all started to fall apart, in super slow motion, for the next eight years, until it didn’t. There is a happy ending to this chapter of my life story — it just ended up being one long-ass chapter. 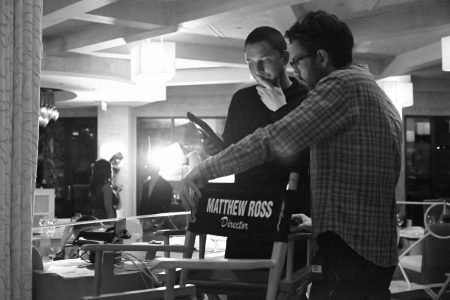 Matthew Ross on the set with producer Jay Van Hoy

But first: a brief recap of my years at Filmmaker, the quarterly indie film bible I had devoured religiously since college. It happened thanks to the strange kismet of the Sundance Film Festival shuttle service. It was 2003. By then, I had legit film journalism credentials, including gigs as a staff writer at Variety and as the senior editor at Indiewire. But at the moment I was covering the festival for a one-off freelance assignment. I was broke, frustrated and sorely in need of a gig that gave me some sense of forward motion. Even if I wasn’t a director yet, I still needed at least a steady paycheck and some form of self-expression.

Sitting next to me on a schlep from the Eccles to the Egyptian was Steve Gallagher, a tall, affable guy from the Bronx with a shock of red hair who looked like he knew his way around Sundance. We struck up a conversation. He told me he was the publisher of Filmmaker and that they needed a new managing editor — immediately.

Less than a week later, I started work in Filmmaker’s dingy grey office opposite the Bryant Park library in Midtown. $30k a year, no benefits, no chance of a raise. It was madness in all the right kind of ways.

The day-to-day office staff was minimal, to say the least. Just me, Steve and André Salas, our subscriptions manager and in-house go-to for all things Fassbinder, 1970s cult Euro horror and J-pop.

The editorial team consisted of me, senior editor Peter Bowen (a brilliant and wonderful man who moonlit for us while holding a full-time job at the Sundance Channel) and, of course, Scott Macaulay, Filmmaker’s co-founder and editor-in-chief and one of the most fearless producers in the business.

Scott was also a huge supporter of my writing, and he basically gave me free rein to interview just about every great director I sought out. The Filmmaker brand granted me virtually unlimited access to any director with a movie to promote, and I ran with it. Altman, Soderbergh, Linklater, Gondry, Claire Denis, Chris Doyle — thanks to Filmmaker, I not only had access to my heroes, I got to pick their brains, alone in a room, for an hour or so for our long-form Q&A features.

Of course, I never mentioned my own ambitions to any of them, but these interviews served as my film school. I realized early that if I asked directors specific questions about process, they’d invariably brighten up and engage with me. The result was a master class in film directing, and the trick was based on a pretty simple approach: Don’t ask these men and women to tell the same stories they’d been repeating all day (or all week, or all year) about their film’s “message” or what it was like to work with Morgan Freeman or Meryl Streep. Ask them the real shit, from macro questions about how their film’s visual scheme was conceived and then actualized to brass-tacks stuff about coverage, working without any real rehearsal time and what sequences were crafted on the fly and with a drastically reduced shot list because of some unforeseen nightmare that arose. Ask them about directing for the edit (which is all you’re directing for anyway) and who their influences were, and how and where those influences could be felt, whether it be tonally or within a specific camera move.

My takeaway: dozens of lessons of every sort. Here’s a sampling, off the top of my head, from the profound to the profoundly insignificant yet deeply helpful:

But it wasn’t just the masters who graced our covers and got eight pages of copy who provided me with some of the biggest lessons. It was the up-and-comers, the 25 New Faces selections and the first-time sensations. Some of them would make good on their early promise. Others would fade from sight, sometimes because they got lazy or sometimes became assholes who alienated the people who helped get them there or sometimes because they only trusted themselves. From those nonsuccess stories, I came up with a list of promises to keep once I got my shot:

Let’s limit ourselves to the concept of the actor or actors one needs to greenlight production. To find financing within the broader film industry, you may not necessarily need an Oscar winner, but you do need someone who “means something,” in Hollywood parlance. I’ve always found that phrase pretty telling, especially so its opposite: “Oh, that guy, he doesn’t mean anything.” Tell that to his girlfriend, or his kid, or his dad. And I’m using the male pronoun because that’s who I needed on my first film. To find a male actor, “a Frank,” who would make a financier open their checkbook, was the only path because Frank is in every scene and Lola is not.

For any first-time director, that’s a maddening task, for many reasons. Here are a few:

For eight years, I chased a carrot while trying to gather ants with a spoon in my left hand and herd cats with my right. It sucked. New York to L.A. and back again. I crashed on couches and in motels and even spent a night or two in the ’83 Mercedes diesel Coupe a friend had mercifully tossed my way. The only constant: Frank & Lola in heartbreak city.

At a certain point, most of my staunchest friends and supporters had begun to encourage me to move on. In the eyes of nearly everyone I loved and respected, my once admirable force of will and determination had somehow morphed into a weird, delusional optimism, and people were seriously concerned about me. After eight years, I had become the fool on the hill. But if I quit, that would mean I basically wasted my entire 30s on something that didn’t exist. Besides, what the hell else was I supposed to do? I was incapable of walking away. And I still had a few people in my corner.

And then the universe finally decided to throw me a bone.

October 2014. I’m sitting on an air mattress at my soon-to-be assistant’s house in downtown Las Vegas, where the production had been moved to chase yet another failed financing deal. This time, with actors in place and a crew waiting, I know we won’t have another shot at getting the film made. By the end of the weekend I’ll have to move into my mom’s spare bedroom in Morningside Heights.

Then the phone rings. On the other line: very good news. I had a movie to make. A lot of people might have given up on me by then, but not Scott. He was one of the first people I texted. His response, “Great to hear. Best of luck. Can’t wait to hear the stories when it’s over.”

I tried all of the lessons described above to help me pretend like I’d been there before. I definitely changed my socks every day. I also had the most fun I’ve ever had, with the some of the best and most talented people I’ve ever had the pleasure to know (let alone work with), and I absolutely — 100% — took none of my good fortune for granted. I treated every day on set or in prep like it was the best day of my life, and that’s because it was. Filmmaking is a brutal (and often ugly) business, but sometimes things work out in the best possible way. When that happens, you feel like the luckiest human being on planet Earth. I certainly did.