True/False: A Place for World Premieres? 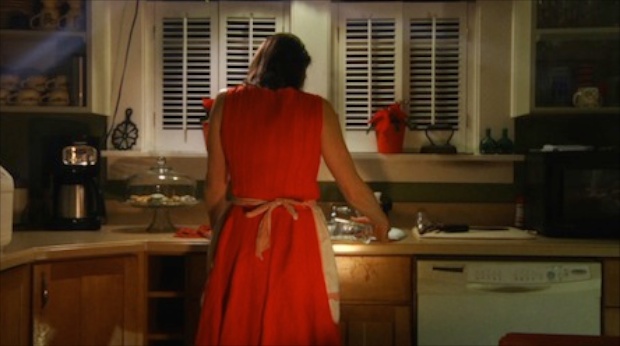 Despite its stated policy about not announcing a film’s premiere status, is the True/False Film Fest the new place to launch your documentary? In part one of a three part series, filmmaker and writer Robert Greene will chronicle the fortunes of five films that will world premiere at the 2014 True/False Film Festival, including his own, Actress.

No film festival has meant more to me than True/False. My last two films (Kati with an I and Fake It So Real) began their lives in Columbia, MO — in front of the festival’s famously engaged crowds, amidst its street parades and pre-movie buskers, alongside some of the best programming in the world.

True/False was therefore the natural place to launch my new film, Actress, and I was incredibly excited it got accepted. Many of the formal ideas at play in the movie (such as the role of performance in nonfiction and the tensions between structured and serendipitous realities) are discussed and celebrated every year in Columbia. These ideas are so deeply a part of the festival that they’re embedded in its name.

Still, despite the festival’s growing reputation as one of the best-curated documentary showcases on earth, the decision to launch at True/False is sometimes met with some head scratching. This is due in part to the festival’s general disdain for what might be called the “premiere game,” the highly politicized competition among festivals for first showings — a draining system that often forces filmmakers to make difficult choices between festivals, a situation that I and many others (including many programmers) believe hurts filmmakers.

Where a filmmaker chooses to world premiere a film is very important to its viability, and only a handful of festivals are considered legitimate options if he or she wants the necessary attention from distributors, press and other festivals. Despite its premiere-friendly timing in late February between Sundance (in January), SXSW (March) and Tribeca (April), and unlike almost every other film festival out there, True/False opts out of this game by choosing not to make too big a deal about which films they’re playing before anyone else.

“From the beginning,” festival co-founder David Wilson told me in a statement, “True/False has been committed to showing our favorite films, regardless of where, when or how many times they’ve played.”

This laid-back, “movies first” feeling has always been part of what makes the festival so appealing. In the past, True/False, which has little of the market infrastructure that some bigger premiering festivals have, became the launching pad for quality films almost by accident, because they had sometimes inexplicably fallen through the cracks. Their “soft launch” approach helped past films like Only the Young and The Waiting Room find their audiences, for example.

This year is a little different, however. Not only is my film premiering there, but True/False is launching several other titles as well. Jessica Oreck’s The Vanquishing of the Witch Baba Yaga, Amanda Rose Wilder’s Approaching the Elephant (two films I helped make), Joe Callander’s Life After Death and Ryan Murdock’s Bronx Obama are all starting their lives at True/False 2014. Without sounding too self-promotional (and though I haven’t yet seen Bronx Obama), I can safely say that these films all had other options for premieres but are choosing to go with True/False.

So is the festival now a premiere event? Do these launches signal a change in direction, or is the amount of premieres this year an anomaly? Even though I’m thrilled Actress will be getting its first screenings ever at T/F, you won’t find the words “world premiere” anywhere on their website or in their promotional materials. Then why premiere there?

“We don’t announce when a film is showing for the first time at True/False,” added Wilson. “We don’t care if the filmmakers do, we’d just rather use our limited press time to talk about the content of our lineup.”

In practice this means playing brand new films as well as movies like Rachel Boynton’s Big Men, which premiered almost a year ago. “We will show any film,” said Wilson, “However, we are most interested in films that we can play a role in helping to bring to a wider audience.”

This attitude helps True/False stand out in a festival environment that often allows premiere status to trump quality in terms of what gets programmed. It’s not that all other programmers besides True/False are obsessed with premiere status (I strongly believe most just want to play and support the films they love), it’s that the bigger festivals are often slaves to market forces that make programming only part of the equation.

Distributors and press are often only interested in coming to festivals that host a certain amount of world premieres, for example. At its smaller size (they’re playing only about 40 new features this year compared to a festival like Hot Docs, which plays over 100 films) and relative independence, True/False has perhaps an easier time playing by its own rules.

For me, starting there was a no-brainer, not least of which because the festival just launched the revolutionary “Pay the Artists” program. Getting paid real dollars sure beats paying for your own flights and hotel, a practice that a few festivals have been turning to in the past few years.

But what about the other filmmakers premiering at True/False?

I should say here that I’m obviously not objective when it comes to parsing all this out. True/False has supported my work in ways that no other festival has to date, and I’m clearly invested in them being as successful as possible this year. Still, I think there’s value in assessing the risks and uncertainties about this premiere question from the filmmaker’s perspective. This piece is meant to take the temperature of the filmmakers going this route before the festival. In future installments we’ll check in to see how it went.

“I want my film to premiere at True/False because I want to go and see the other films they program. In my mind there’s a lot to that – to parallel sensibilities/mutual respect between filmmaker and programmers,” said Wilder of Approaching the Elephant.

“2013 was my first experience at True/False with Tina Delivers a Goat,” said Life After Death director Callander. “At the time, I was a completely unknown filmmaker, showing up with a two-minute film. But T/F still covered my room and treated me like family.”

The festival certainly has a reputation as being among the most filmmaker-friendly events on the circuit, with a palpable sense of community throughout. But does that make it the best place to start the life of your film? “Sure, I want my film seen by as many people as possible,” added Wilder. “But that doesn’t necessarily happen by premiering at a ‘market’ festival. We tend to make the mistake that bigger is better. A small, enthusiastic, nurturing community of like-minded people can give a film more of a leg up than a larger festival where the filmmaker/film establish more numerous but looser ties.”

“I’ve done the bigger film fest thing,” added Vanquishing director Oreck. “And it’s not that I’m not deeply grateful to those festivals and programmers. They helped me get to where I am. But I’m ready to try something new. The system needs to change. Gotta start somewhere.”

This fighting spirit is one of the reasons premiering at True/False is so enticing. By going a more adventurous route with a festival that doesn’t do many of the things that premiering festivals may be expected to do, there is absolutely a sense of choosing to be a part of something, and this is one of True/False’s major advantages.

But that doesn’t mean it’s the smartest “business” move. I put quotes around business because, although all of these films will likely find healthy lives outside of the festival circuit, no one’s buying a yacht off documentary ticket sales. This, of course, makes your festival strategy even more important if you want to get your film out there.

“I always feel like I have to explain the decision,” says Oreck, whose film will be going on to play at New Directors/New Films, among other places. “But it’s hard to understand the move if you haven’t played the game.”

“Oh yeah. It’s exasperating,” added Callander, when asked about whether people have questioned his decision to start at True/False. But he went on to say, “I fully support T/F’s vision of building a different kind of festival that isn’t so hung up premieres. By sidestepping the premiere hustle, T/F doesn’t have to focus on WHO’S HOT WHO’S COOL HOW MANY PREMIERES CAN WE SLAM THROUGH THIS YEAR.”

Mostly this puts pressure on the festival to step up and deliver to filmmakers that clearly value their unorthodox methods and passion for programming – and even their sense of opting out or disrupting the current premiere system. Sometimes, though, it seems that True/False might be playing semantic games that don’t necessarily make sense. But my experience as a filmmaker has been tremendous so far, less than week out (as of this writing) from the world premiere of Actress. And with the energy (including press attention and the loyal attendance and involvement of plenty of industry heavyweights) surrounding the festival in the last few years, an energy largely generated by True/False planners themselves, I’m confident this is the right way to go.

“Our commitment, first and foremost is to the films we love,” says Wilson. “We endeavor to be tireless champions of these movies, hypemen, exhibitors and trusted advisers all in one. We are passionate about movies and fervent in our belief that the festival system CAN be improved.”

There is great responsibility in a festival asking filmmakers to trust them to launch their films. How True/False handles this likely transitional year will go far in determining its future with respect to launching films. And there’s a real sense among filmmakers premiering their movies there that this decision is kind of like an act of defiance. We basically don’t want to be penalized for playing our film at a festival we’re excited about, especially one with such a great reputation. True/False may be lurching into uncharted waters without a full grasp of the language they want to use or how tough it might be to really prepare a movie for liftoff, but they certainty have the support of their filmmakers.

“I think (True/False) is on the right track with pretty much all of it,” added Oreck. “It seems like filmmakers are finally reaching a threshold – a level of agitation that I hope will instigate a change. To liken it to a pot boiling over feels a bit dramatic, but that’s the way I’d like to imagine it.”